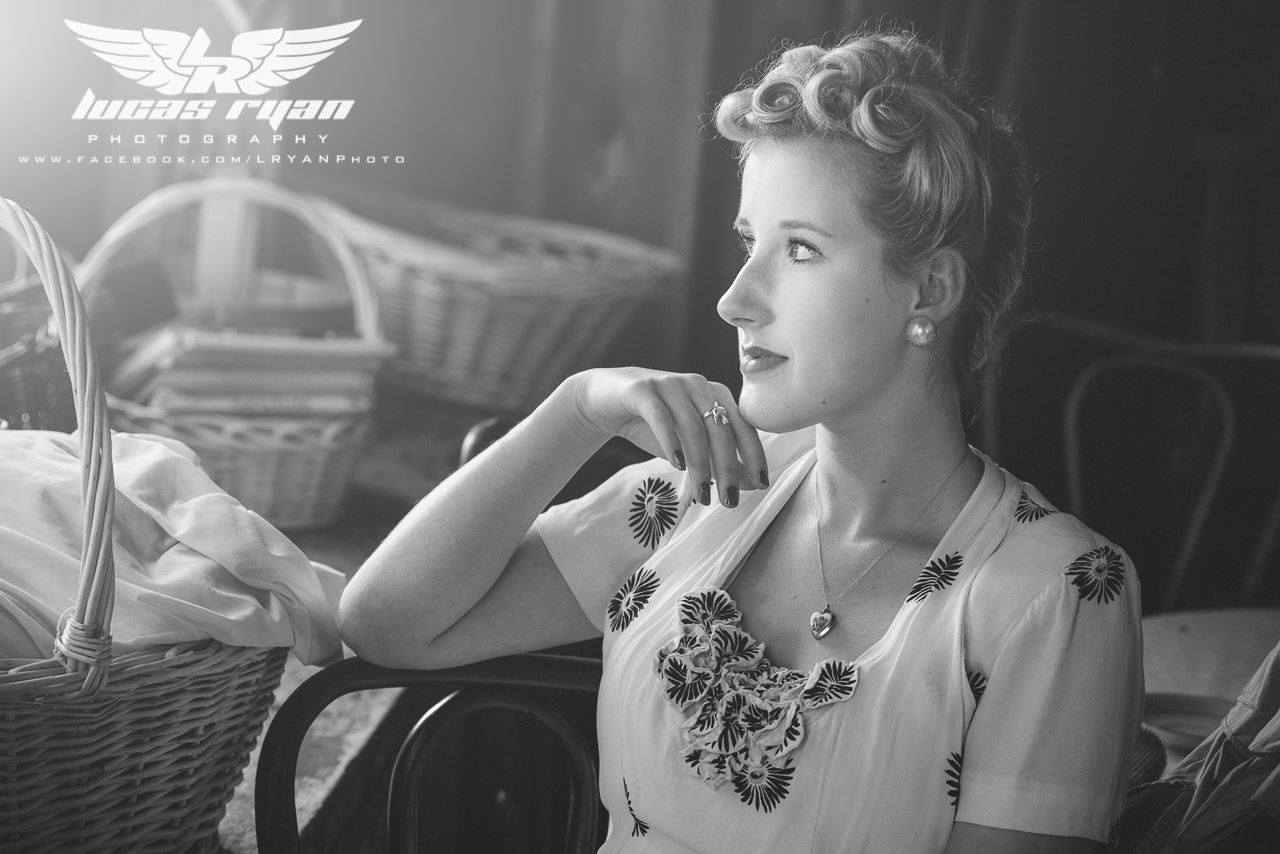 Hannah Hoffman has never been one for clichés.

She grew up attending Catholic schools for a majority of her life. Her family resided on the border of Michigan and Indiana in the town of Edwardsburg. Both of her parents were state police officers – one for Michigan and one for Indiana. Hoffman’s life has always been just a bit different from her peers.

One would never guess that Hoffman, a Central Michigan University junior, sister of Alpha Chi Omega and social work major, is also an active member of the Historical Reenactment Society and has participated in World War II reenactments since she was 15-years-old.

On a chilly, fall day in 2011, Hoffman attended the annual “Lest We Forget” patriotic display in Benton Harbor, Mich. Having bonded with her father and grandparents over war feature movies and various airshows throughout the span of her childhood, she had always found herself interested in the events and lifestyle that took place during the World War II era. So, when a group of reenactors personally asked Hoffman to model for the display’s 1940s fashion show, she eagerly accepted their offer.

“I was hooked,” Hoffman said. “I felt as if I couldn’t get enough of the ‘40s and anything relating to it at that point.”

Although sticking to her feminine roots and admitting to adoring the style of the 1940s, Hoffman upholds the HRS code of “more majorum,” which means in the tradition of those before us. She admits that reenacting is so much more than the frilly dresses and military caps to her.

“To me, it’s one of the best ways we can both honor our veterans and educate the public simultaneously,” Hoffman said. “A lot of school field trips take place during our events, which allows the kids to wear authentic military uniforms and see the war-time equipment first hand, as opposed to simply reading about it in a text book. That is the most important thing – representing our veterans and keeping their memories alive through a younger generation.”

While World War II reenacting has contributed a great deal to Hoffman’s decision to major in social work, and even more so in her decided route of military social work, nothing has inspired her more than her own father.

A self-declared history buff and Marine Corps veteran, Michael Hoffman passed away in July of 2015 and has left a lasting effect on Hoffman and her decision to specialize in military social work.

“His death was the main reason I decided on that major. It helped me gain a new appreciation for our active military members and veterans, and I saw first hand how veterans struggled and fell through the system,” Hoffman said. “I wanted to be someone who could help those people.”

Her appreciation did not go unnoticed, especially by the HRS.

In October of 2015, Hoffman was awarded a $500 academic scholarship due to her active involvement in “Living History,” her 3.71 cumulative GPA and continuous dedication to helping veterans. While Hoffman is ecstatic that she received the scholarship through the HRS, she finds herself even more grateful to have found a second family in reenacting her favorite era.

“Some of my very best friends have come from the years of long weekends of events, and I couldn’t imagine not having those people in my life,” Hoffman said. “Not many 19-year-old girls can say that they have over 200 men with tanks and guns to protect them, but I can and I’ll never stop being grateful that reenacting brought that to me.”