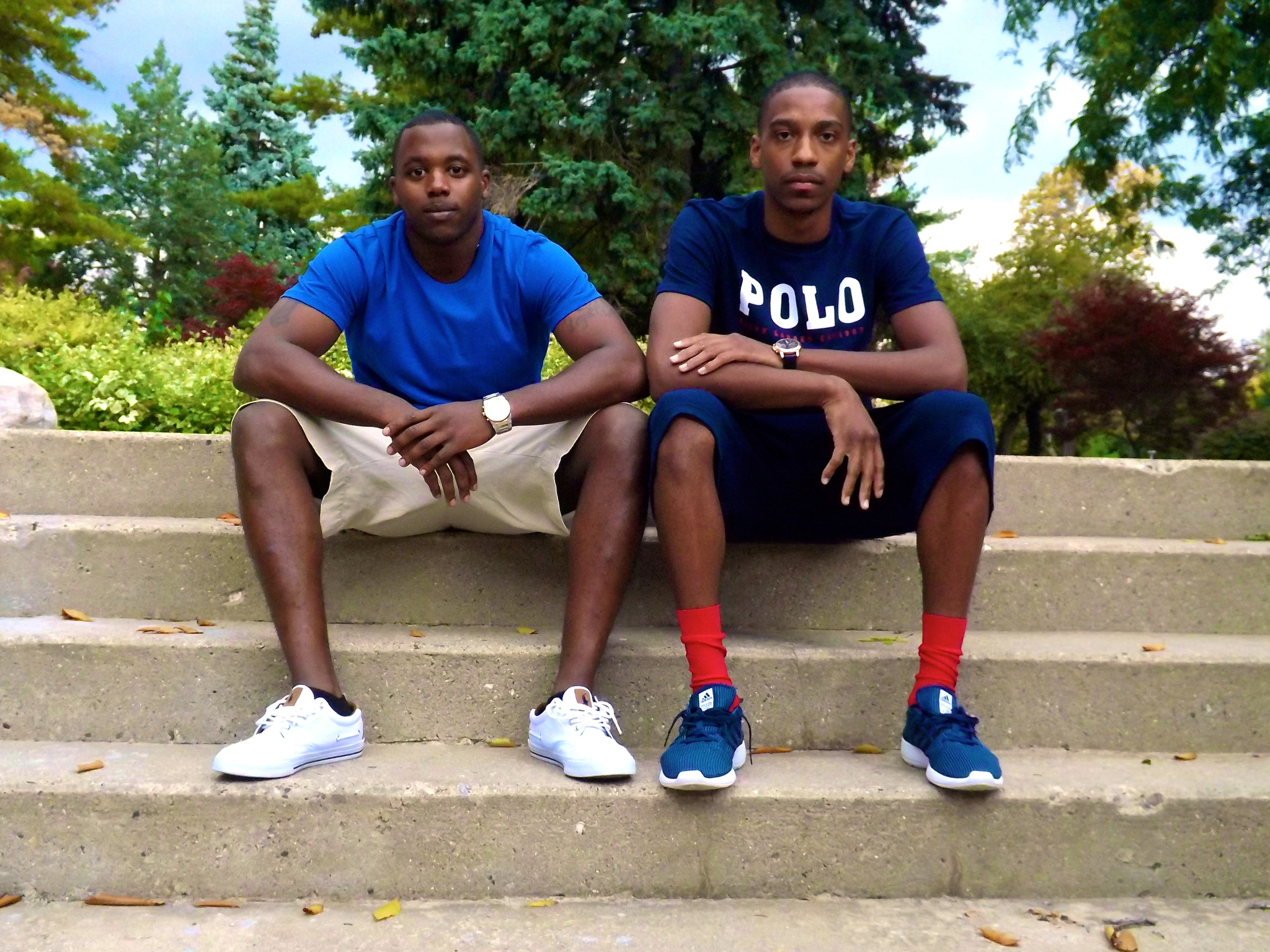 For Tim Crosby and D’Andre Stedman, rapping was always just a hobby.

Starting as something the two enjoyed, rap got into their blood; it became their passion. And with that, their music group, 4 Seasons, was born.

“It was funny how it started,” Crosby said. “Kids came up to us and said, ‘You guys are kind of good, what’s your rap name?’ and D’Andre looked around and said ‘4 seasons,’ and it has just stuck ever since then.”

These Muskegon seniors, who take the stage as Top Notch and Fresh Foxx, are certainly not new to the rap game.

“In eighth grade me and my friend used to freestyle all the time and just mess around, write stuff and listen to instrumentals,” Stedman said.

For Crosby, his passion grew to a new level when a close friend encouraged him to perform at a venue known to all in the Mount Pleasant community: Wayside Central.

It was then that Crosby and Stedman solidified their skill, opening for famous rapper Huey Mack at Wayside this past spring.

“It was a cool experience,” Crosby said. “The whole day you’re practicing your lyrics and you go to sound check and everything – it was just a fun-filled day leading up to the concert.”

While taking the stage is an experience he’ll never forget, Stedman said the best part about performing is having the crowd recognize the hard work that goes into creating music.

“It’s quite an experience and when the light just hits you, it’s a whole other ballpark, “Crosby said. “To see everybody vibing to your music that you put your heartfelt emotion into (is incredible). You already know what songs you’re about to play, so anticipating everybody else getting ready to hear your music is hype.”

Every star has their pre-performance routine, so what is 4 Season’s?

“While I’m rehearsing, I like to visualize that I’m on stage already,” Crosby said. “So not only am I going over my lyrics, I’m doing my movements with it, too.”

Crosby believes with rap, it’s easy for people to get the misconception that creating beats and lyrics is easy, when in reality – this is hardly the case.

“They think that when we make a song, we just go in there and rap over a beat, but there is so much more that goes into it,” Crosby said.

Although Crosby accepts all support, he apprecites fans that have been around from the beginning.

“I don’t want people to be that person that doesn’t listen or support the music group – but then (suddenly) supports it later,” Crosby said. “Be that person from the beginning. I think it would be great to build a foundation on liking something new. People always follow the hottest thing instead of making something hot.”

With a mixtape in the works, Crosby believes 4 Seasons is heading in a positive direction.

“I hope to just spread throughout campus and make our music more well-known,” Crosby said. “Ultimately, I want to be able to walk to class and have someone pull out their headphone and say, ‘Hey, I’m listening to your music right now’ – that would be the coolest experience ever.”​