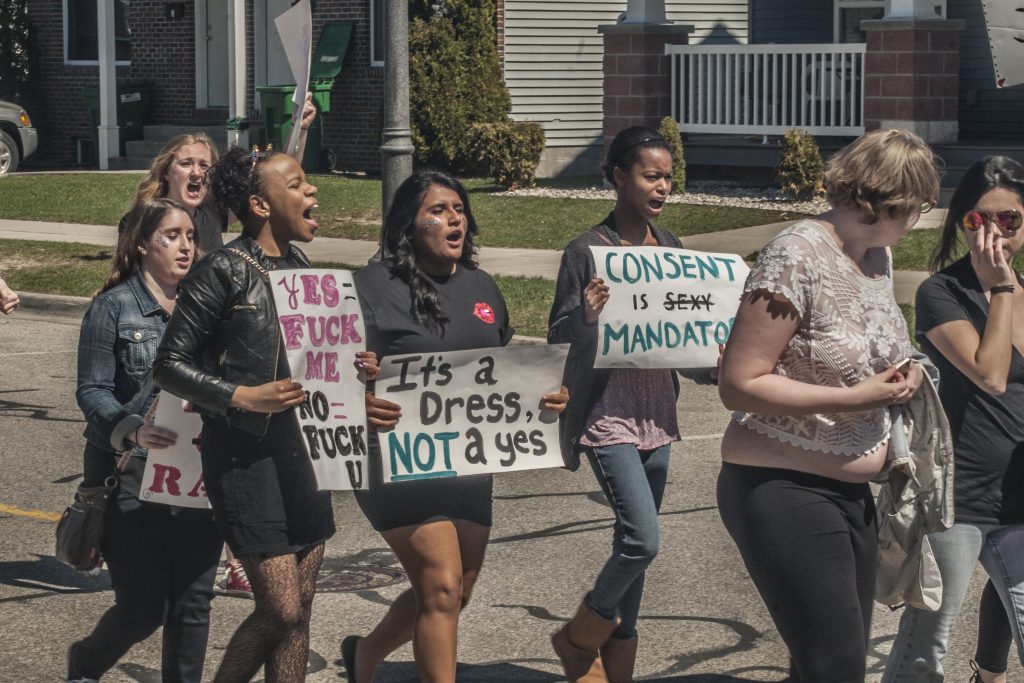 On April 15, Central Michigan University will be hosting their annual SlutWalk put on by the Organization of Women Leaders, also known as OWLs. The SlutWalk will begin at 1 p.m. on the UC lawn, and they will be walking down South Washington to Lot 3 in downtown Mount Pleasant, then coming up Main St. to get back to the UC.

The vice president of OWLs, Flushing sophomore Emily Jones said, “The process of putting SlutWalk together is long and strategic. OWLs pushes to grow our members into leaders through activism, and SlutWalk planning is a perfect example of that. We break up general members into categorized groups to plan fundraising, safety/PR, and speaker aspects of the event. Myself and our president, Ashleigh Laho, run logistics of the march that include the permits, contact with police, booking spaces and making sure everyone is on task. Overall, it’s a long but exciting process as we look forward to SlutWalk.”

According to the OWLS Facebook page, the SlutWalk stems from an incident in 2011 where police addressed at a York University safety forum at Osgoode Hall Law School about rape on campus. The officer said that if a women does not want to get raped she should not dress like a slut. After that statement and others about blaming rape victims, the Slut Walk was started on campuses all over the US and Canada.

“SlutWalk is such an important event to be a part of,” Jones said. “Sexual violence on college campuses is so prominent and the ways universities and other officials handle these matters needs to be addressed and changed. Rape culture is so alive in our country and it’s hidden in media and just the way we’re raised. I see SlutWalk as starting an intersectional conversation, but also more than that. I see it as recognizing that these issues are happening and we’re going to continue to fight against it and fight for significant change.”

Starting now until April 15, OWLs will be hosting promotional events that all are welcome to come and participate in.