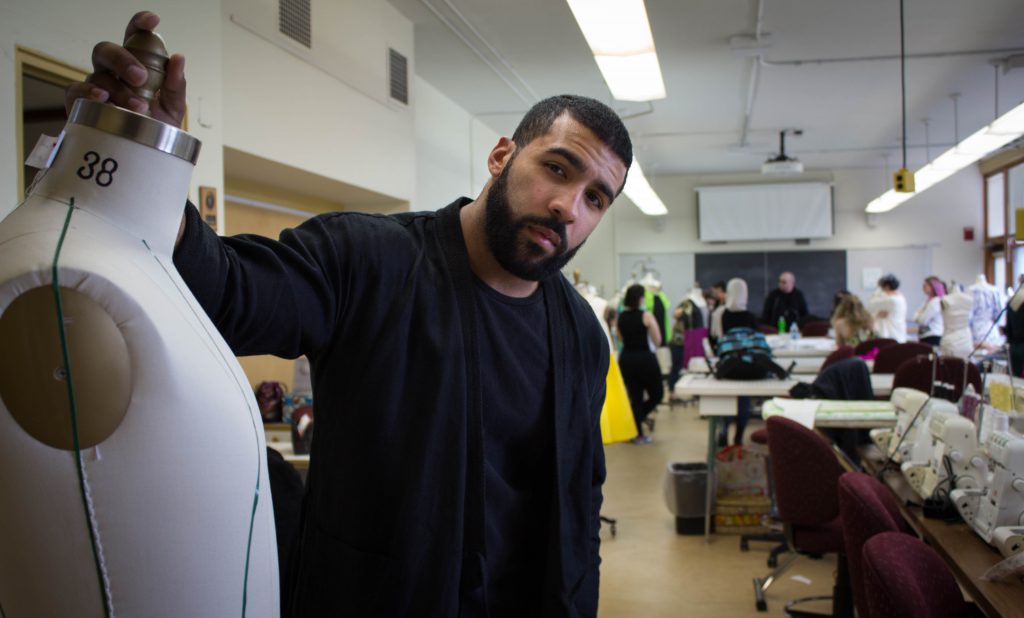 Born in Detroit and now living in Flint, junior Brandon York had originally attended community college and was studying to become a police officer.

York decided to become a police officer after realizing he wasn’t sure what he wanted to do after high school.

“I’ve always been in sports. I’m a very physical person. I like to help out people, so I figured that would be a good way to kind of do both,” York said.

But after unarmed black teenager Michael Brown was shot and killed by white police officer Darren Wilson in Ferguson, Missouri in 2014 the riots and the unrest in society’s perspective on law enforcement was enough to deter York from his plans.

York had already put in multiple years at community college when he changed his mind. So he came to Central Michigan University at 21 years old and started his college career over as a freshman.

At first York was a fashion and merchandising major with a fashion design minor, but because of finances and time constraints he decided to change his minor to advertising. 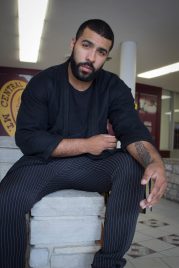 “I’ve always liked clothes as a little kid, just like going shopping with my mom… I’ve always been good at putting outfits together, and I just like the creative aspect of fashion. I’m a very creative person so I figured why not do something that I can implement and use my skillset with,” York said.

York recently accepted an internship with “Good Boy Clothing,” a small Flint company that makes streetwear. He will be working on the floor of the showroom, in management, and in the production room as well. He’ll be helping develop and coming up with new products. And although his home and internship are in Flint, Detroit remains a big factor in York’s life.

Detroit has had a major impact on York’s style and has helped inspire his personal fashion sense.

“Just kind of like the way Detroit is… It plays by its own rules. It has its own unique footprint. Detroit doesn’t try and be something it’s not and I’m kind of the same way. When it comes to my style I just do and wear what I want to wear. I don’t really care about rules and how other people perceive me,” York said.

Another inspiration for York’s personal style and fashion is Kanye West. York loves his persona and his mentality.

“He genuinely doesn’t give a f*** about what other people think and I just think it’s crazy… like his success… he wouldn’t have the level of success he does now if he didn’t have that mentality. I just aspire to him as a person in general. Plus his clothes and outfits are always really dope,” York said.

He also finds inspiration from Virgil Abloh (Louis Vuitton’s Men’s Artistic Director), Jerry Lorenzo (an L.A.-based designer), a local Chicago rapper called Mick Jenkins, people on social media, and people he sees around school. His favorite form of social media is Instagram, which is where he posts a lot of his content and where he gets a lot of his inspiration from. You can follow him here.

“Random people inspire me the most really.”

On top of being in the advertising and designing parts of fashion York is also a model. He 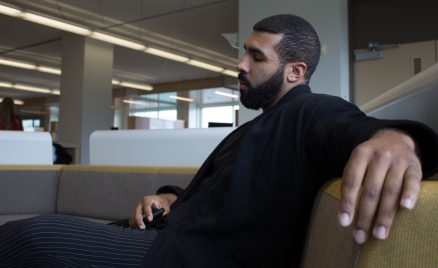 modeled for Threads in 2017 and has modeled a number of times for “Grand Central Magazine.” While he doesn’t have any professional experience yet he still models for photographers and for his own photos as well.

York has only recently begun dabbling in photography after attaining his first DSLR, the Canon Rebel T5. He also just bought his first film camera as well.

“I’ve always taken photos on my iPhone, just uploading them. Instagram is my favorite social media. So I just wanted a way to capture better content and kind of turn it more into an art form,” York said. “I don’t take it too serious. It’s more just like a hobby.”

Photography isn’t his only hobby. Being a fashion major, advertising minor, amateur photographer and model, York is also a hobby poet.

He didn’t take his poetry seriously until high school where he learned that he could use it as an art form to express himself. He also started using it to help friends and rappers write lyrics for their music.

Out of all of the art forms that York participates in he doesn’t feel there is one particular type of expression that benefits him more than another.

“With fashion people get to see how you express yourself. With poetry people get a better idea of how you think, how you feel, like things going on mentally that they can’t see. And then with photography, like unless a photo is edited a photo is a photo. You captured it as truth. It’s like proof of whatever existed at that time,” York said.

If he had to choose, York would like to be a men’s stylist for a magazine company like “Complex” or even a stylist for celebrities or rappers. As for his dream job? 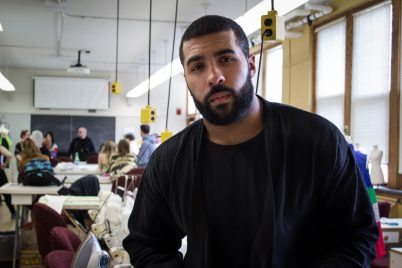 York plans on joining the Navy after he graduates to follow in the footsteps of his step-brother and his step-dad. He also wants to join because of the chance to travel and the many benefits that joining the military has to offer.

“You know one soldier isn’t really going to make a difference, but the fact that I can be a part of something that allows oppressed people to help get their voices heard and make change… that’s something I can appreciate,” York said.