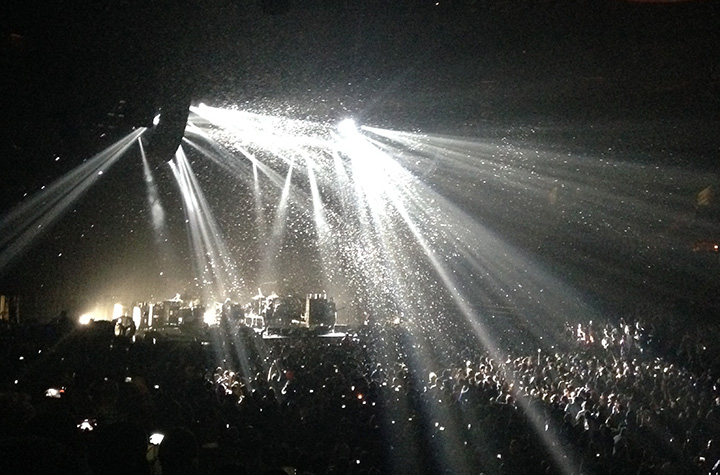 The Palace of Auburn Hills was filled with neon lights and electric sounds on Tuesday, Feb. 11., for the much-awaited Kings of Leon Mechanical Bull tour show. This tour was the band’s first since the controversy of lead singer Caleb Followill’s stint with alcoholism.

In the beginning, when the Nashville natives created KOL in 1999, the Followill brothers and their cousin had a more Southern rock and blues mixed sound. Over time, their music has changed to a more alternative feel. 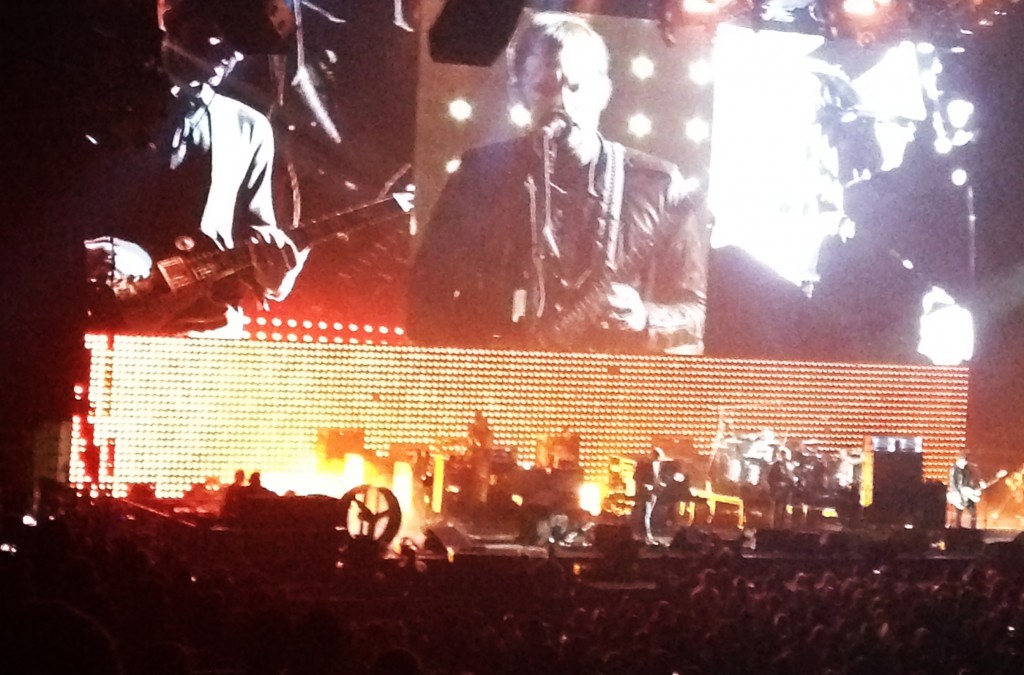 This was my first KOL show and hopefully it will not be my last. After years of following their music, I am a fan of all six albums, and they did not disappoint during the concert as far as playing a mixture of both old and new songs. With a set-list of nearly 20 songs, we definitely got our money’s worth. The band played a three song-encore to close out the night, ending with the fan favorite “Sex on Fire.”

One of the best aspects of their performance was the raw sound of Caleb’s voice. His raspy tone is pure to the ear, and I am personally a fan of the genuine, untouched sound. The emotion of “Beautiful War” and “Cold Desert” really showcased the reach of his vocals and just how talented he is.

At one point during the concert, Matthew, the lead guitarist, was playing his instrument on his mouth. I really can’t describe how interesting and unique this was. It was not only entertaining; it was so impressive to see how well the band played live. Sometimes at concerts, like at a MGMT show I attended this past summer, the band just basically stands on the stage and plays. I am the last person to ever to judge the way someone is playing an instrument, because I barely got the hang of the recorder. However, if you are on tour for a concert, I think performing is part of the task. And Kings of Leon performed.

The visual elements of the concert were another huge contributing factor to the show’s overall “wow” impression.  The lighting was so powerful. The production went along with the rhythm of each song, and during key parts the lighting would change to reflect the beat and mood conveyed. Another aspect of the overall visual appeal had to do with the background projection. During “Supersoaker,” for instance, there were old-fashioned pin-up girls dancing on display, and it was a lot of fun to watch during this upbeat song.

Kings of Leon put on such a great show, and I left the concert very pleased.  I’m glad to see, after the difficulties they have had to overcome, how well they pulled together to go on tour again successfully. With the alternative genre growing, many bands have tried to find the unique sound Kings of Leon have. Especially after attending their concert, I can’t see another band topping their sound.