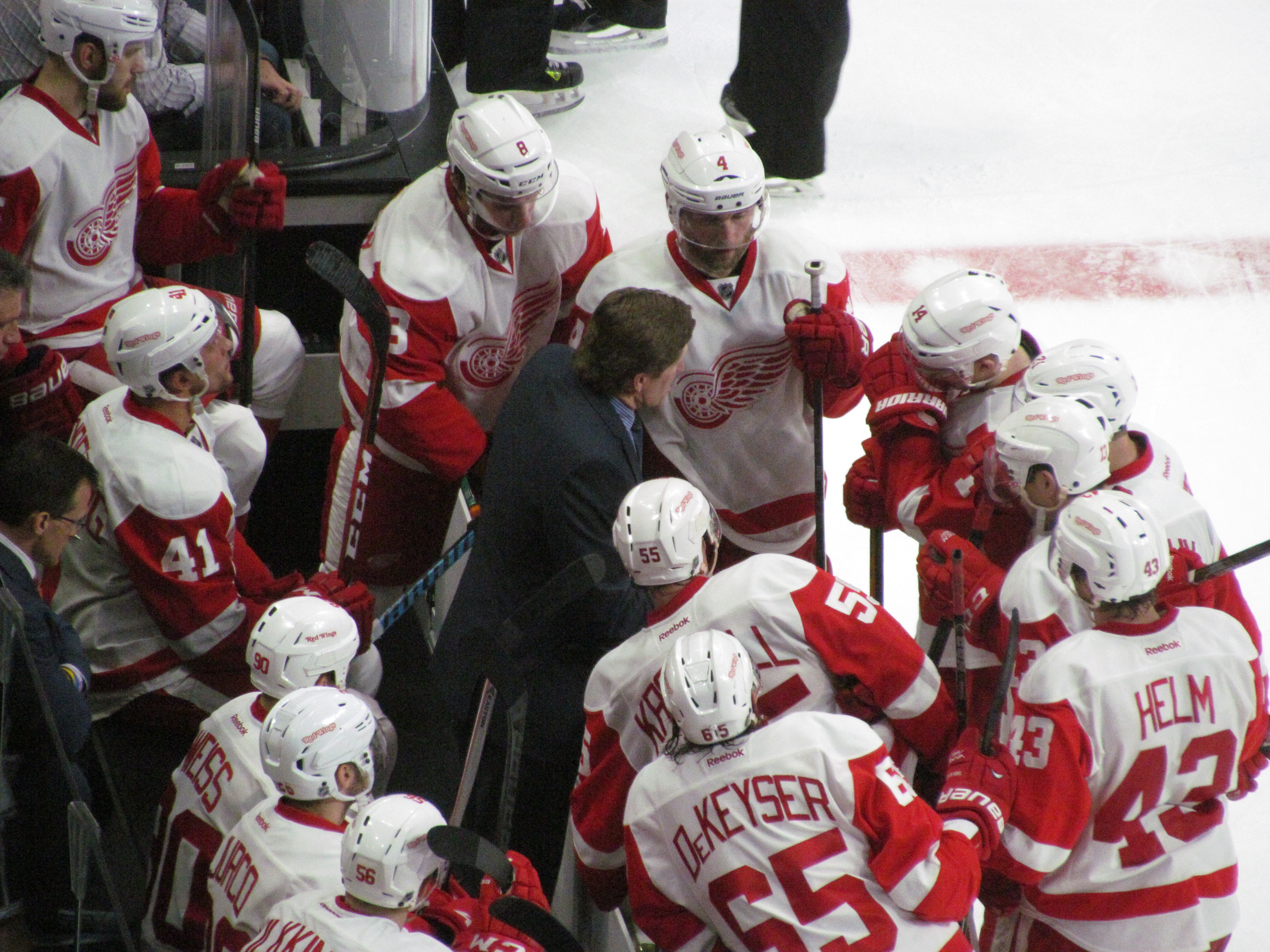 The Detroit Red Wings (35-15-11) are on their way to their 24th consecutive playoff appearance – and fans couldn’t be happier.

This is an especially proud achievement for the Red Wings, as they currently have the longest active playoff streak out of the four major sports in North America (NHL, MLB, NBA and NFL).

The team is currently tied for fifth in the conference with 81 points, which puts them six points behind the current leader – the Montreal Canadians, for the Atlantic Division and Eastern Conference.

If the playoffs ended right now, Detroit would face Tampa Bay in round one. With the great team Montreal has acquired, and goalie Carey Price showing no signs of slowing down (and the Boston Bruins 10 points behind Detroit), there is a good chance of this matchup happening in the first round.

With a strong team this year, will Detroit be able to pull off a win? Below are our predictions for the playoff rounds.

As long as the Red Wings are healthy and determined come playoffs, they are capable of beating anyone. Detroit has lost both games against Tampa Bay so far this season, but they were without Pavel Datsyuk and lost in a shootout in one game (which do not happen in playoffs). In the other game, the Wings lost 5-1 at Tampa Bay without Jimmy Howard in net, not to mention the rare hat-trick by a third liner named Cedric Paquette.

That being said, this matchup would be very intriguing, with former captain and Red Wing great Steve Yzerman being the general manager of the Lightning and former Red Wing center Valtteri Filppula playing for this team as well. The Lightning are led by captain Steven Stamkos, who is third in the league in goals, with 35 this season alone.

Tampa Bay’s goalie Ben Bishop has had a down year statistically, compared to the phenomenal work he did last season – and may enter the playoffs with a chip on his shoulder, as he missed it last year due to an elbow injury. What this series will come down to is the veteran leadership of the Red Wings, with the newly acquired veterans Marek Zidlicky and Erik Cole.

Out of all the teams in the conference, Montreal would be the hardest matchup for Detroit. Carey Price is a huge favorite for the Vezina Trophy and is up for the MVP award this season – with a superb goals-against average of 1.92, and a stellar .935 save percentage.

The Canadians and Red Wings have played three times this season – and Detroit has lost all three– scoring just two goals in those contests. Montreal’s leading scorer is former University of Michigan winger Max Pacioretty, who has 30 goals to go along with 25 assists this season. The Canadians’ Andrei Markov is on pace for his best season offensively since the 2008-09 season, and the team has one of the best offensive defensemen in the league, P.K. Subban, who is tied for second in the league in points for defensemen.

The goaltending for Montreal will be trouble for Detroit, as they’ve had problems scoring against Carey Price during the regular season.

Prediction: Detroit loses this one – four games to two.