The CMU International Film Festival will be showing multiple movies from all over the world, many of which are Oscar-nominated like “The Favourite,” “BlacKkKlansman” and “If Beale Street Could Talk.” All of the films will be shown throughout campus and at Celebration Cinema.

“We’ve seen just on our website alone that we’ve had about five times the visitors around this time last year,” Dr. Patty Williamson said. 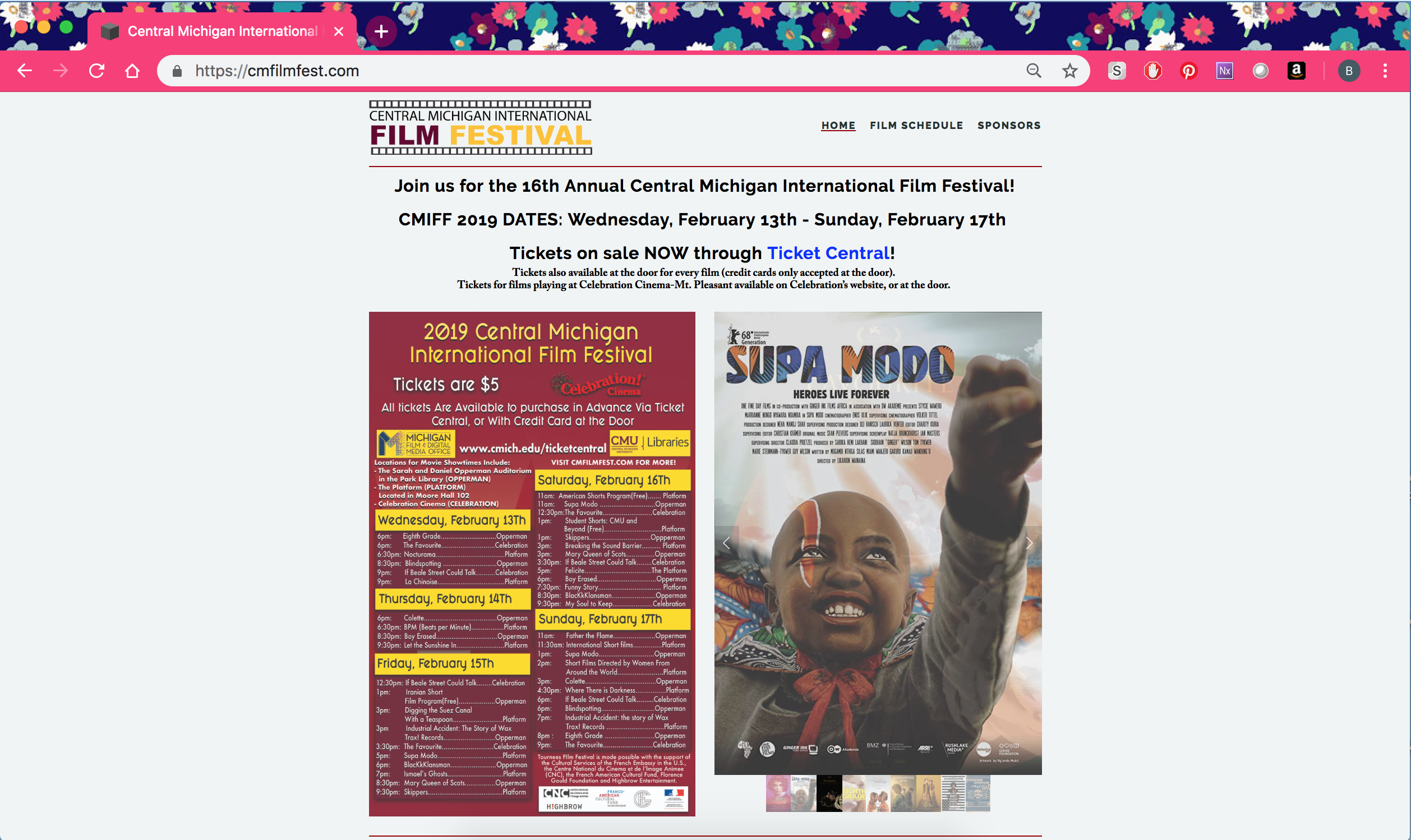 Dr. Williamson is an associate professor for the school of Broadcast and Cinematic Arts at CMU, and for the last two years she’s been the advisor of the Film Society and film director for the CMU International Film Festival.

“Film has a way of really being able to entertain you but also being able to discuss issues in a way that people sort of have their guard down,” Williamson said. “You can get them to look at different perspectives through entertainment.”

The International Film Festival isn’t always about the movies they have lined up. The experiences and life lessons you learn can be even more valuable.

“They [the movies] are either funny or dramatic,” Williamson said. “Some you can also really be informed by, you can find out about other cultures, and look at some social issues.” 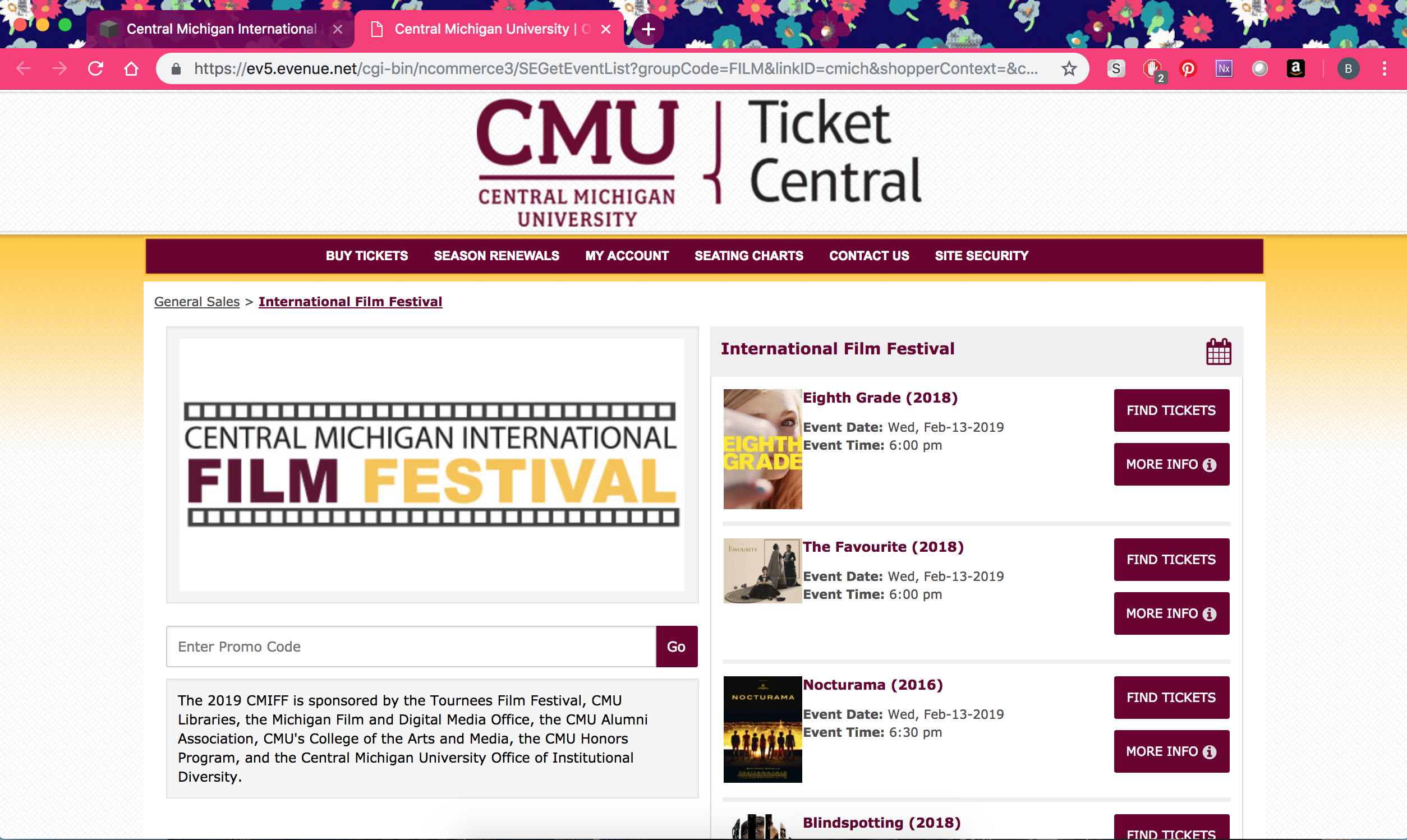 When picking the movies to be featured in the Film Festival, it is very tedious. The Film Society, a few sponsors and a new advisory board get together to look over the choices.

They seek out some of the bigger name movies that previously had better distribution but maybe didn’t come here to Mount Pleasant.

“We have another process where independent filmmakers can submit their films to us through a program called  FilmFreeway,” Williamson said.

Film Society Vice President Breeann Le Tourneau is excited about the International Film Festival. She can’t wait to see how many people come and support.

“It’s an international film festival, so you get to see films from all over the world that you would never usually see,” Le Tourneau said. “You get to truly experience a difficult culture’s way of doing things.”

Le Tourneau hopes people gain a love of movies like she does, and expand beyond the idea of movies being strictly a “beginning, middle, end, climax, good guy wins.”

Despite some campus shutdowns that left them a little behind with some of their planned promotional activities, the Film Society is already starting to get a lot of buzz about the Film Festival. 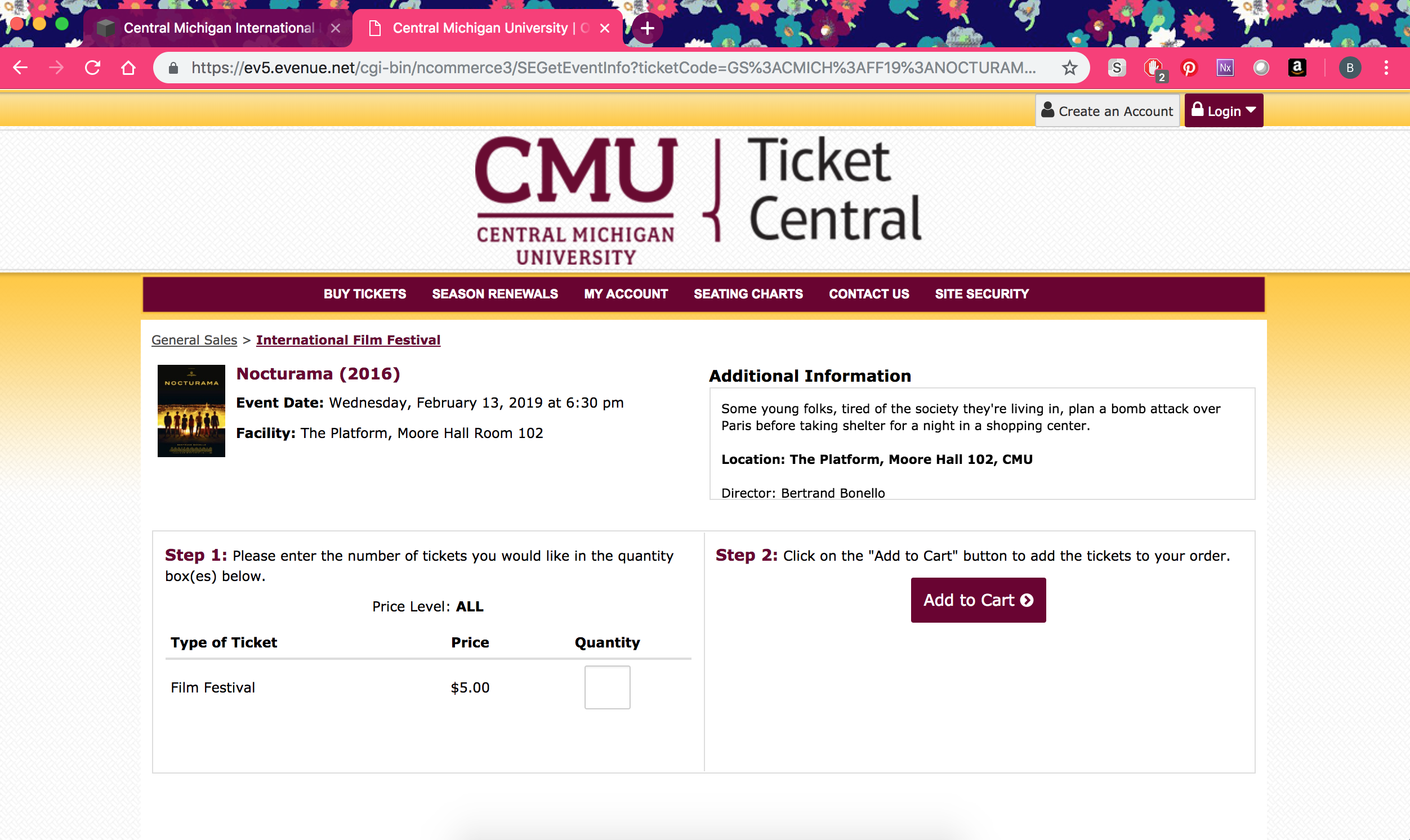 Sophomore Kat Garland says the International Film Festival will be a great way to watch a movie from the comfort of campus, instead of having to trudge through the snow.

“I love movies” Garland said. “Even if they are funny movies, I feel that I can still learn something.”

Freshman Quentin Holder looks forward to going to the Film Festival, especially because this is his first year.

“I’ve never been to a film festival before,” Holder said. “Considering I have a long week ahead of me, I would really just want to go and enjoy some movies by myself.”

Although she lives off campus, that’s not going to stop junior Shanelle Hill from attending the film festival. Hill loves what the film festival brings to the CMU community, bringing students and even people from the Mount Pleasant community together to enjoy movies.

“Movies are what me and my friends go to when we need something to do,” Hill said. “Since I’ve never heard of these movies, I’m excited to see some.”

The CMU International Film Festival starts at 6 p.m. on Feb. 13 through Feb. 17. You can find out more information about ticket prices and locations of the Film Festival’s showings here.