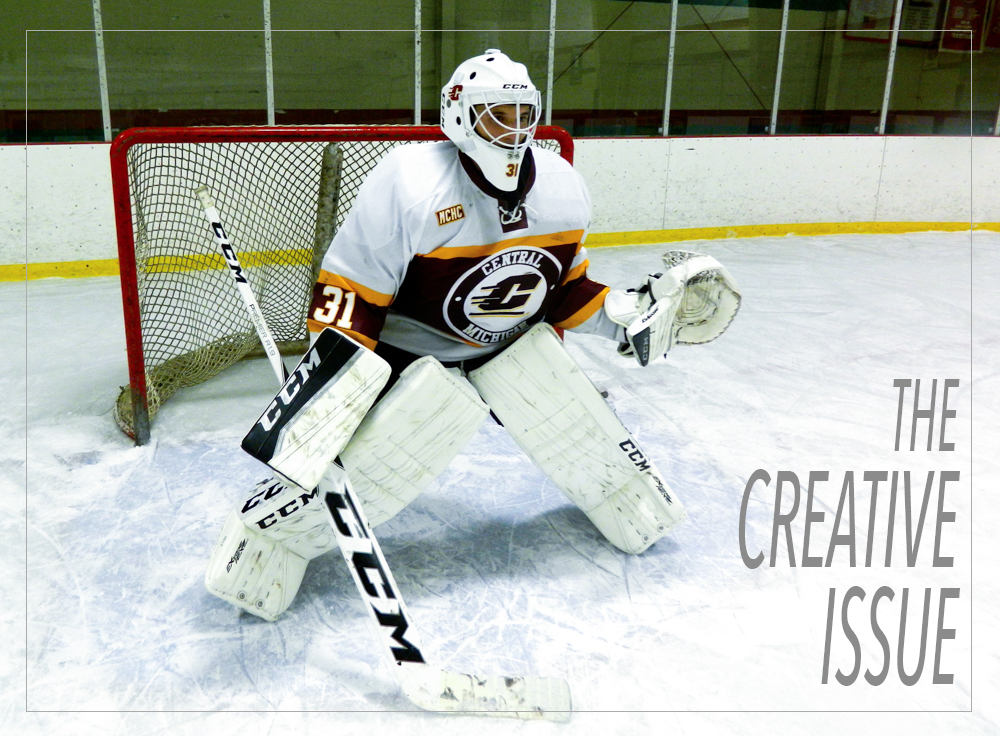 Story and Photos by Catherine Pace

Fifty-five degrees and icy are the ideal conditions for Walled Lake junior Trevor Whitehead – or at least the ones he’s most accustomed to.

After putting on his first pair of skates at age six, Whitehead never looked back. Through the many changes in his life, hockey has remained a constant. This year, Whitehead joined Central Michigan University’s DIII hockey team as a goalie. With the season in full swing, the team has picked up momentum with four straight wins and a 6-6 record.

“For a lot of us, this is the last time we’ll ever be playing competitively,” Whitehead said.

Whitehead prepares for games by consuming plenty of carbohydrates and protein. His pre-game meals typically consist of heaping bowls of pasta, smoothies and protein shakes. Gatorade and water are also a necessity for a weekend on the ice. 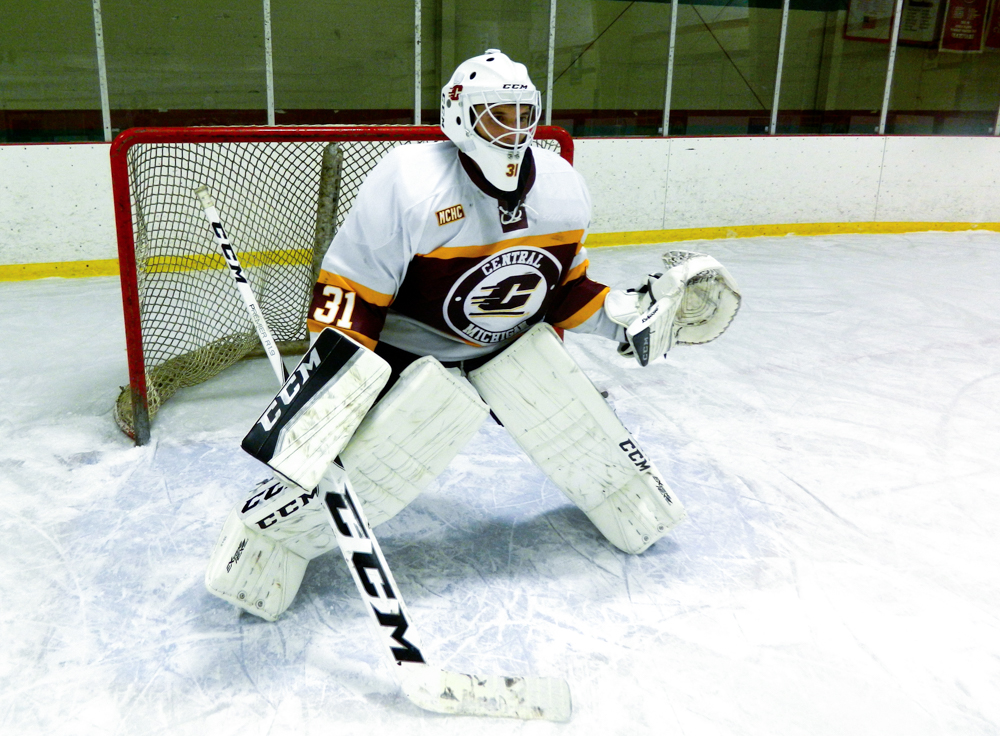 The Twist
Whitehead balances his athletic talents with his artistic abilities.

“At face value, not a lot of people know I have a band, I make music, I do paintings and drawings and things like that,” Whitehead shared. “That’s not something upfront people really know about me.”

When he’s not in the net, Whitehead can be found behind his drum set, and he is the drummer for a band founded by life-long best friends. 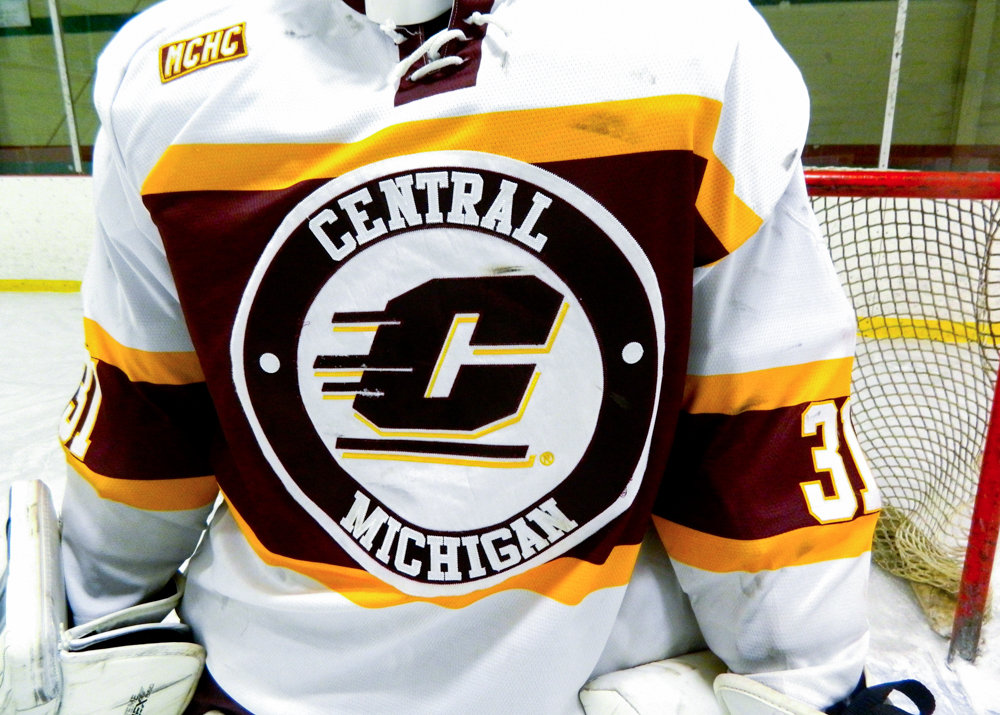 Alex Weberman and Whitehead have been friends since kindergarten. The two have always shared music through multiple band classes in their early years. In the summer of 2015, Whitehead and Weberman reconnected for a basement jam session that turned into something electric. The two shared similar ideas and were musically cohesive, which led them to form a two-person band – The Corduroy Job.

Feeling the Funk
The Corduroy Job’s sound differs with every song they release, but the band can be best described as a blend of melodic funk and heavier elements inspired by metal.

Until recently, The Corduroy Job has been a two-man act. Without a full band, Weberman and Whitehead found it difficult to perform their intricate songs live.

Weberman posted an ad on Craigslist in early September searching for local musicians, and after filing through a list of interested talent, Nick Mercurio and Ben Harmsen ultimately became the newest members of the band.

With Mecurio playing bass and Harmsen accompanying Weberman on guitar, The Corduroy Job is now looking forward to the future.

Finding Balance
As a full-time college student, committed hockey player and passionate musician, Whitehead has worked to find balance amongst these roles.

Whitehead resides in Mount Pleasant most of the year, while the rest of the band is sprinkled around the Detroit area. The distance makes it difficult at times to keep the momentum going, especially during hockey season.

All four members of the band are constantly writing new material and communicating ideas, which makes it easy to pick up where they left off.

“When we are able to get together, everyone has a wealth of things they’ve been coming up with.”

Sometimes there just are not enough hours in the day. But like all college students, Whitehead makes time to pursue what makes him happy.

“I like the balance between doing what I love – and have always loved – in terms of hockey, and then experiencing something that up until four or five years ago was completely foreign to me – making music and being in a band.”

Whitehead and the Corduroy Job will be playing at Fallapalooza this Thursday at The Dreamer Coffee Shop.