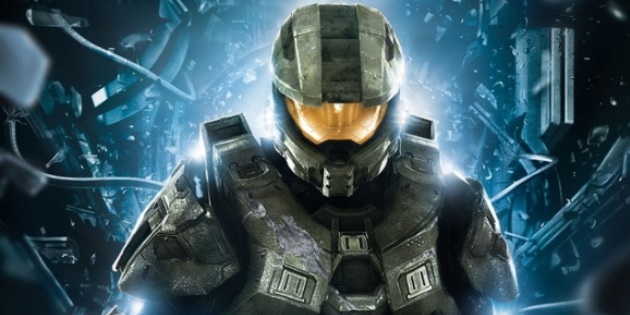 Over a decade ago, American video game developer Bungie revolutionized the first person shooter with “Halo: Combat Evolved.” The company has since made a tradition of providing groundbreaking shooters to the masses with “Halo 2,” “Halo 3” and “Halo: Reach.” Now the mantle has been passed to 343 Industries, the producers responsible for “Halo 4.” The question is: Has 343 lived up to the Halo name?

The answer is: Yep.

“Halo 4” begins where “Halo 3” left off, with Master Chief in stasis floating through space waiting for rescue. Believe it or not, things do go as planned. Chief is rudely awakened by the Covenant, a fanatical race of aliens bent on destroying humankind. Now Chief and Cortana, his slowly malfunctioning AI construct, must stop a newly reawakened evil from destroying mankind. All this mumbo jumbo means is you need ready your weapon and prepare your foot. It’ll be kicking lots of ass.

The best thing about “Halo 4” is its campaign. The story is complex to the point if you play it twice you’ll notice little nuances missed the first time around, but simple enough to where you’ll never feel lost.

The best improvement, at least in terms of story, that “Halo 4” has made is that Chief and Cortana have less of a relationship and more of a companionship. In early installments Chief was more robotic than his AI counterpart, but during this game I had to stop myself and say, ‘Woah, woah, woah. Is the Chief feeling actual emotions?’ I’m not afraid to admit it — I found myself tearing up as Cortana slowly thought herself into insanity and their partnership was strained.

One thing “Halo 4” has done better than the previous installments is it has a clear antagonist. Without giving anything away, an honestly terrifying villain is introduced, which serves the story greatly. A villain with well-defined, sinister goals helps give players a sense of what they’re fighting for — something “Halo 2” and “Halo 3” could have used.

Considering 343 would be carrying on the legacy of one of the most beloved video game franchises, it was important that they nail the feel of Halo while still making it their own. 343 succeeds tremendously in this fashion. During the campaign, it honestly felt like I was playing a redone level from the original Halo, and I can’t stress enough that that is a glowing compliment.

While the campaign manages to feel like a tribute to its predecessors, the multiplayer mode is a creation all its own. Much has changed for multiplayer in “Halo 4,” and the vast majority of it is for the better. Hardcore Halo fans may decry “Halo 4” as being too similar to “Call of Duty,” when in reality it’s merely taken the best aspects of “Call of Duty” and left the rest the same.

The only significant problem with multiplayer is its lack of game types. Audiences have the classic ‘team slayer’ and ‘capture the flag,’ but when comparing the number of game types in “Halo: Reach” to “Halo 4,” it just feels like 343 wasn’t even trying. To be fair, a lot of the game types in “Halo: Reach” were player-created modes that later went on to be official game types, so we’ll have to wait to see if the same happens here.

Players can now make their own loadouts, but only with starting weapons. You won’t be able to start with the rocket launcher or a sniper, so everything stays balanced. Sprinting is now universal rather than just another armor ability. There are unlockables, like different armor or armor abilities, made available with accumulated experience points. This may be too similar to “Call of Duty” for some, but it has undoubtedly made the experience better.

Never have I played a game more visually stunning than “Halo 4.” The characters in the cut scenes somehow managed to hit the point of just-not-quite-human, while staying out of the uncanny valley. The game truly shines when in motion. Each set piece shows off how finely crafted the game really is. You’ll find some of the best sci-fi worlds (there are multiple) in “Halo 4.”

In terms of grievances, there are very few. When it comes to weapon variety, there isn’t much. There is a human, Covenant, and third party (which I will not name) version of each weapon. It’s as if 343 had a checklist. Does each faction have a pistol? Check. Shotgun? Check. Assault rifle? Check. Sniper, mid-range rifle, and rocket launcher? Check. Each weapon looks drastically different, but ultimately feels the same.

The other gripe I have is that the campaign, as stellar as it is, is just too short. Eight levels constitute the campaign totaling for an 8-10 hour experience. I wish there was more, however, I’d rather it be too short leaving me wanting more than too long and wishing it was over.