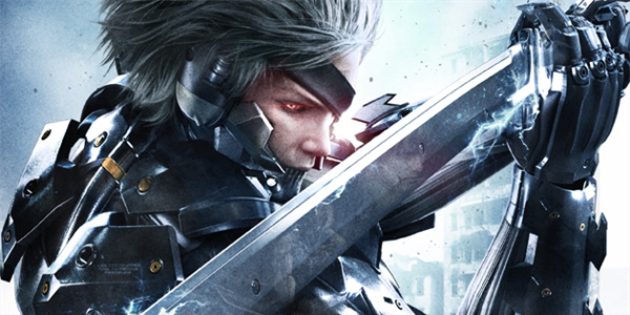 The one word that encapsulates “Metal Gear Rising: Revengeance” in its entirety: schizophrenic. It has moments of absolute mastery as well as absolute drudgery. When the two are intertwined players are left with an experience that just can’t find the right balance between breakneck speed and proper pacing, between narrative heaviness and levity.

Describing the story of the “Metal Gear” series in one paragraph would be the video game equivalent to summing up “War and Peace” in a sentence. To make a long, long story short, gamers play as Raiden, a cyborg ninja working for a private military company (PMC). When a rival PMC wants to start a war between America and Pakistan to boost business, Raiden decides to stop them.

When starting the tutorial and running for the first time, the sheer speed of the game was the first thing that caught attention.  A game quicker and more over the top than “Revengeance” doesn’t exist. Combat is lightning fast, and fighting behemoth robots with heavy rock music blaring will raise anyone’s heart rate, dilate pupils and leave players with a sweaty controller.

Slicing completely through a tank or the arm of a robot that is quantitatively longer than the character’s sword is an awesome feeling. “Blade Mode” will slow time to a crawl as Raiden slices and dices the enemy into literally hundreds of pieces, making it satisfyingly gruesome.

These moments of adrenaline pumping gameplay are interrupted far too often, however. It’s not uncommon to have a sequence as follows: a cut scene, fight three guys, receive a phone call (limiting Raiden to a glacial walking pace), fight three more guys, another phone call, fight a mini-boss, cut scene. Rinse and repeat.

The combat isn’t the only aspect of “Revengeance” that gets frequently derailed. The game has a rather serious narrative. It deals with free will and whether killing soldiers is forgivable even though Raiden is still ending lives. Pretty heavy stuff, but the tone and gravity of the situation is often interrupted by moments of pure silliness.

Seeing Raiden, a cyborg whose only remaining outwardly human body part is the top half of his head, wearing a poncho and sombrero as a disguise is just plain stupid. Moments like this interrupt the story arc as much as a slow paced cut scene interrupts the high-speed combat.

That being said, “Revengeance” is a gorgeous game. Both in cut scenes and actual gameplay, the beautiful graphics coupled with some of the best animations in recent memory make for a completely visually stunning game. The frame rate didn’t drop a single time despite the unadulterated anarchy occurring in the game. The boss fights are not as stellar, however.

The boss fights in “Revengeance” can range from fun to boring to so mindbogglingly frustrating that players will consider buying a high rise apartment just so the controller will fall that much farther after being thrown out of the window.

“Revengeance” can be fast, fun and frenetic in the best way. Looking past the incredibly stupid title and near constant interruptions in gameplay and narrative, “Metal Gear Rising: Revengeance” is still a game worth playing.