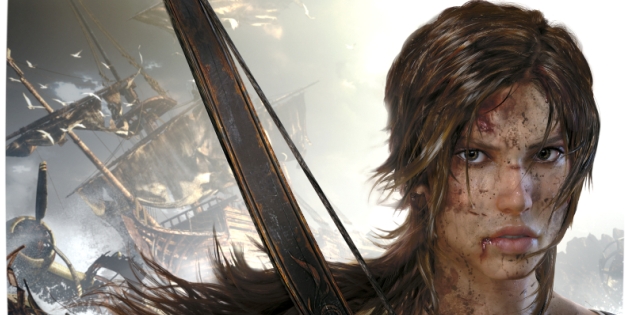 Since 1996, gaming character Lara Croft has been either the epitome or a parody of female objectification in video games. Her disproportionately large breasts coupled with her jungle attire are more suitable for a beach and helped make her a video game icon for teenage boys and exceptionally creepy men. With this new “Tomb Raider” reboot, however, Lara Croft has been remade into one of the strongest female characters in all of gaming.

The game opens with a bang or, more accurately, Croft’s research ship being torn apart by a tempest and crashing on a mysterious island. Croft is separated from her team and must now survive island natives, crazy cultists and figure out what causes the storms preventing any ship or plane from leaving the island.

“Tomb Raider” is an origin story. She’s in her late teens and still has to prove herself as a respectable archaeologist to her team while surviving in the wild. The word “survive” is relevant here because Crystal Dynamics deemed it important to beat the audience over the head with their marketing phrase, “A survivor is born.”

With this being the main character’s first major expedition, it’s completely engaging to watch her develop into to the older, more familiar Croft. In the beginning Croft must kill a deer for food. After she takes it down with a makeshift bow and arrow she meekly says, “Sorry.” Later on we witness her kill her first human. Covered in a mixture of blood it is hard to tell if it is more her’s or her assailant’s, she nearly breaks down and weeps. Toward the end of the game she must face a horde of charging enemies and simply utters a defiant, “Bring it on.”

It’s hard to think of a female character more thoroughly developed than the new Lara Croft. It’s a shame all of the supporting characters are handled clumsily.

Croft’s crew mates are at worst stereotypes, and at best awkwardly fleshed out. The characters that could have some semblance of emotion are flaccid in the cut-scenes, where the character development should be happening. Instead, any depth they have is relegated to journal entries that have to be discovered, are easily missed and have no actual affect on how characters react around the players.

The main baddie of the game is rather impotent as well. It is never really explained why this Japanese island is crawling with men with Russian names, and gamers are given no answer as to why Mathias is the leader of the cult other than he seemed to have placed first in the “Gravely Voice” competition.

But none of this would really matter if the game wasn’t fun, and luckily it’s a blast. This isn’t the “Tomb Raider” of old. Solving puzzles by pulling levers and pushing buttons is a thing of the past. Now the action has taken the spotlight. Players can stealthily make their way to the objective silently killing with a bow or can go in guns blazing with an assault rifle with a grenade launcher attachment. The former style can quickly devolve into the latter and whenever that happened, players can’t help but think about reloading the save because the firefights are so much fun.

As players fight, enemies will call out insults like, “She’s just a girl!” This only makes adding another notch to the rifle that much more satisfying. Yes, the main character is a girl, a girl who just killed dozens of bad guys toting assault rifles with nothing more than a bow and arrow.

Exploration is another huge facet of “Tomb Raider.” It’s hard to call the game “open world” but there are plenty of nooks and crannies that need to be explored if players plan on finding all of the game’s secrets. Among the collectibles are journal entries from various people (some you meet, some you don’t), treasure maps and ancient artifacts. Finding small caves that lead to long -abandoned tombs (that happen to be illuminated with perpetually lit candles) is among the game’s chief highlights.

Each tomb houses an especially valuable relic, though why it would be locked away in a tomb instead of lying in the open like the other artifacts isn’t explained. To get the relic, Croft must solve different puzzles (e.g. how to cross electrified water, how to work a pulley to help with reach that elusive ledge). After grabbing the relic the character is treated with some tasty experience points that allow her to learn new skills and upgrade her equipment. Upgrading equipment is vital to exploring the world.

As players upgrade gear, new areas of the world will be unlocked, but Crystal Dynamics handles this in such a subtle way it’s possible to not even realize succession has happened at all. No one would think twice if they saw rope holding together a crumbling wall, but once players get the ability to shoot the rope with an arrow and pull the wall down, they can’t help but remember other game scenes with a similar rope.

Despite Lara being as young as ever, she has really grown up. The “Tomb Raider” series is no longer the poster boy for female objectification in games but for female empowerment. Lara Croft isn’t a Barbie-esque collection of polygons made for men to ogle anymore. Now she is a believable combination of vulnerability and bad-assery who relies just as much on wit as she does athleticism. Crystal Dynamics almost had it right. A survivor is reborn.