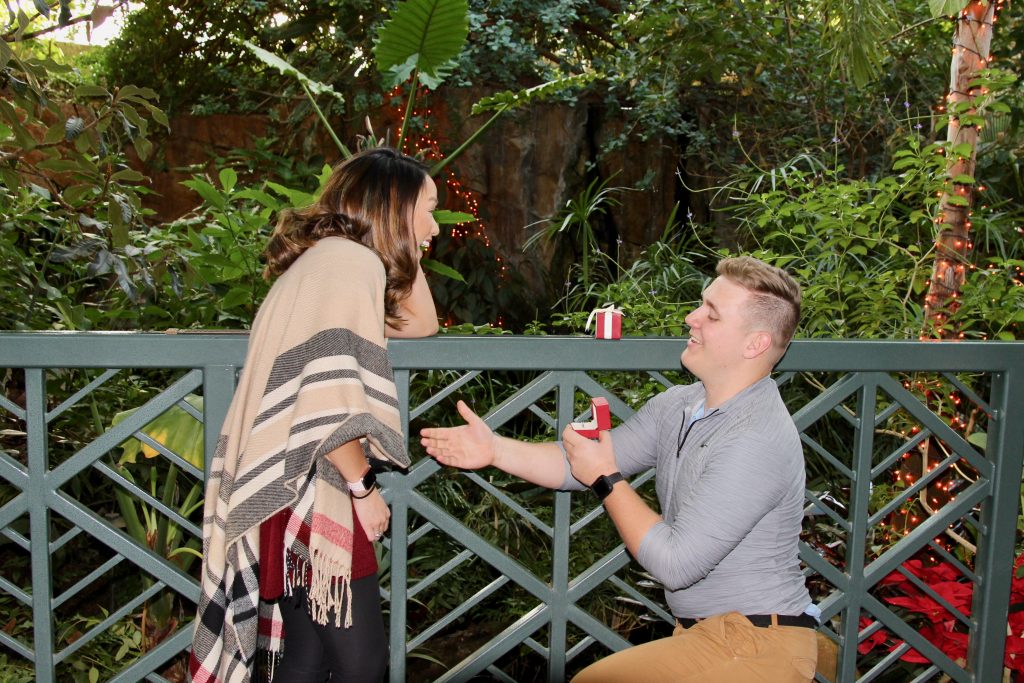 February is here and love is in the air.

Central Michigan University senior Dannah Gunn and her fiancé, Noah Gager, will be celebrating five years together on Feb. 13.

“We met in driver’s training when we were 15,” Gunn said.

Gunn said she noticed towards the end of the class that Gager was quite funny and “goofy.”

“In my opinion, one of the most important aspects to a relationship is to be funny and goofy with each other,” Gunn said.

Following driver’s training, the two entered their freshman year of high school at Greenville High School. It was Gager’s first year in the public school system and he happened to have classes with Gunn.

“We had classes and choir together our freshman year and I got to know him better,” Gunn said.

Unfortunately for Gager, Gunn had a boyfriend coming into their freshman year. Gunn had met a guy from Southfield at a fine arts camp over the summer and the two began dating.

“Having a boyfriend prevented Noah from pursuing something with me, but I broke up with my boyfriend from Southfield because of the distance and not being able to drive meant we rarely saw each other,” Gunn said.

Gunn made the first move towards a relationship by asking Gager to the Snowcoming Dance in February.

“We hit it off at the dance and the next week Noah asked me to be his girlfriend,” Gunn said.

Gager proposed to Gunn on Dec. 21 and, of course, Gunn said yes.

The two have made the relationship work while they live about an hour apart. Gunn said the distance has never been an issue for them.

“One weekend I will go see him and the next he will come see me,” Gunn said. “We find time and make each other a priority.”

Gunn said the key to their success has been communication and sacrifice.

“You have to let the other person know about things that are bothering you and then talk about it,” Gunn said. “We give and take for each other, we often think in the best interest of the other when making decisions.”

Gunn said she and her fiancé enjoy traveling together. The two have visited Myrtle Beach, South Carolina and Galveston, Texas together.

The two also enjoy going to concerts with each other and going to the dog park with their golden retriever named Bentley.

“I’m ready to be together and live life together,” Gunn said.