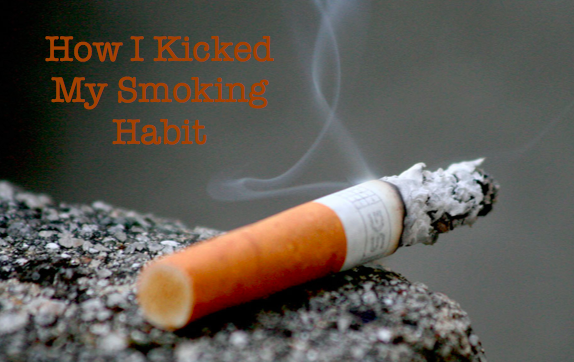 A cigarette smoker, on average, will die 10 years earlier than a nonsmoker while 480,000 Americans die each year as a result from smoking cigarettes, amounting to 1,300 deaths per day.

I’ve heard all of these statistics and have seen all of the commercials that warn me of my ultimate demise. At the end of these advertisements, there is usually a website or a hotline provided if one wants advice on quitting for good.

While scary, these truths never resonated with me in my struggle and eventual success in finally kicking the habit.

I, like many other college students, was put into a brand new environment hundreds of miles away from mom and dad. All of a sudden, there was no longer those two sets of eyes keeping tabs on what you put into your body.

Suddenly, this behavior was completely acceptable – not encouraged by any means – but acceptable, nonetheless.

For me, smoking cigarettes was never the “cool” thing to do; I didn’t feel as if I was “fitting in” with my peers outside the doors of Moore Hall as we puffed away in the unforgiving cold.

In fact, I absolutely was aware of the dangers associated with the addiction.

My own grandmother was a smoker for more than 50 years. Lung cancer took her away from my family far too soon. She fought an uphill battle every day for the last months of her life, but not even these extreme reminders and scare tactics failed me.

I wanted to quit so badly – every drag of every cigarette was a reminder of the damage I knew I was causing myself.

Drag, hack up lung, take another drag – This was my (and all smokers’) logic.

Even when I made a few honest attempts at quitting, I would soon relapse, buy another pack and insist it would be my final one. (If only I had a dollar for every “last pack” of smokes I’ve bought).

Time after time, I would fall into a cycle: go three or four days, maybe even a couple of weeks without a single smoke, but this short amount of time was, in turn, my rationale for eventually bumming a smoke from a friend and resuming my bad habit.

After a few days of not smoking and keeping a mental note of exactly how long it had been since my last cigarette, I would always make an excuse and say to myself, “Well, it’s really only been three days, what’s one more, right?”

In keeping track of just how much time I’d gone without a cigarette, my mind was still focused on smoking, even though I desperately wanted to quit. This, in my opinion, was a problem for me on my path to quitting.

Even if my focus was on not doing it anymore, cigarettes were still on my mind, regardless if they were depicted in a good or a bad light. From here I realized what I needed, or rather what I did not need to do.

Instead of doing my best to concentrate on not smoking, I chose to completely purge all thoughts of it out of my mind.

The topic shouldn’t even enter the mind. This is obviously easier said than done as I am well aware of the difficulties presented by nicotine addiction.

Without smoking and non-smoking on the mind, I was able to separate myself from the habit in every possible way. Soon enough, the desire to have a cigarette left me and before I knew it, I had gone nearly two months without pressing one to my lips.

This is where I stand today. The last pack of smokes I bought was a week before going on Thanksgiving break.

I threw it away with three cigarettes still left in the carton.