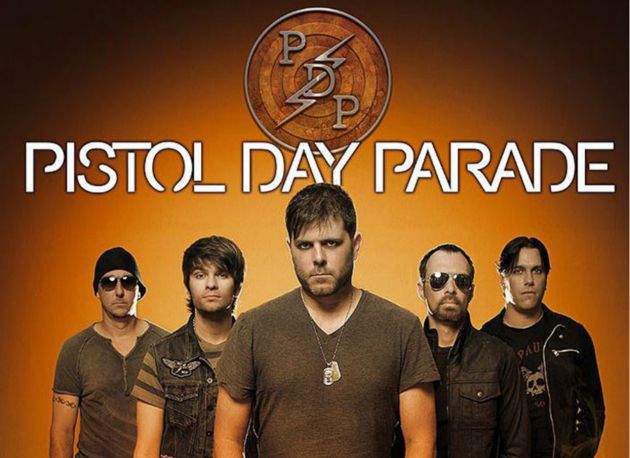 Pistol Day Parade, a band from the Detroit area, will be releasing their first national album, “Burn,” on Sept. 10, and we were able to talk with bassist Jason Lollio before the big event.

“We just began downriver, and I joined the band just eight months after the inception in 2009,” Lollio said. “We wrote an EP and went down to Cleveland, Ohio and recorded the EP. Next thing you know, we were on the radio, and that was the beginning.”

A Detroit radio station, 101 WRIF, helped start it all for the band and has been a big supporter of their career.

“They’ve put three songs number one on WRIF and are a huge market,” Lollio said.

Pistol Day Parade recently signed with Goomba Records, and their latest album was produced by Tim Patalan, who has produced albums for Sponge and Lovedrug. Lollio said having a producer makes the writing process a lot easier.

“We’re trying to write songs that adapt to people,” Lollio said. “And we drink a lot of beer.”

Recently the bands single from the album, “Not Today,” was featured on Sixx Sense, the XM radio station ran by Nikki Sixx. Sixx is probably best known as the bassist for ’80s band Mötley Crüe.

“That was basically our first exposure nationwide,” Lollio said. “I’m kind of hoping he’s a fan. I want to make him my friend.”

Lollio said a lot of their songs, like the big hit, “Rockstar’s Girlfriend,” are really catchy and get the crowd going for their performance, even if they don’t know any of the songs.

“My favorite song on the album is probably ‘Where I Lay,’” Lollio said. “It impacts with the crowd.”

With this new-found success and the ability to play for a larger audience, the band has stretched its aspirations far and wide.

“Our goal is to make a footprint in rock and roll history,” Lollio said.

The band’s new single “Not Today” is now available on iTunes and “Burn” will be available Sept. 10.