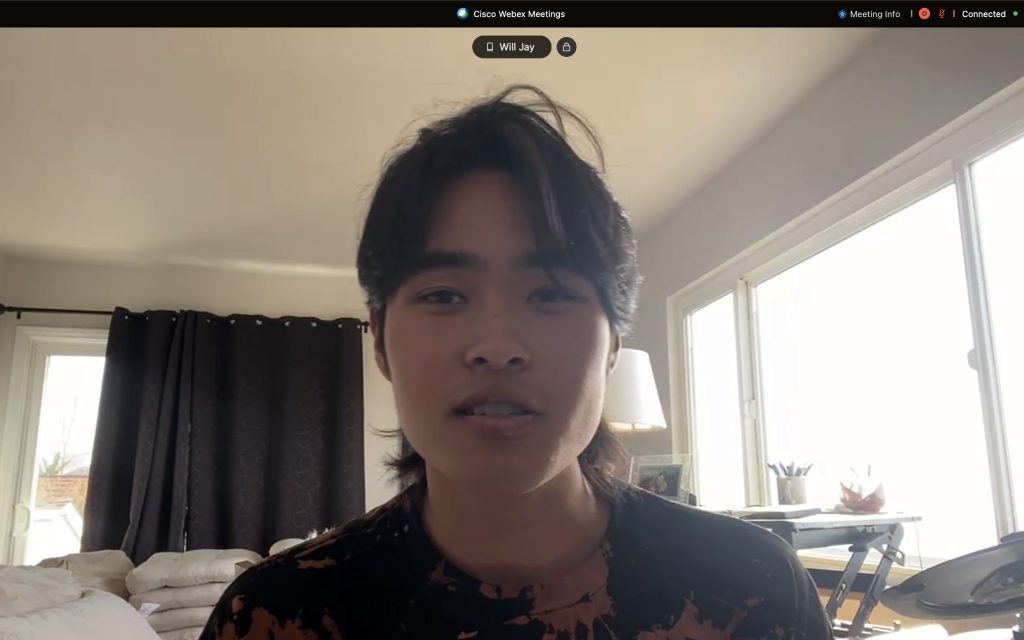 Story and photo by: Ricardo Martin

The keynote performer was part of the MASS office’s celebration of Asian Pacific American Heritage Month (APAHM), which goes from March 23 through April 27.

Wade Tomson, the assistant director of MASS, helped organized Wednesday’s event. Tomson said he reached out to the Asian Cultural Organization (ACO) last semester about having Jay perform for students. However, due to the university being shut down last March, the event had to be pushed back to this year.

Tomson said he wanted to make up for not being able to have any events for APAHM and felt Jay would be great to have.

“We have not had a big performance piece from this month in quite a while,” Tomson said. “It was really important for me to try and fulfill that as much as possible.”

Jay performed several original songs related to his life and experiences as an Asian American. In between performances, Jay talked about issues facing the Asian American community, including lack of representation, stereotyping and identity struggle.

Jay said he wants to forge a path for other Asian Americans to get into the music industry and believes some of it starts with more representation in Hollywood.

“I was just so fed up and I feel like a lot of my experience has been kind of really hungry for representation in not just the entertainment industry, but just in general,” Jay said. “Growing up, I just didn’t have a lot of people to look up to that look like me. We’ve come a long way since then and there’s still a lot of progress to be made.”

After his performance, Jay opened the floor to questions and discussed his family and his struggles in trying to make it as a singer in the music industry.

“I was being told by these publishing companies ‘I just don’t really see it for you as an Asian American,’ ” Jay said.

Jay said they often suggested moving to Asia, where many artists were able to find success.

“That was the formula for a lot of Asian Americans who were trying to go to get into the music industry,” Jay said.

Jay expressed his motivation to break down these barriers and proving there is more to him than his race.

“It’s been a lot of proving people wrong and showing people that, there’s so much more to me than how I look,” Jay said. “It’s been quite the uphill battle, but, you know, I am very determined to make it happen.”