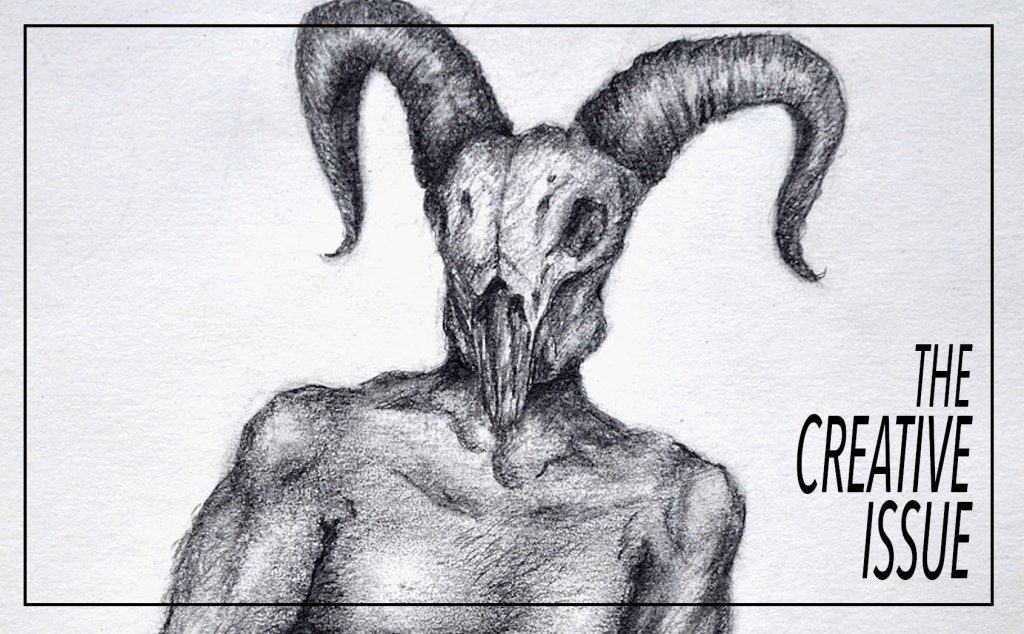 Molly Rossman was once the only woman in Central Michigan University’s Game Design and Development Club. Now, she’s the president.

“This year has been the best year for female attendance yet,” she said.

Rossman was inspired to be a game designer while playing video games, especially Skyrim: Elder Scrolls. Skyrim’s immersive gameplay and concept art encouraged her to pursue concept design for gaming. 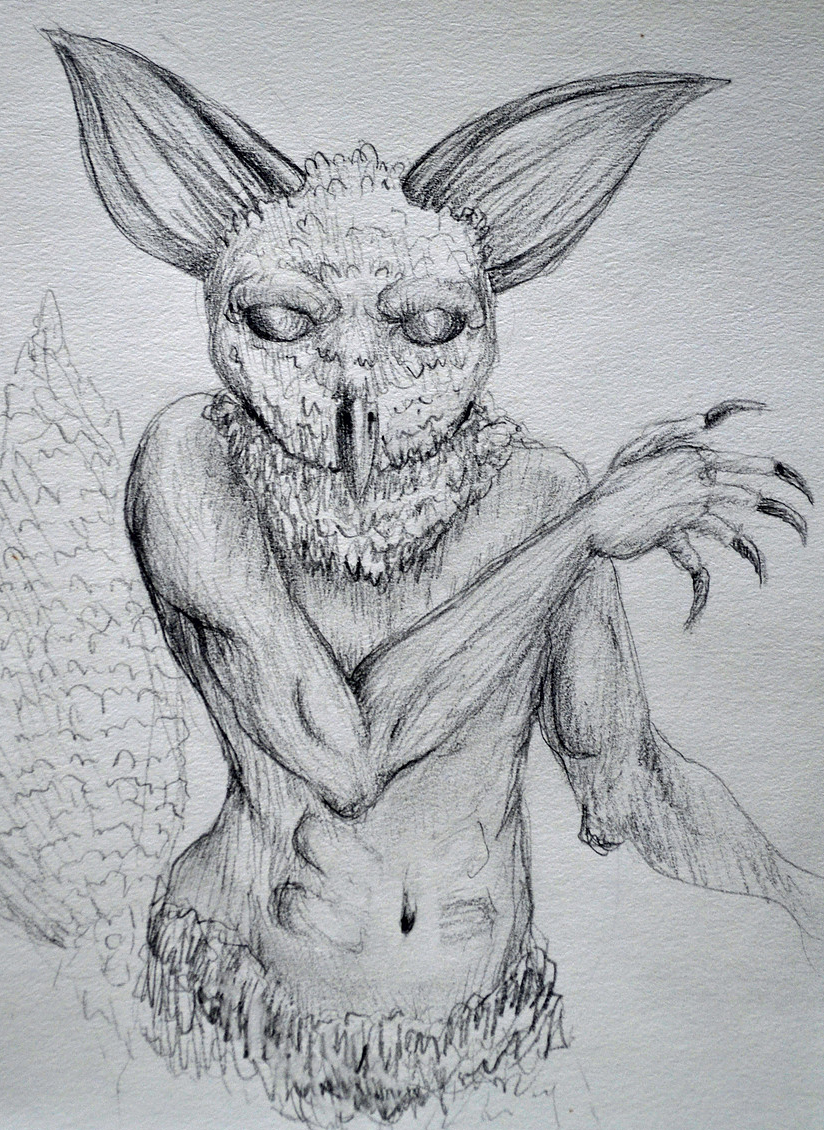 Creature sketch based on Face Off TV Show

“I think all games are valid and serve a purpose – you enjoy them, you continue to play them, they are an experience.” said Rossman, a senior studying art, media design production and technology and interior design.

Putting her Skills to Work
When designing images for games, Rossman uses a variety of programs. For 3-dimensional work, she works with Sketch-Up. Photoshop is her primary program when designing 2-dimensional images.

Rossman is especially inspired by 2-D work from artists such as Conrad Roset and Loish. She is fascinated by the journey characters go through in the development of a game, slowly changing and evolving through the artist’s sketches.

Animated in Photoshop to show the color wheel 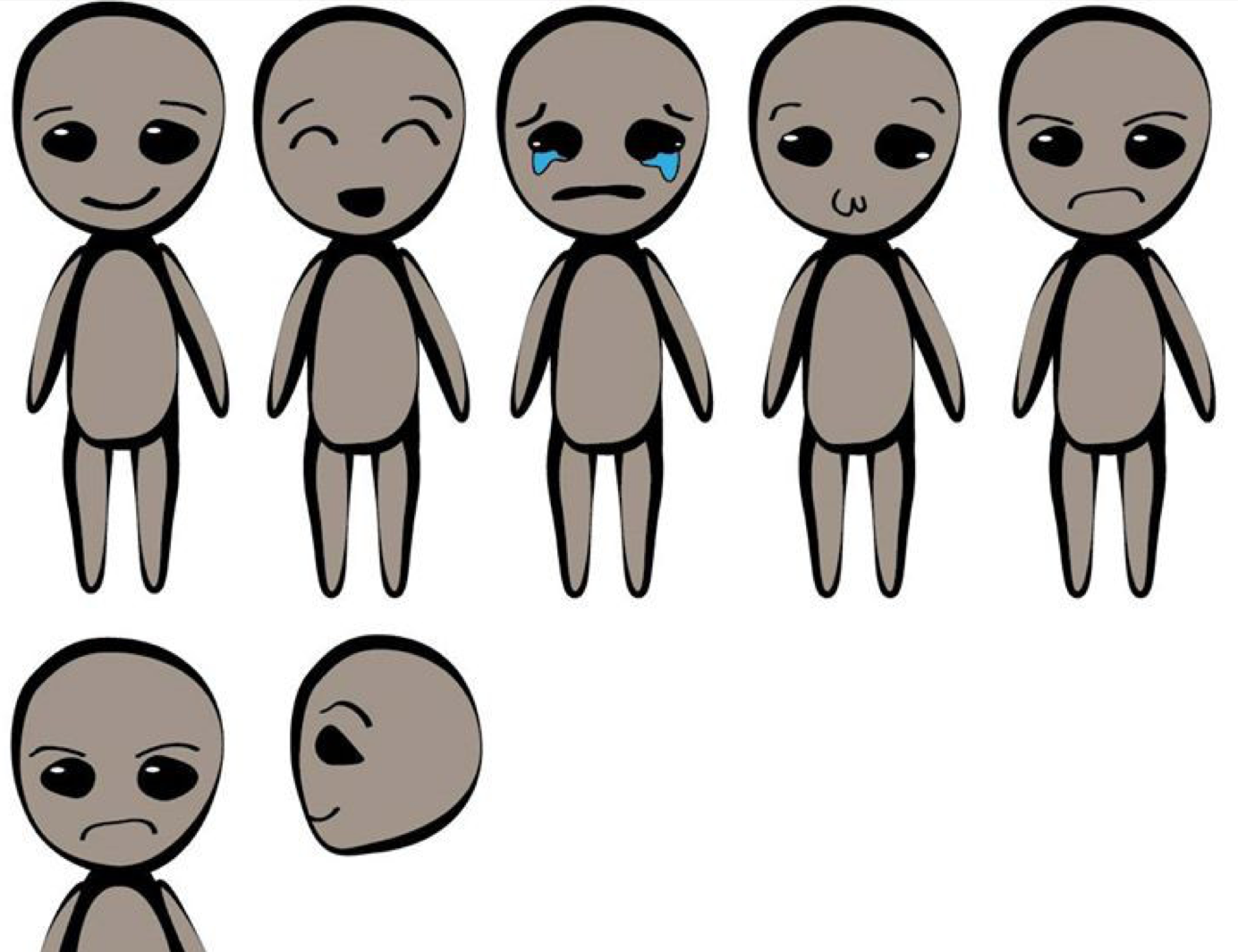 A character named Pug. Pug has been featured in a number of games created by Rossman

A Great Purpose within Her Passion
Rossman also works with Professor Tony Morelli designing games for individuals with disabilities.When she graduates, Rossman hopes to be a concept artist for a gaming company. Her dream job would be to work for Bethesda Softworks, the company behind Skyrim, Fallout and many more.

In her work with Morelli, she and a team of students are working to create games that are accessible to individuals with a variety of disabilities and impairments. Many of their games have been presented this year at the Meaningful Plays conference in Lansing, such as VR Raids and SonicWalker.

In SonicWalker, players must navigate a busy city setting while blinded, only relying on the sounds of traffic around their avatar in the virtual reality. Rossman has been published in two academic journals with Morelli and the team’s games have been shown at several peer reviews.

A Place to Learn and Grow
In the Game Design and Development Club, Rossman and the other executive board members teach tutorials on game development software. Most recently, the club ran a meeting on Autodesk Mudbox, a 3-D modeling software. Rossman said the club averages around 20-30 students per semester and sees spikes and dips in attendance depending on the instructional session for the week.

To aspiring game designers or those who want to be involved in the gaming industry in some way, Rossman said “there is a spot for everyone somewhere.”

Getting into game design is easier than most think and there are more opportunities for jobs in the industry than most can’t imagine, she said.

“You can end up in any part of gaming and have no idea that was where it was going to lead you,” she said. 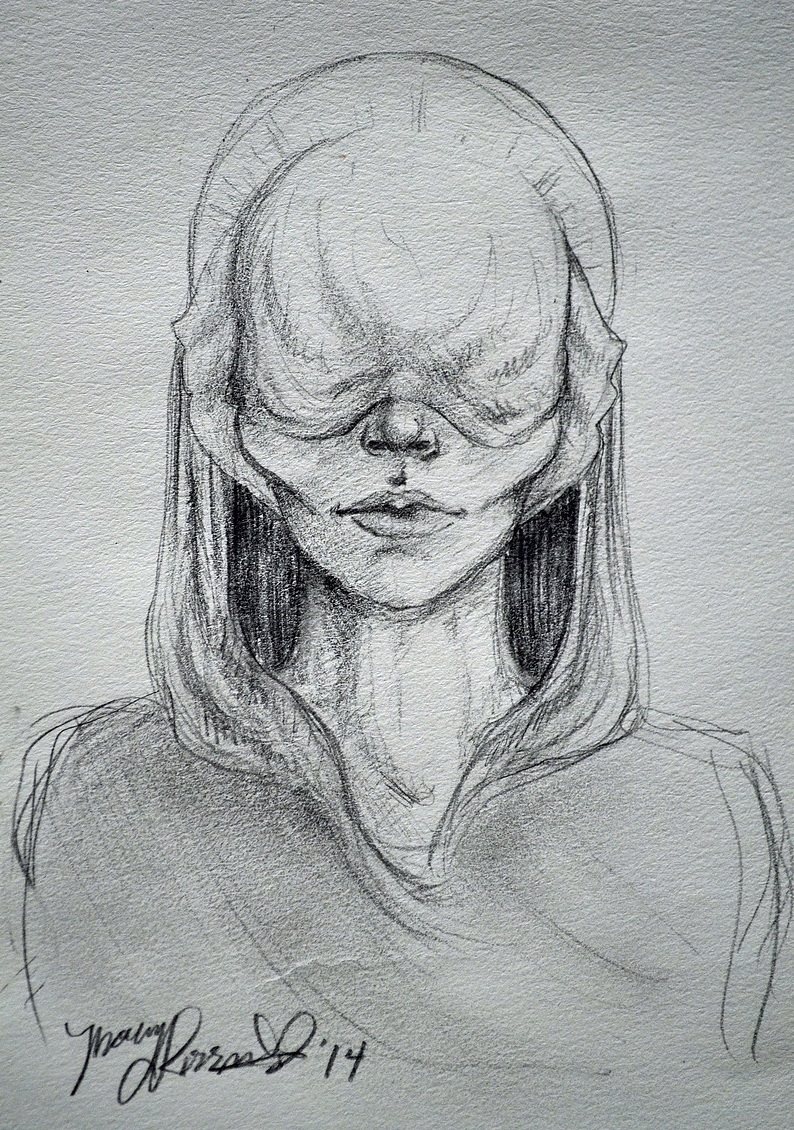 Rossman’s first sketch based on the Face Off TV Show