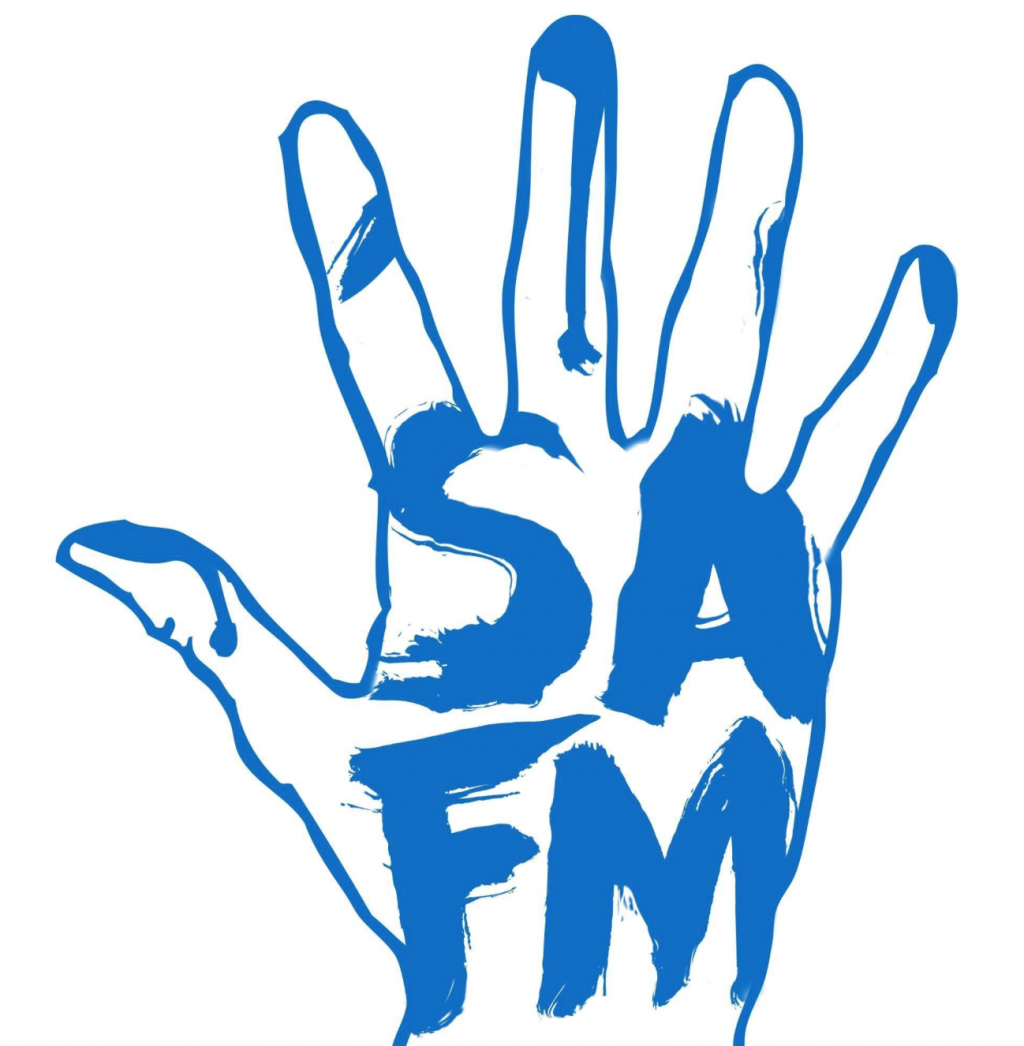 SAFM, an acronym for Student Advocates for Forced Migrants, is a group on campus created by President Kaci Clayton, Bridget Parker and Julia Dobija.

SAFM was created after the founders had an honors seminar on global cultures with focus on conflict and forced migration. They also visited two organizations, Bethany Christian Services and Freedom House, both helping forced migrants here in Michigan.

Recognizing a Need for Advocacy
SAFM’s main goal is to bring attention to and advocate for forced migrants – people who are displaced from their home for reasons such as being threatened or tortured– around the world.

SAFM president Kaci Clayton said after visiting and working with the refugees and asylum seekers, it really touched everyone’s heart; they didn’t want to stop after their class ended which pushed them to start SAFM.

Bethany Christian Services, which is located in Grand Rapids helps resettle refugees. Before being vetted and coming to the US, most of the forced migrants lived in refugee camps with poor conditions, where only their basic needs were met

Freedom House, which is located in Detroit, helps asylum seekers, people who are already in the US with an education or work visa or are here illegally and applying for refugee status.

“Freedom House is unique as it provides a service like no one else does in the United States,” said SAFM treasurer Bridget Parker.

Getting the Group off the Ground
The three pillars of SAFM are based off education, philanthropy and advocacy.

Their goal is to raise funds by collecting donations and giving them to different organizations, like Bethany Christian Services and Freedom House, Parker said.

SAFM also wants to educate the CMU community as well as surrounding communities to spread the word in their own town. They want to advocate for the same issues as the local, national and state governments are doing and get involved.

SAFM at CMU
The group, which only started a few weeks ago, currently has 23 members and has plans to become an RSO. Clayton said they are just getting on their feet and are still waiting to get registered, but it is a long process.

Creating a “Speak Out” event on campus is also on the horizon for the group. They hope to host a panel with speakers from both Bethany and Freedom House as well as a few forced migrants to speak on their experiences.

“Going there made us realize this is a real issue. There are people who need help. We didn’t want to just take the class and forget about everything that we learned. We wanted to use that knowledge in some way,” Parker said.

SAFM meets in Anspach 164 every Thursday at 8 p.m.