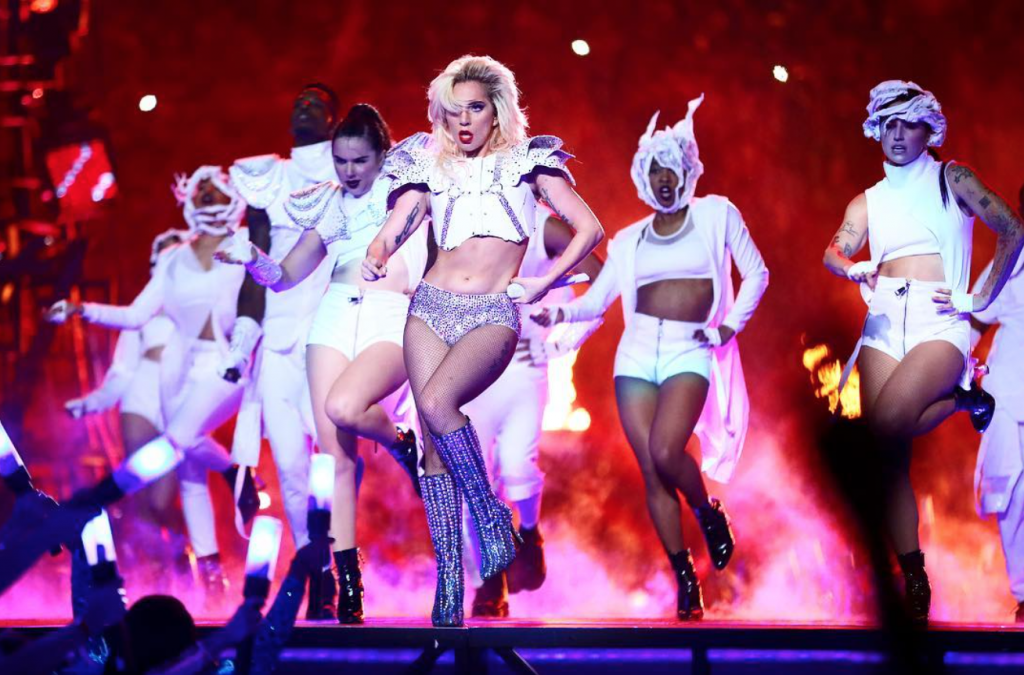 Super Bowl LI took place earlier this month and as predicted, it was a night of major surprises, not just during the game, but also in the halftime show performed by Lady Gaga. Gaga performed a medley of some of her classic songs, including “Poker Face, Born This Way, Telephone, Just Dance, Million Reasons and Bad Romance.”

But the only thing people could seem to keep their eyes on the entire performance was her stomach. Like everyone else on Earth, Gaga does not have a perfect body, and people took to Twitter to shame and hate on Gaga.

Tried to enjoy @ladygaga's performance, was distracted by the flab on her stomach swinging around #SuperBowl

What does this say about us as Americans –That we can’t stand to see a woman with perfectly normal proportions on her body?

“From performers like Lady Gaga, to the local weather woman, anyone in TV is subject to scrutiny on their body. I think it’s up to us as women to stand up and say we won’t deal with it anymore – if you don’t like to look at us, don’t watch it,” said president of the Alliance for Women in Media Devon Rademacher. “Sadly, a majority of the shamers of Lady Gaga’s are women. So it’s sad to still see us competing, instead of supporting.”

Gaga’s body shaming reached national news, plastered covers of every magazine and was the top entertainment story for most news stations.

She took her voice to Instagram, where she posted a picture of herself during the Super Bowl performance.

I heard my body is a topic of conversation so I wanted to say, I'm proud of my body and you should be proud of yours too. No matter who you are or what you do. I could give you a million reasons why you don't need to cater to anyone or anything to succeed. Be you, and be relentlessly you. That's the stuff of champions. thank you so much everyone for supporting me. I love you guys. Xoxo, gaga

“It’s ridiculous what people are saying. She looks absolutely amazing and has a perfect body,” Junior Kelly Hayes said.

“People will find anything to hate on. It’s like they’re seeking out anything to shame and bring attention to. There always has to be something wrong,” Sexton said.

Hayes and Sexton’s statements encompass a key issue in our society today, which is where we purposefully seek out “flaws” in people and bring attention to them.

Maybe it’s come to the time where we start spreading more love than hate, while embracing others and ourselves as who we are. As Gaga says, “baby, we were born this way.”