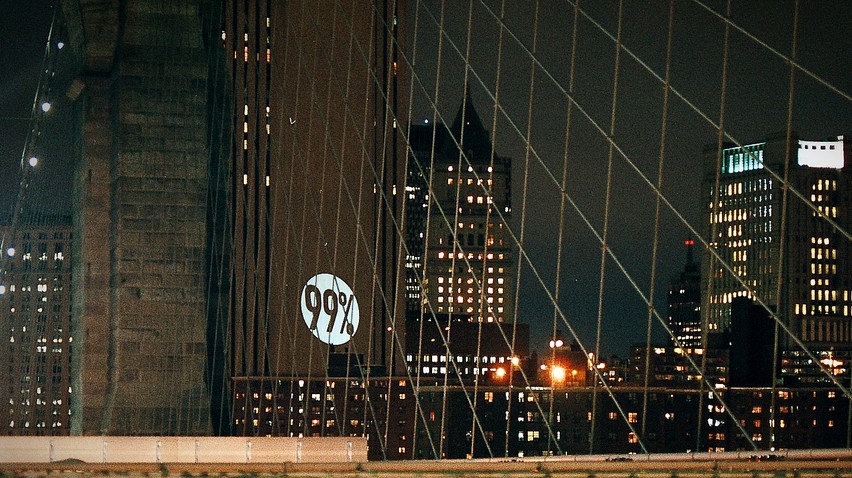 After protesters broke free of the standoff with police over getting in or out of Zuccotti park, the occupiers marched more than two miles to Union Square for the student protest rally. The NYPD marched beside the protesters in the street keeping them on the sidewalk. At Union Square, hundreds met in solidarity for students and educators. After a round of speakers and mic checks through Union Square, the students took to the streets and completely stopped traffic. Lookouts ran ahead to see what streets the police had barricaded to control the direction of the protesters who were trying to get to the next spot of protest — Foley Square.

An estimated 30,000 people convened in Foley Square. A sea of protesters each with different signs and reasons to participate in OWS’s Global Day of Action crowded the park and surrounding sidewalks. A long police-barricaded path was created for protesters marching to the Brooklyn Bridge. This time OWS community supporters helped with NYPD to keep protesters on the legal footpath bridge.

On the Brooklyn Bridge, a slide of projections appeared unexpectedly on the Verizon Wireless building overlooking the bridge. An image of “99%” flashed on the building, along with a mic check, in which the projection had the occupiers on the Bridge sing Happy Birthday to the two-month-old Occupy Wall Street movement.

Some protesters, tired with miles in their soles, took the subway home. Many of them stayed — in true fashion — and attended the General Assembly after the long day of protests.

Nov. 15’s eviction was just a step in the evolution of this movement, as many signs read, “you can’t evict an idea.”