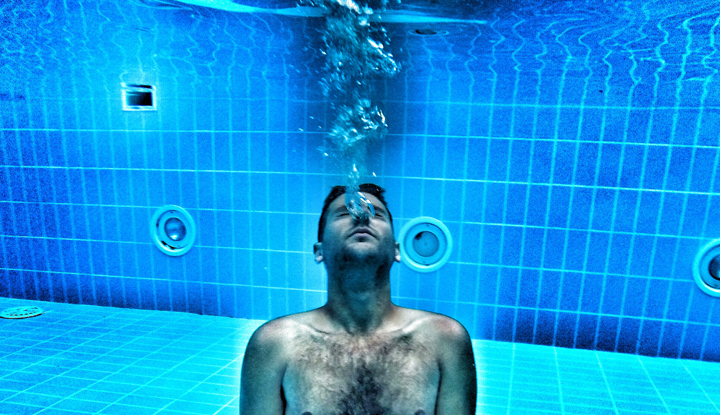 People are often confused when I tell them I am in recovery. I’m not what anybody would call a druggie; I only drink when I want to let loose at Wayside Central, and I barely smoke cigarettes.

But I am an addict, in recovery from physical self-harm.

Despite several celebrities recently stepping out about the issue, self-harm is still an issue that has a lot of stigma attached to it. For a very long time, I was scared to talk about my struggle with this dark issue.

Scared that I would be judged.

Scared that I would be dismissed.

Scared that others would think I was crazy.

Scared that I would be put on a pedestal and wilt under the pressure.

But if there’s anything I have learned through my journey with self-injury, it’s that keeping silent only feeds the addiction. It helps it grow stronger while you grow weaker, and I refuse to give it any more of myself than I already have.

Self-harm isn’t what most people think: an attention scheme, a political statement, or a suicide attempt (although it can often precede it). Self-harm, for me, was the only way to release my pain without completely falling apart and ruining the facade of my life that I worked so hard to build.

Most people didn’t realize that beneath my outgoing, sassy and go-getter exterior, I was hiding a storm of depression, anxiety and self-hatred. Self-harm had become a release, and I did not think I could live without it. Self-injury went from being something I would do once in a great while, to more regularly, until finally I was hurting myself multiple times a day. I kept the depth of my struggle a secret for six years.

Finally, during my senior year of high school, when those I loved most looked at me with eyes that could only be described as terrified, after they saw a glimpse of what I was doing to myself, I knew it was time to make a decision. I was drowning between the harbor and the hurricane, and it was time to decide if I would swim or sink.

I chose recovery because of a family willing to do anything for me when I had done nothing for them in return. I took a different path because I thought that my words might be able to mean something, that I could make a life for myself with something I loved to do. I reached out because my favorite high school teacher once told me I was important, that I mattered. Most importantly, I realized deep within me I had a great hope for tomorrow, that things could be better than they were today.

Choosing recovery was the scariest decision I have ever made, because it meant I had to swim like hell against the currents that had drowned me for so long. I had to give up the one thing that gave me relief from self-hatred and depression. I had to come clean to the people who thought I had it all together.

I’m not going to pretend it was easy or fast. There were many tear-filled conversations in empty coffee shops, counseling sessions where the only words I had to offer were “I don’t think I can do this,” moments where I sat on my shaking hands and stared blankly at the wall, wondering if there was a life out there for me that would be worth it.

Still, it was the best decision I have ever made.

If you are struggling, know there is hope, healing, and help for you. If you have ever been tempted by the idea, know that looking back on the wasted years breaks my heart, and I would give anything to get them back. If you love someone who struggles, know your loved one has resources available, that your love for them will help them through, that they can recover from their addiction.

Recovery is an ongoing and constant process, but I am not swimming this race alone. I am with thousands of others who are fighting to love themselves, to stay in the light, and to reach out to those around them. We continue because we decided drowning wasn’t an option, because we’re fighting the current, because we want to break to the surface.

And trust me when I say, the fresh air has never felt so good.