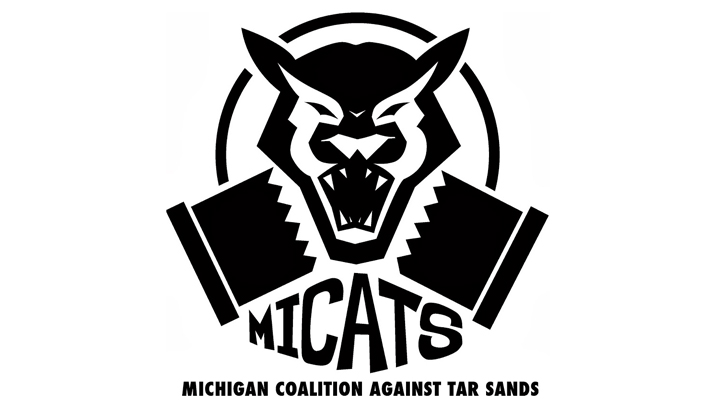 Through my academic studies, as well as first hand experiences working with grassroots groups on the front lines to enact social change, it is evident that the U.S. political system in which we live in is broken.

As a Political Science major with a triple minor in Environmental Studies, Communication, and Leadership at Central Michigan University, I was excited to hear about the Michigan Coalition Against Tar Sands (MICATS), an environmental “direct action” activist group fighting the tar sands oil industry in Michigan.

Let’s look at the fight against tar sands oil in Michigan. In 2010, Enbridge’s pipeline 6B busted and spewed out over 100,000 gallons of tar sands oil into the Kalamazoo River in Marshall, Mich. After years of Enbridge Corporation’s negligence and overlooking Line 6B’s many warnings of instability, the pipeline eventually gave way.

Now, almost four years later, the Kalamazoo River and the surrounding community are still facing tragic outcomes such as over 100 deaths due to the oil spill, destroyed ecosystems, and an overall decrease in living conditions for all. In Detroit, the fight against the petroleum coke piles or “pet coke piles,” is still ongoing.

Pet coke is a hazardous product of tar sands oil. This toxic substance, ironically owned by the Koch Brothers, piled up over the Summer on the Detroit River. The fight now has extended to Chicago, where these toxic piles of petroleum coke are being sent back and forth between cities, for no community wants them; NIMBY at its finest.

This is not just a classic case of pollution. This prime example of environmental racism extends environmental issues and delves into the social inequities. The fact that these pet coke piles stand in a community currently with no political power (primarily since the Emergency Manager) shows that this injustice does not occur in isolation, but is systemic.

There have been efforts to petition, write letters, and work through the local government. With such high risks of environmental, health and financial damage standing on the line, MICATS emerged. This group has carried out “actions” like one person skateboarding into a pipeline, four people locking themselves to Enbridge’s construction equipment, and a tree sit, all to halt the expansion construction of pipeline 6B.

There was also a sub-chapter called DCATS which blockaded trucks from dumping petroleum coke on the Detroit River. While some people may deem these acts “extreme,” I think that when every other avenue for working through the system has been exhausted, direct action is the next logical step.

I think everyone should look into these activist groups, support those facing time in prison because they fought for a livable future for all, and get these issues present in the public narrative. Or even better, act upon this dissonance.