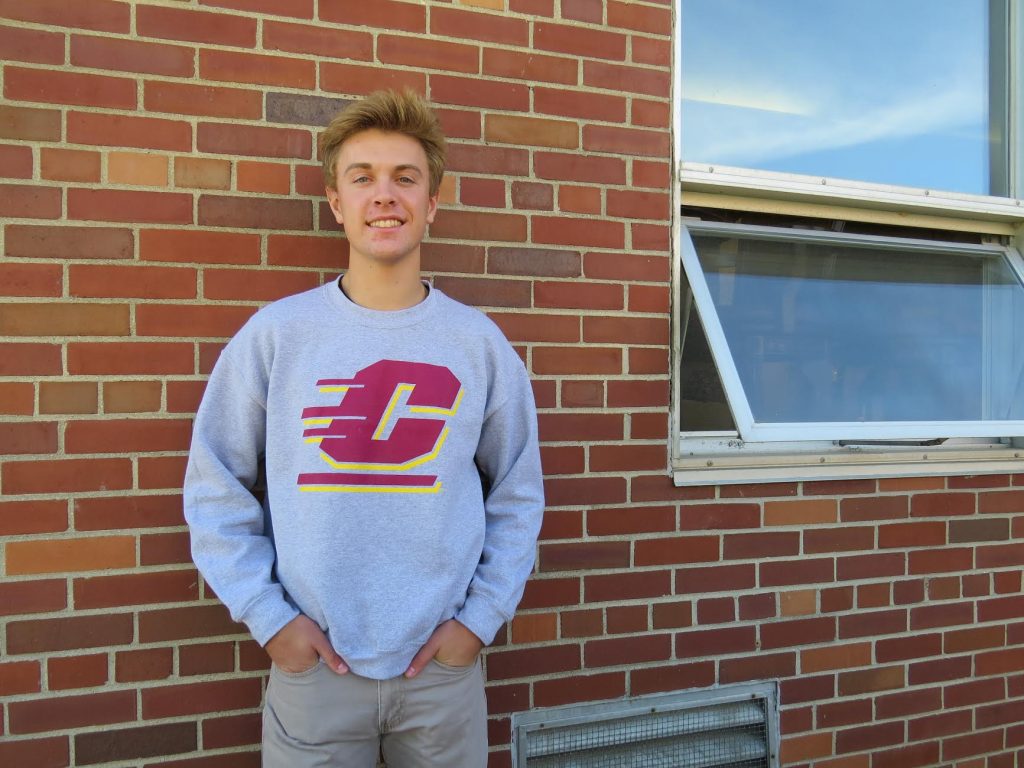 A freshman going into accounting with big dreams of becoming a Business Lawyer was first drawn to Central’s Campus because of the size. Coming from the small Upper Peninsula town of Bessemer, Mich., this campus was the perfect size. Central Michigan was Andy Aspinwall’s top choice.

Aspinwall describes himself as a loving guy who enjoys volunteering.  His zest for life and compassion for others is heartwarming, however life has not always been so simple for him.

At the young age of thirteen, Aspinwall was diagnosed with a rare form of cancer known as Langerhans Cell Histiocytosis, a form of muscle cancer that surrounded his upper ribs and lungs. He lost one fourth of one lung to cancer.

“I will admit I was in a bad time,” Aspinwall said. “I was afraid I was going to die because there was a twenty percent chance that I could and that is terrifying as a thirteen year old kid.”

However, Andy did not let this stop his active and sports-filled life. “I found out about this in late August and was cured by Halloween,” he said. He was able to be back on the court only 4 short months after surgery.

After his recovery, Aspinwall started tutoring kids. He believed this taught him patience knowing that his life forward would be about connections, he said.

Aspinwall explained that no matter what people go through, they can get through it and become a better person. “My journey made me think that you aren’t guaranteed another day so live your life to the fullest and make every day better,” he said.

So many people were important to Aspinwall in that time of his life, including a chemistry teacher who told him to watch a speech given by Jim Valvono, a basketball coach who died of his cancer. There was one excerpt in the speech that especially resonated with Aspinwall.

“If you laugh, you think, and you cry, that’s a full day. That’s a heck of a day. You do that seven times a week and you’re going to have something special.”

That is exactly why Andy was moved to share his own story of triumph. To show people what perseverance, a positive outlook, and resilience can do in one’s life. His story is one that can inspire many. Without a doubt, Andy Aspinwall will be a name you will want to remember.