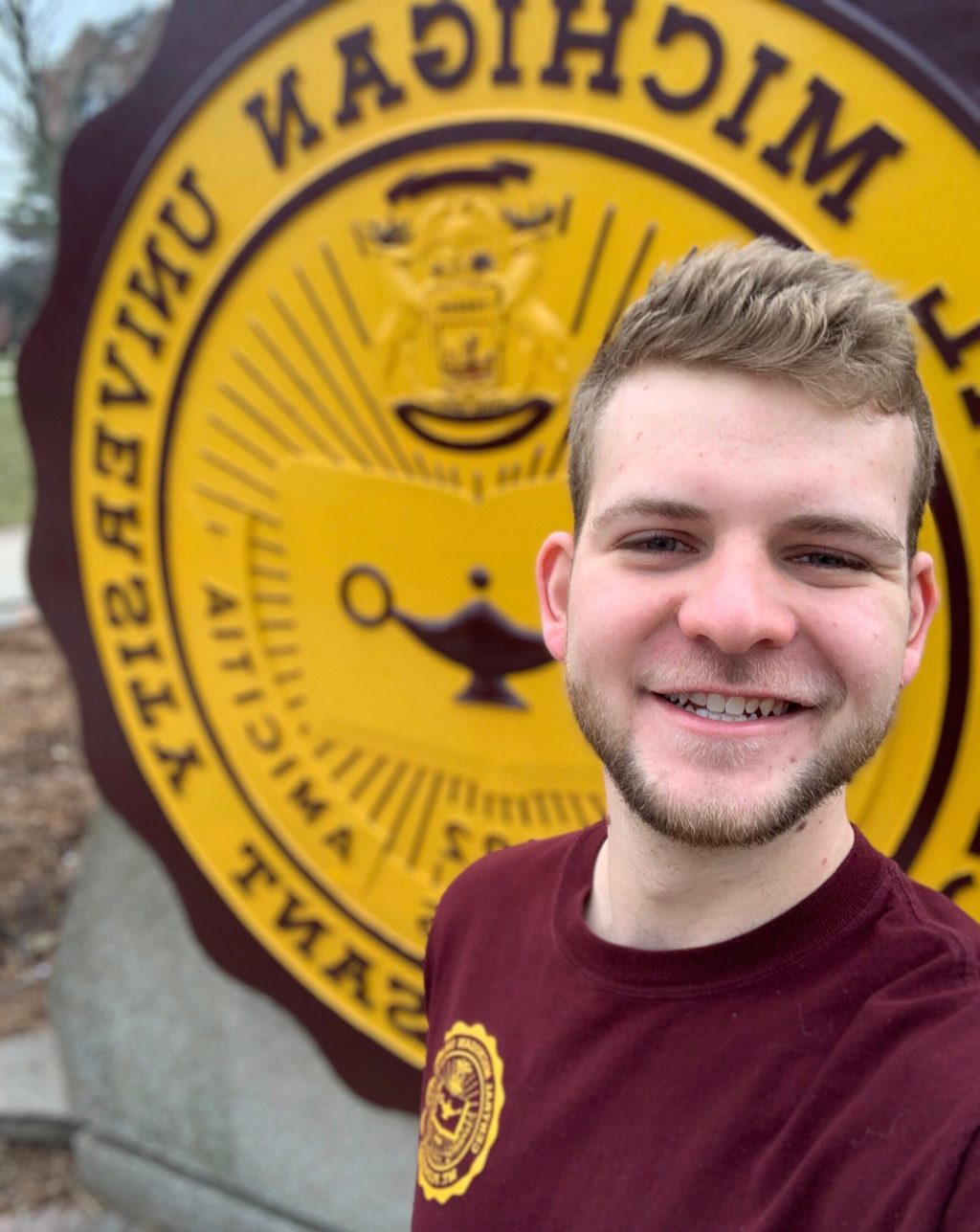 Who knew that March would be a crazy month for Central Michigan University seniors. Thinking you will go on a last, fun spring break trip with your friends. Come to realize shortly after, you are in quarantine at your home and you won’t see any of your fellow classmates until the commencement ceremony in August.

Most importantly, your last “moments” at CMU were in early March, not in May. Senior Mitchell Woolley, majoring in human resource management, expresses his thoughts through the transition due to COVID-19.

Before the new year, Woolley moved to Atlanta, Georgia to do an internship for his last semester at CMU. His internship consisted of working for a medical device company. He’s thankful right now that he has accepted a full-time job in Atlanta working in HR analytics for a railroad.

“I am fortunate because it’s a really unstable job market right now, so anything could still happen,” Woolley said. “You go through college in four years or five years and have a vision or end goal for yourself. It’s actually you’re an adult now in the workforce.”

Since Woolley moved to Atlanta in December, being away from his family  and friends during the pandemic has been difficult, but talking to them frequently helps.

“The day that I moved to Atlanta, reports were starting to emerge saying that there was a mysterious illness in China. I saw it right away and I didn’t give it a lot of thought,” Woolley said. “When I got my job offer in Atlanta on February 20, my friends and I went out to dinner. My training was supposed to be in Virginia, but now I’ll be in my apartment.”

Although Woolley was doing an internship in Atlanta, he had plans of doing a faculty-led study abroad trip in Austria during his spring break.

The Friday before Woolley was supposed to leave, he was concerned whether or not him and his classmates would be going due to the coronavirus outbreak. Days before departure, President Davies issued out an email cancelling all study abroad trips. Wooley was devastated, but he knew it was the right decision to be made.

The professor who was leading the trip was upset, along with the students. The professor created the course and it was the first time that the course was going to be tested.

“The professor is going to work with study abroad and get everyone who was in the course this spring to be able to go next year when they do it again,” Woolley said.

To keep Woolley busy while he’s quarantined in Atlanta, he’s making time to exercise outside and see what the beautiful city is like with empty roads and streets. Woolley is making a bucket list in hopes to fulfill by the end of the pandemic.

“All my problems before this, not saying they will go away, but the perspective will be different,” Woolley said. “When this does come to an end, although we need to learn from it  and not forget it, life is going to feel a little brighter.”

Despite what’s happening in the world, Woolley will miss CMU.

“I’ll miss the sense of pride that CMU makes you feel. I’ll be wearing a CMU shirt while going to the grocery store in Atlanta or when I go on cruises and someone will see it and say, ‘Hey, fire up!” Woolley said.

CMU will forever be in Woolley’s heart and he is so excited to celebrate his love for CMU in August.