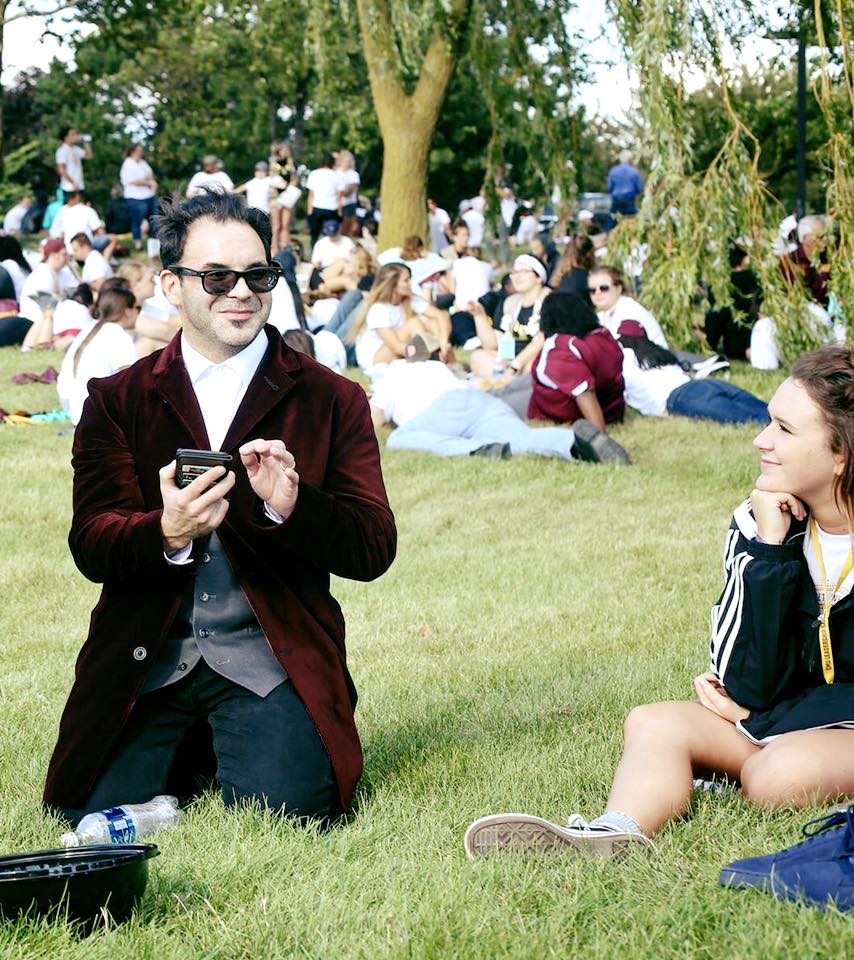 The professors at Central Michigan University can help make students excited to engage and participate in class each day. In the Department of English Language and Literature, Professor Joseph Michael Sommers teaches a variety of courses ranging in children’s and young adult literature, illustrated texts, late-nineteenth, twentieth, and twenty first-century literature and culture and narrative theory.

Throughout his life, Sommers has fallen in love with certain aspects of popular culture that led him to literature such as television, movies and video games.

Sommers crafted and taught a study abroad course in which students studied Harry Potter and then flew to the United Kingdom for a 10-day to 14-day tour of the inspiring locations from the book.

Looking back, Sommers said he enjoyed the trips, yet he would not teach the course again because of J.K. Rowling’s response towards the LGBTQ+ community, which occurred in summer 2020.

“I can’t in my heart put months of work and effort into someone with the much ability to do so much good yet who promotes such negativity towards the LGBTQ+ community,” Sommers said.

However, last December, Sommers created a three-week, three-credit course in which students were able to educate themselves on Marvel Cinematic Universe (MCU). Sommers said he built this course because he was fascinated by the eschatological philosophy of beginnings and endings, with the MCU’s Infinity Saga having just ended. He wanted to centralize the course on how the Marvel movies had changed over time. Sommers said that it was an amazing way to end a stressful year, and he felt it was something he could personally do to help students manage their stress in a fun and educational way.

If Sommers had to decide which Marvel and DC Comics characters is his favorite, he said he probably wouldn’t be able to. But, if he absolutely had to, he said he would choose Spiderman and Batman respectfully due to the writers and artists who built those characters and their worlds.

During the pandemic, Sommers developed a hobby: he sourced and built his own Mandalorian suit.

“I’m not sure if I did it more for me or for my kids, but, we love Star Wars around here, so it was a labor of love,” Sommers said. “And constant unyielding frustration.”He anticipates designing another suit soon.

Overall, Sommers said his passion for educating comes from building relationships with his students. He said he is grateful to teach in a college at a university that cares for and supports the ideas that he delivers.