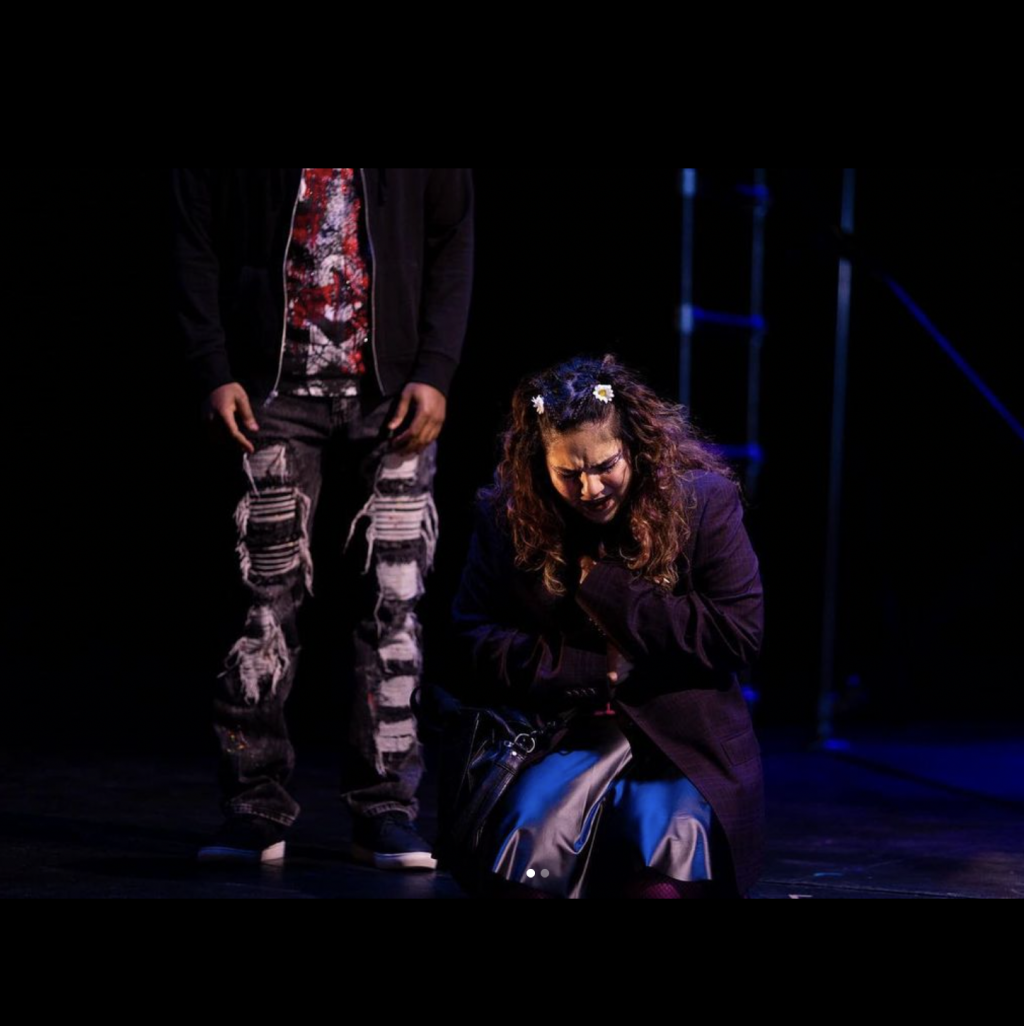 Valentina Avila is a senior acting/directing major at Central Michigan University. She most recently portrayed Ophelia in CMU’s production of “Hamlet,” but she’s also a dancer, choreographer, director and an international student.

Avila is from Venezuela, but lived in Chile. She’s been a dancer since she was three and always liked singing, acting, and being on stage. Acting was actually the thing she did least and she isn’t much of a singer, she said.

Most of her family are engineers and doctors, but her parents are very supportive of her pursuing acting.

She didn’t go straight to acting either, taking time to figure out if it was really what she wanted to pursue.

“I took a gap year to really think about it, whether that or if I was going into criminology,” she said. “Very different career paths. And I ended up deciding this because I always did it as a hobby. But I didn’t want to do it as a hobby, I wanted this to be a career that I do for life.”

After deciding that acting was what she wanted to do, she began looking at schools in the United States. The first places she looked were NYU and Yale, but it was very expensive in addition to the living costs of the area.

In order to apply for U.S universities, Avila had to take the Test of English as a Foreign Language. This is a “standardized test to measure the English language ability of non-native speakers wishing to enroll in English-speaking universities.”

After getting a very good score on this test, Avila received a call from CMU. The school offered to help her through the planning process and get her an answer faster than other applicants and schools.

“It just kind of felt like a burden off of me and I like the curriculum,” she said. “I liked the prices, at least for undergrad, because I do want to do grad school.”

Not only did Avila like CMU’s cheaper prices, she also admired the acting program. Compared to other schools, the program is not just about performing, but also teaches some technical aspects of the theater, she said.

“I like that because it feels like I’m more complete as a professional coming out,” Avila said. “Like I’m not just performing, I can do other things as well to get a job.”

Avila has done lots of work for the CMU theater department since coming here. She was the director for a one-act play in spring 2021 that won her the directing scholarship. She was the assistant director for “The Revolutionists” in February and she is directing “The Baltimore Waltz” in April.

While she has done lots of directing, dancing and work for the production crew, she hasn’t done a ton of acting here, due to the types of shows put on, Avila said.

“Central does a lot of shows in the early 19th century,” she said. “There has been important stories to be told where we think of racism, of slavery and whatnot, but they do that a lot here. And that doesn’t necessarily fit a place for me because I’m not black or white, I’m brown.”

Other shows have required things like British accents, which Avila can’t quite do yet, making it difficult to get casted. However, CMU is getting better about it.

“They’re working on it, they really are,” she said. “They’re listening to students nowadays to try to do more shows that are open to different people. The most is musicals, but like I said, I’m not a singer and it’s hard to get in musicals for that reason.”

Avila graduates in May and afterwards is making plans to attend graduate school. Her goal is to get two masters degrees, one in directing and the other in choreography. The difficulty is that these programs often require professional experience between finishing undergraduate studies and beginning graduate school.

“I’m applying to a couple of places that don’t require it, they just highly recommend it,” she said.

After attaining these masters, she has plans to put them to full use, with plans involving professional productions and her own company.

“One of the reasons why I chose theater is because I don’t see myself doing like one thing in theater all the time,” she said. “I definitely want to direct shows. I would love to choreograph for a musical, like a professional production of a musical.”

Later on in life, after directing and choreographing for a while, she’d like to open a dance company to put on professional shows every six months.

“I don’t know if in the US, I’ve always looked at Amsterdam for that.”

As for her time at CMU, the one show she would have loved to do while at Central was “Cabaret” but unfortunately that production has already been done in the past 20 years, so will not be done again for a while, she said.

“I would have loved to be in a production of Cabaret as a dancer or anything, it’s just a cool production to have.”