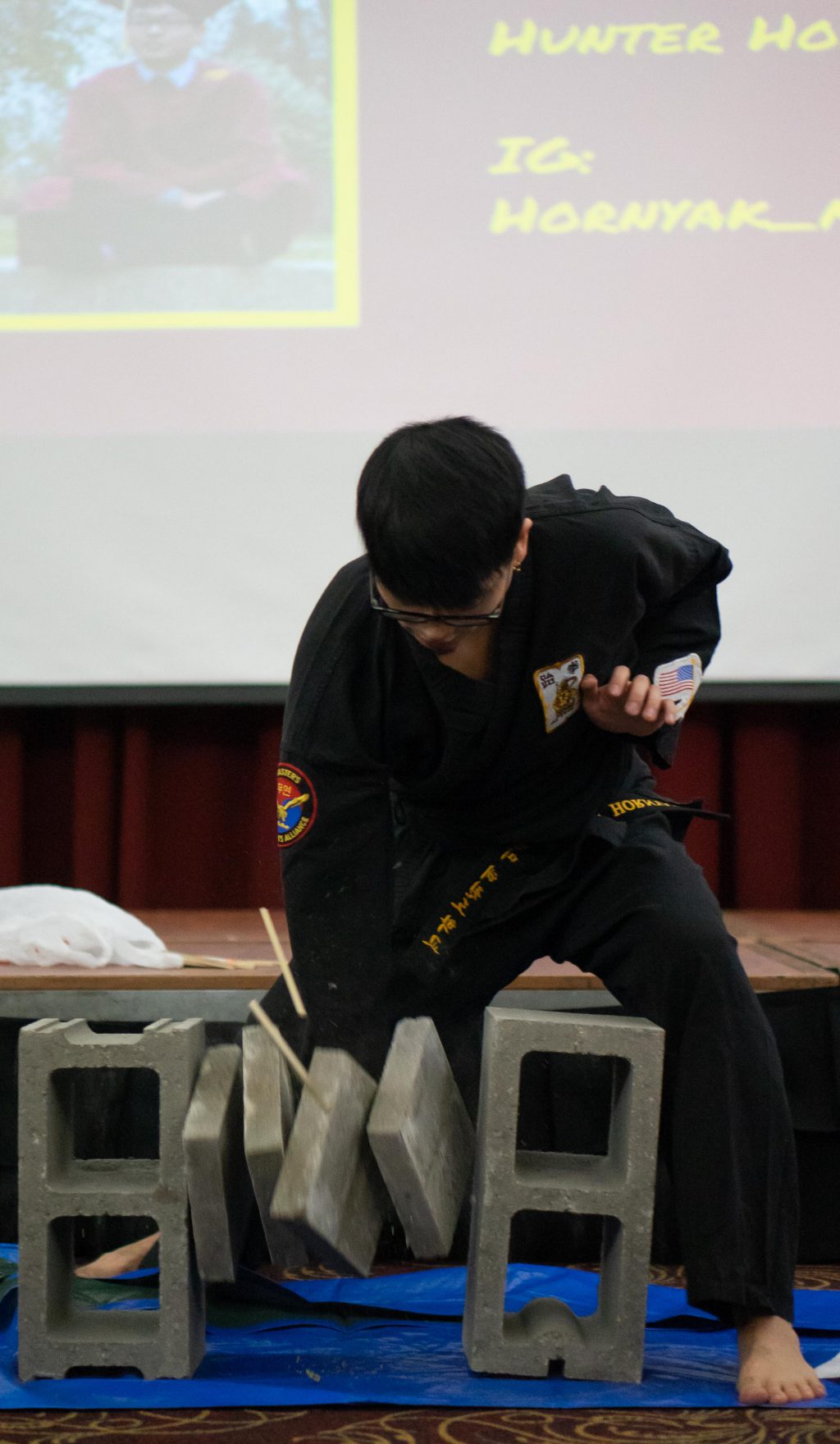 Friday, April 12th, The final event for the Asian Pacific American heritage month, Celebrasia, was held at the Bovee University Center’s rotunda and hosted by the Asian Cultural Organization and co-sponsored by the Multicultural Academic Student Services (MASS) office. The annual event is open to the public but it was the organization’s first time hosting it at the rotunda. The event was a variety show with performances by fellow CMU organizations, students, and faculty as well as guest performances from outside organizations.

Two members from the GDPT Tu An group perform a traditional Vietnamese dance.

Two members from the GDPT Tu An preparing to start the traditional lion dance.

The crowd reacts to the audience reaction contest with three volunteers performing their best version of, “the whoa.”

Jeff Nguyen performs as the head of the lion during the GDPT Tu An’s lion dance.

ACO president Xavier-Thomas Mendoza hosts the event for the organization.

K-Pop Central gets ready to dance for CelebrAsia.

ACO vice president Max Tran performs his solo during the last performance of CelebrAsia as ACO closes the event with a dance by their members.