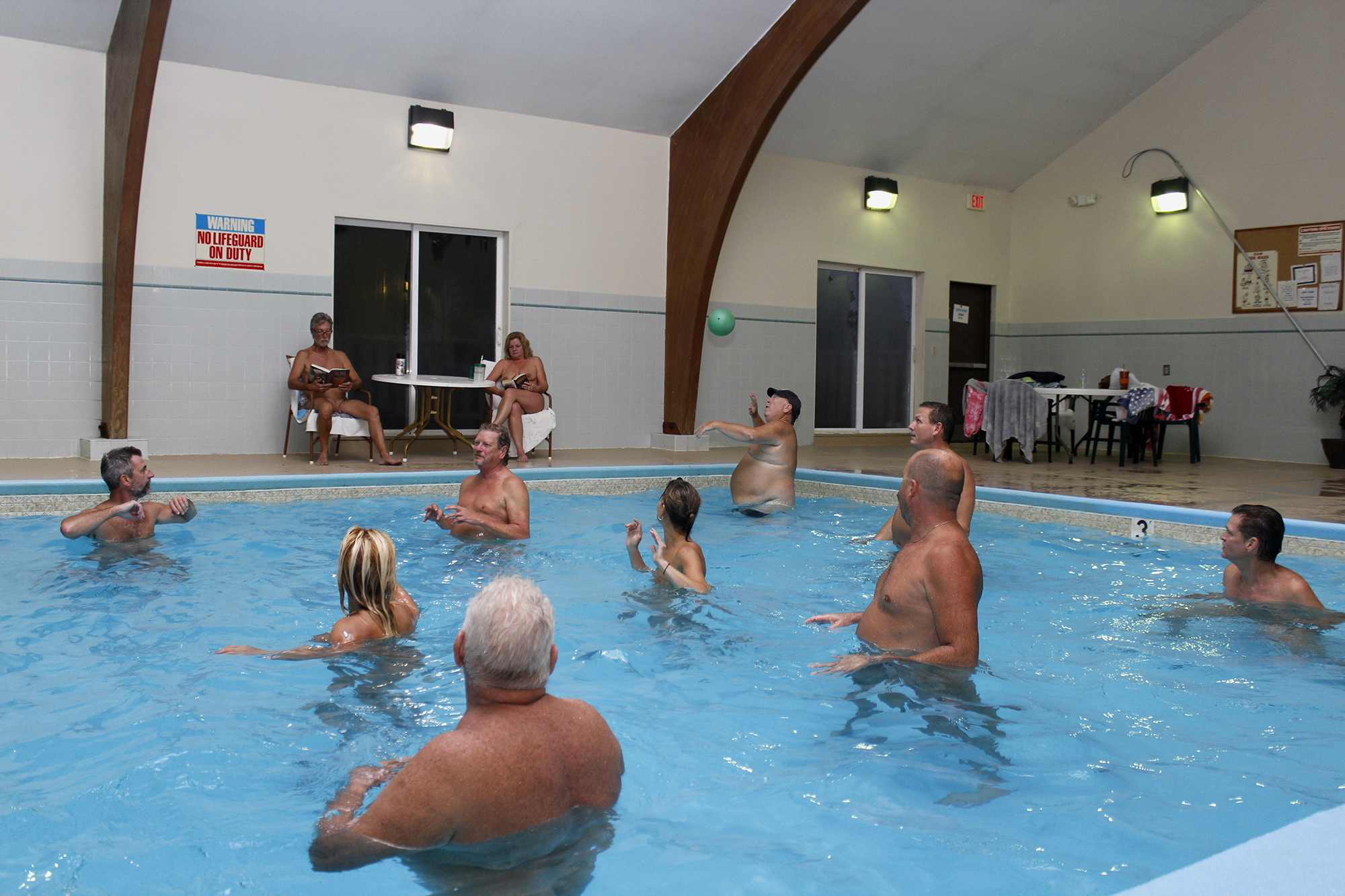 When I first told some of my friends and family that I would be spending the weekend at a nudist resort, most just seemed to roll their eyes and assume that I wasn’t serious. Why would a 24-year-old college student want to go to a nudist resort? Aren’t they just for weird old people?

Of course the short answer is no.

During my three days at Turtle Lake Clothing Optional Resort, I spent a lot of time both reflecting on myself and getting to know some of the people who regularly spend time at nudist resorts.

But why would I want to go in the first place? Many people are afraid that the residents at a nudist resort would be voyeuristic or overly concerned with looking at other nude people. But even though I am a single 24-year-old female, I never once felt unsafe or uncomfortable there.

The main, and arguably only, difference between nudists and people who live in the textile world, is in the idea of openness. All of the traditional resorts, vacation condos, and even family weekend getaways I have been to in the past had a different social-atmosphere than at Turtle Lake.

When you take off what we buy to differentiate ourselves from others, fashion clothing and jewelry, you really get to know the person underneath. There is nothing for you to hide behind. It no longer matters what you do for a living or how expensive your pre-washed jeans are since you are just like everyone else. You are who you are, and that is something to celebrate.

Other people just enjoy doing regular activities without the hassle of clothing. Even when we are toddlers we have to be forced to wear clothes by people around us. And some of the most prude adults I know have gone skinny dipping and don’t think it is weird or outlandish.

One activity that I found to be very popular and fun is water volleyball. I had never played water volleyball before, let alone naked, so I was nervous when I first walked into the nudity-required pool and hot tub area. But I was immediately welcomed and invited into the game. Even though it took me several attempts to hit the darn ball or even score a point, everyone was incredibly supportive and inclusive.

Besides the pool, hot tub, and Michigan’s only nude beach, Turtle Lake also hosts several dance parties throughout the year. There are also music festivals, volleyball tournaments, a full golf course, and other events, such as the Soup and Chili Fest I attended that weekend as well.

I plan on returning to Turtle Lake with some of my friends in the summer. We could either set up a tent in the camping areas, or rent a room. Either way, it is sure to be a wonderful time! 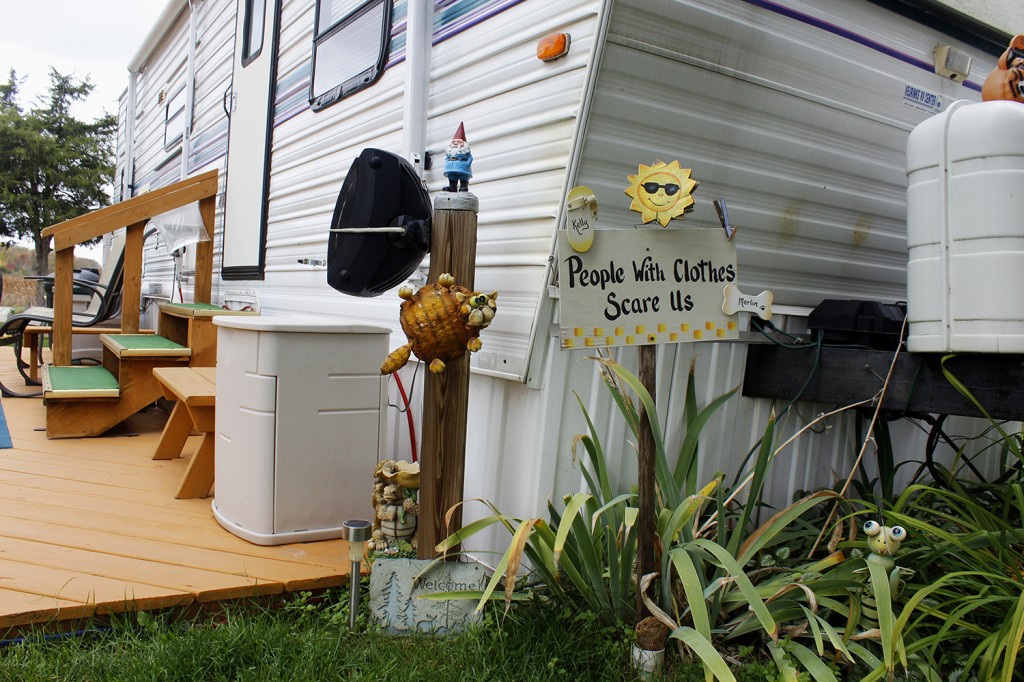 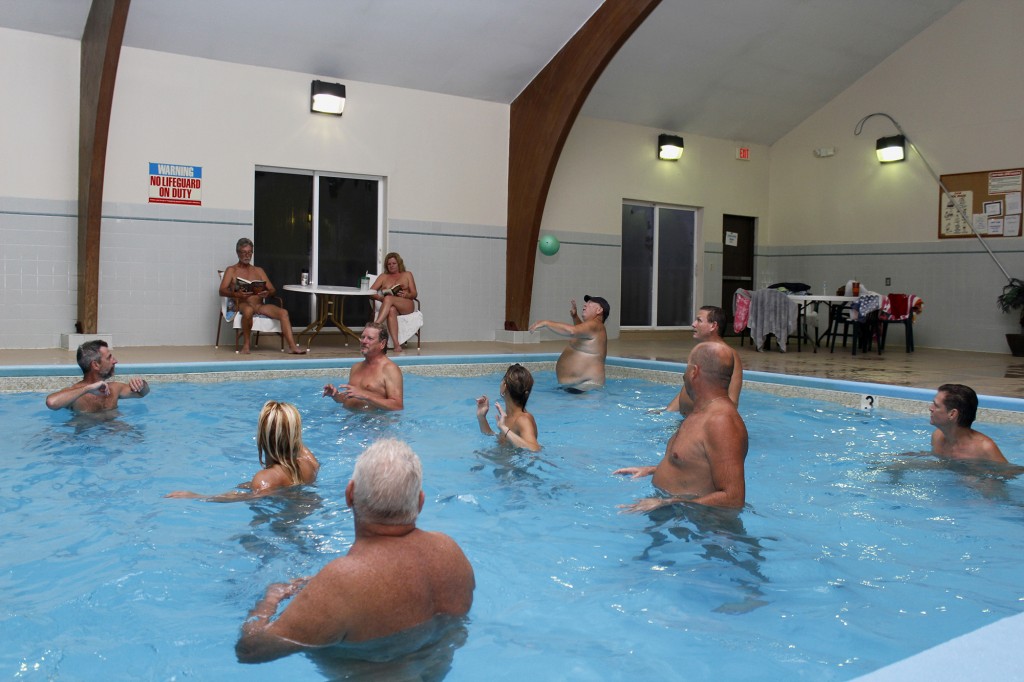 One of the most popular sports at Turtle Lake is water volleyball and often times the pool is completely packed for the games. Several of the players say that playing water-volleyball naked is easier since you don’t have the “drag” of a swimsuit to work against. 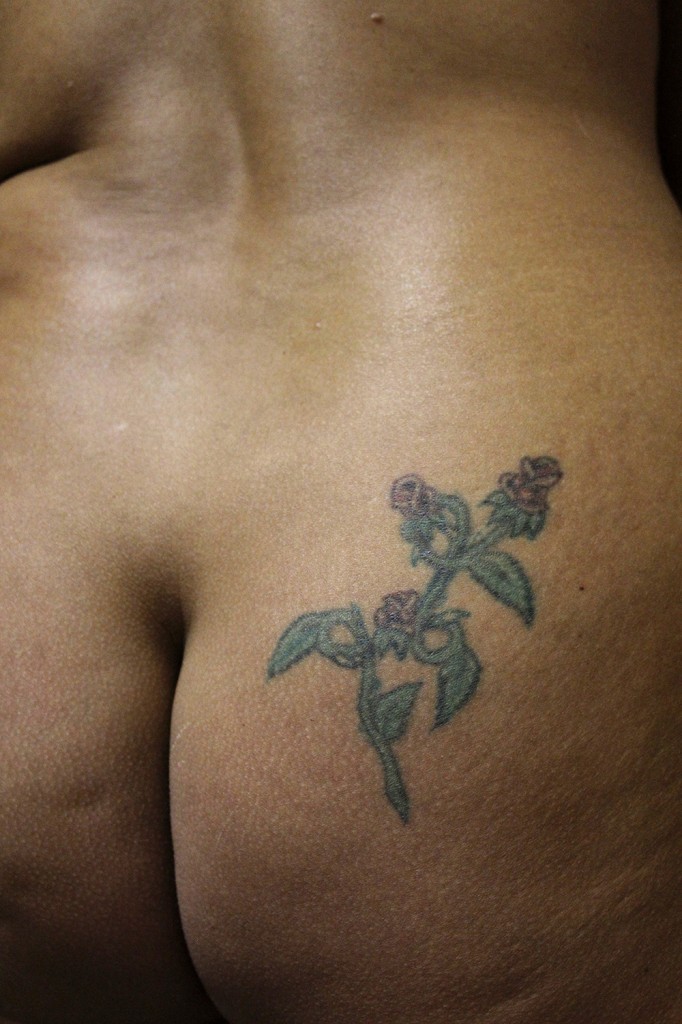 Gretchen and her husband Matt are part owners of Turtle Lake and spend the majority of their year at the Resort. Gretchen used to be a firefighter but is now going to school to be a nurse. 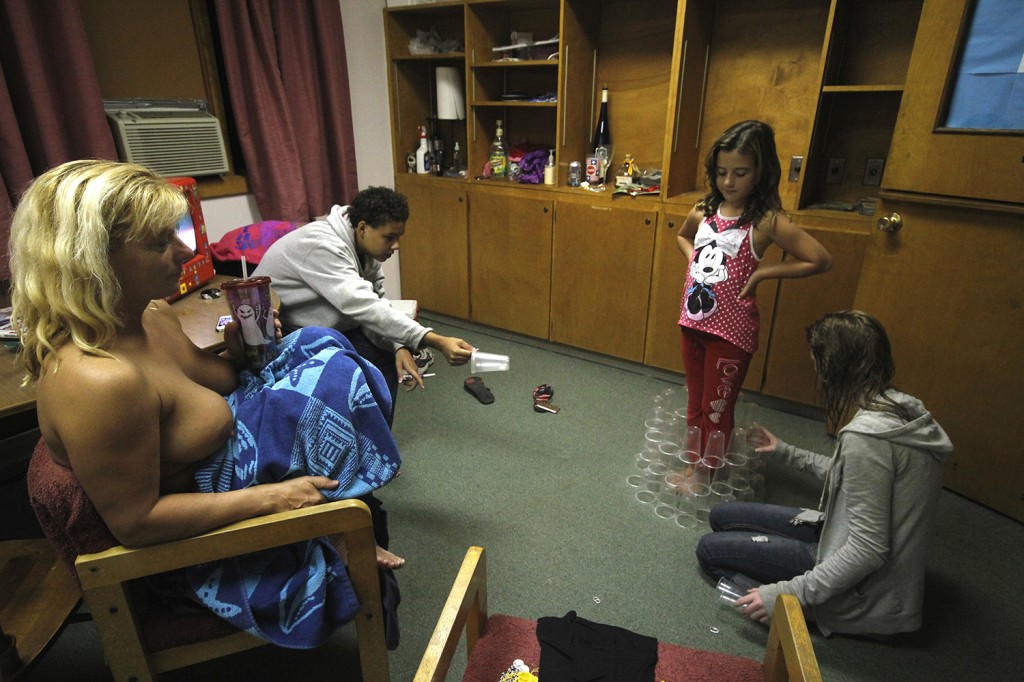 Gretchen watches some of the younger members of Turtle Lake entertain themselves while the “adults only” dance party goes on in the other room. 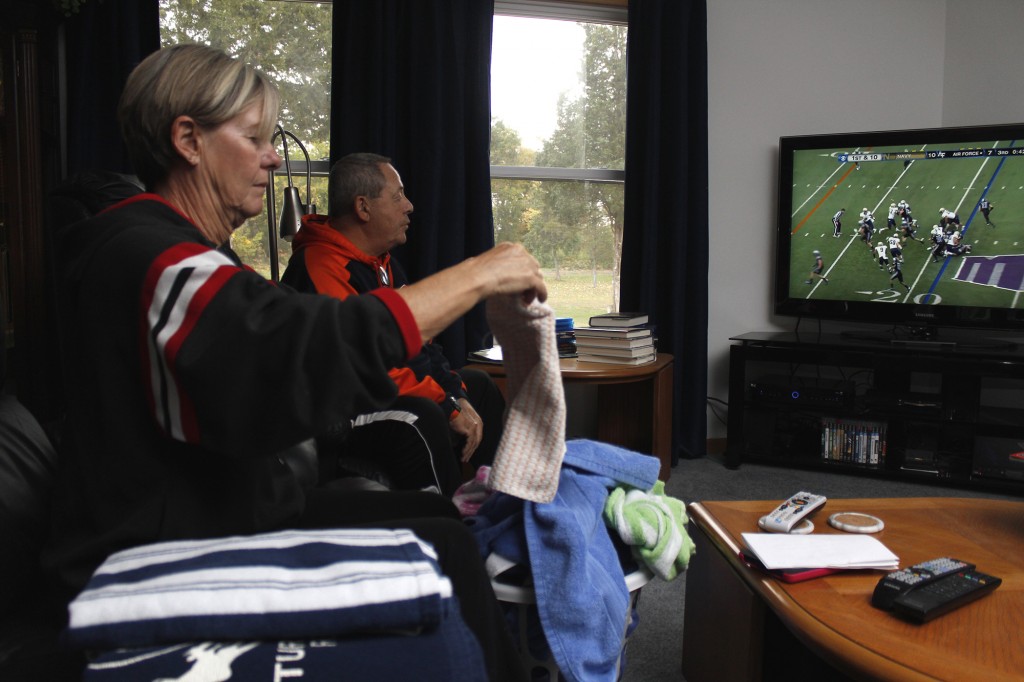 Pam folds a load of freshly washed towels while her husband John watches football. It seems counter-intuitive for nudists to have to do laundry, but since everyone sits on their towels, they still need to be washed.