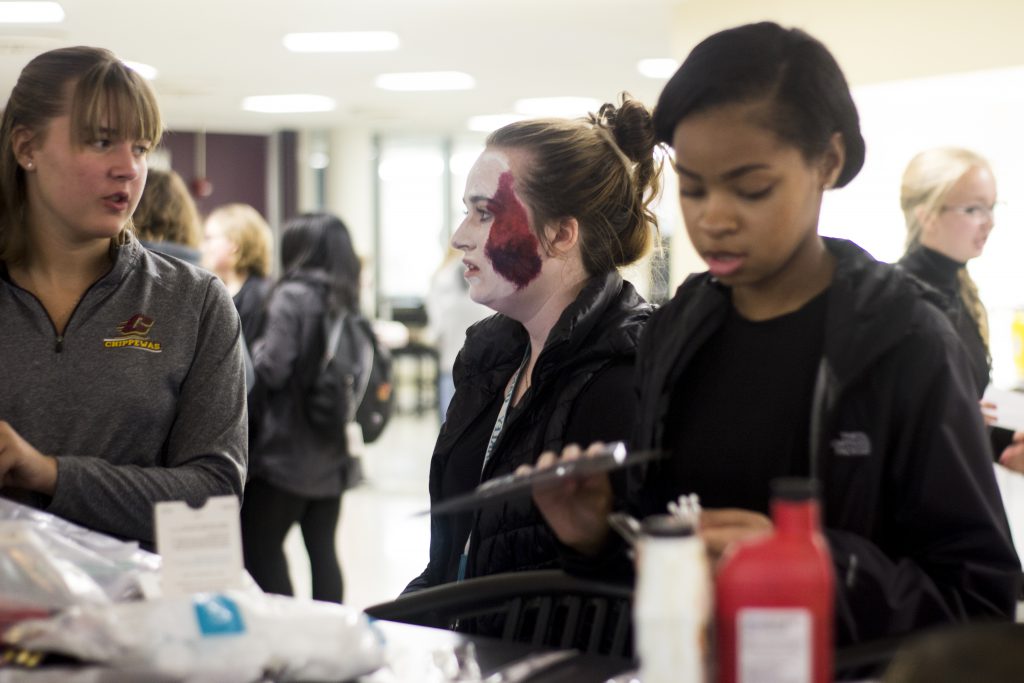 October is a sure sign of fall and Halloween, but for the North Campus of Central Michigan University the annual Legends of the Dark walking tour is the most exciting part of the month. 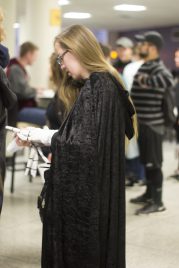 Every October, Trout Hall’s Hall Council puts on the walking tour that is open to students and the public to raise money for a chosen local charity. This year’s charity is the Isabella Restoration House, and the goal is to keep it open to the homeless for two more months. 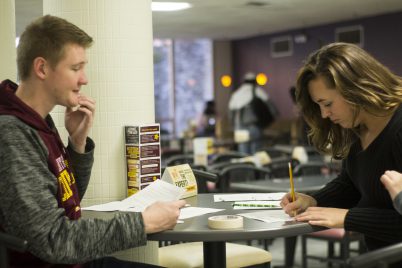 The event isn’t as easy as choosing a charity and gathering volunteers, though. The tour requires around 150 volunteers from tour guides and security guards, to makeup artists and scarers. Thayer did multiple different activities to help during last year’s Legends tour, but this year she is one of the people in charge of the tour. 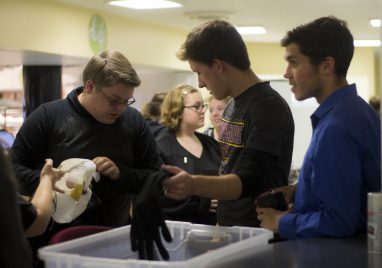 “We started preparing for Legends at the end of the last year when we checked inventory, and in August I created a new page for volunteers on the website as well as updating the other parts of the website,” Thayer said. “During the event, I wait in the UC Down Under Food Court to make sure that tours are leaving on time, and each night I go on one tour to see what is working for us and what isn’t.”

While Thayer stays in her mentioned spot, tour guides take groups of people around the tour. Each person has a script that is usually memorized but doesn’t have to be. Guides begin a new tour every 10 minutes starting at 7:30 to around 10:30 at night for three nights in a row.

Sparta sophomore Joy Morris’ favorite part of Legends is being a tour guide.

“Being a tour guide is not something that I ever thought I would like to do, but honestly it is one of the best experiences I have had yet at CMU,” Morris said. 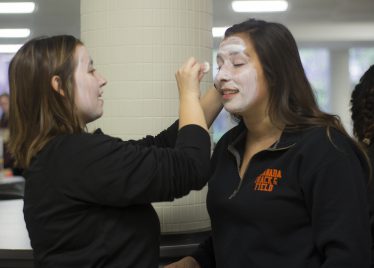 For Kalamazoo sophomore Morgan French, the Legends of the Dark walking tour is more than a fun CMU tradition.

“Legends is a great program that provides students with a great way to learn about campus and volunteering. Being a tour guide has been so much fun, and I have loved being able to show tour goers a great time at this event,” French said. 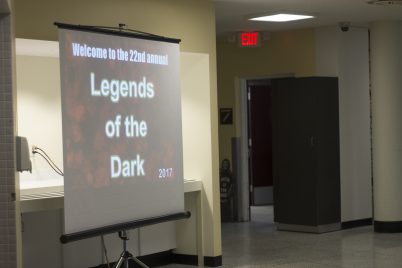