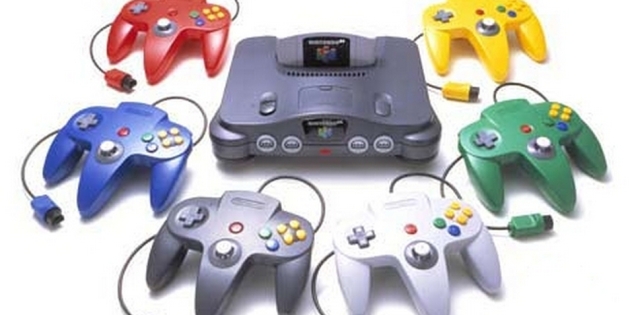 Your parents, your girlfriend or even your bank account may complain that video games cost too much. But if you think for a second that gaming isn’t cheaper now than it ever has been you are objectively wrong.

Let’s go back to 1990. SNK just released the Neo Geo to the absolute delight of a few people. I say a few because only the richest of the rich could afford it. When originally released the Neo Geo cost $650; adjusted for inflation that means it cost over $1,100 with the 2012 dollar. The Neo Geo wasn’t some anomaly either. Of the top 10 most expensive game systems only one (Play Station 3) was released after 2000 and the next most recent console (Sega Saturn) was released in 1995.

Not only were the systems more expensive back then but the games cost more too. When the NES (Nintendo Entertainment System) was released in 1985, games cost anywhere from $29 to $45. This means that these games would run for $64 to $95 nowadays. Suddenly the ten dollar rise in prices for games from last generation to this one doesn’t seem so bad. And let’s not forget about mobile gaming. Almost everyone can call themselves a gamer thanks that piece of hardware in their pocket, quick gaming is available almost anywhere. And when I say cheap, I mean totally free. Of the current top 25 highest grossing apps on the Apple app store all but four are completely free. Twenty-one out of the 25 most successful mobile games are free to download. This leaves me wondering how they make their money?

Most of those games use micro-transactions allowing players to buy more equipment or virtual money. In the current highest grossing game, “Clash of Clans,” players never have to pay. However, if they choose, they can spend anywhere from $4.99 to $99.99 on gems which will help to win. It’s a great new way to game: play a game for free and if you really like it, buy upgrades to help you win. It’s simple and undeniably successful. There are more places than just your phone to get full games for free, though. Many MMO games (massively multiplayer online games) are free to play. In fact, there more free to play MMOs than not. Literally hundreds of MMOs with hundreds of hours of content are ready to be downloaded. Sadly, consoles don’t have a long list of free MMOs, but there is DC Universe Online on the PS3 which is equally free.

Perhaps the greatest part of being a PC gamer is the ridiculous savings you get from the various sales on Steam. Right now, gamers can buy “Portal 2,” “Left 4 Dead 2,” “Eve Online: Retribution” as well as dozens of other games for 75 percent less than their normal price.

These one-game-sales happen daily, but during various times of the year there will be bundles that cut the price for games immensely. Happening right now is the Humble THQ Bundle. The sale allows buyers to pay what they want and pay as little as $1 for a game that normally costs $60. If you pitched that idea a decade ago you’d be laughed out the door before you even got to mention that the proceeds go to charity. That’s right, players can get games for 98 percent off factually claim that they were actually doing it for charity.

Some people will spend thousands of dollars a year on video games, but you don’t have to. With free to play games and consistently great sales gaming is cheaper than ever, and that’s not even taking into account the quality of games either. There has never been a better time to be a gamer.