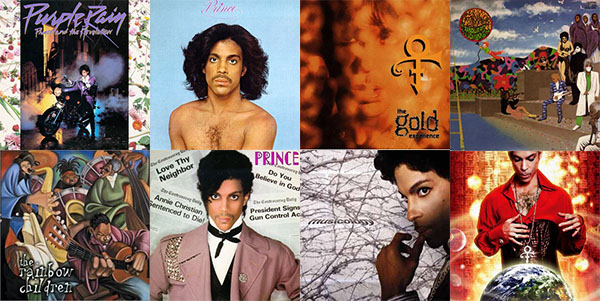 Making it big on the pop charts today gets determined by one consideration.

Does this song sound enough like last month’s hit to make it through the clutter and guarantee sales?

Questions like these seem counterintuitive – that difference, not similarity, makes a bigger splash than something we’ve heard before. A recent CBS report claiming that 35-year-old Led Zeppelin remasters are outselling Taylor Swift albums rapidly bolsters the notion that a diverse catalogs of genre-defying music outlasts one-hit wonders every time.

The music of Prince is no exception to that rule.

Prince recently made an appearance on April 9, to Detroit’s Fox Theater on what he called a “Hit N’ Run” tour. The Artist, as he’s known, released a tour announcement without dates. During the week of the gig, Prince announced the city, venue and released tickets just days before the performance.

Tickets sold out in nearly four minutes – purchased in droves partly by Millennial Gen music snobs – bolstering the idea that music with diversity stands the test of time. Prince played 41 songs, all of which spanned genres so broadly, it was as if the funky one himself was lecturing on the history and current state of music.

Here’s Grand Central Magazine’s breakdown of what songs Prince played, why they were hits in their time and why they still resonate with Millennial culture.

Known almost exclusively for songs about love and sex, Prince is also one of the greatest rock guitarists of his time. The dude rips blazing solos that would make Eddie Van Halen cry himself to sleep, evidenced on his ’80s super-hits “Let’s Go Crazy” and “When Doves Cry.” He also plays exclusively now with an all-girl power trio, aptly named 3rd Eye Girl, which sounds more like Rush than the Revolution. Even “Let’s Go Crazy” got the hard rock treatment that night as an augmented Zeppelin-like groove that segued into a snippet of Edgar Winter Group’s classic “Frankenstein” jam.

Oversimplifying electronic music into one catchall like EDM is silly at best, but it’s how people in the Millennial Gen understand the difference between Techno and Dubstep – if at all. Despite EDM’s evolution, old disco club tracks are the ancestors of festival DJ gigs. Prince’s early catalog is rife with these kinds of electro grooves, and some of his output classifies exclusively as House music. Proto-electro hits like “Sign ‘O’ The Times,” “Hot Thing” and “Nasty Girl” took center stage, and Prince spent time in one of three encores using live drum programming. At one point Prince said “I’m gonna play the DJ now,” showing how much respect he has for electronic music.

Baby making and Prince go hand-in-hand. The influence of Prince’s rhythm and blues is heard on everything from Beyoncé’s “4” album, anything D’Angelo and modern crooners like Miguel and Bilal. At one point or another, a car full of sorority girls have blasted “Kiss” on a road trip, or maybe a lovelorn bro teared up while listening to “Nothing Compares 2 U.” Ignoring this part of his catalog would be sacrilege, prompting Prince to crank out tracks like “She’s Always In My Hair” while slowing some down to a snail’s pace. Such was the case with “Little Red Corvette,” which works well as a down tempo jam. He even dropped a Janet Jackson tune, a guilty pleasure for many in the crowd.

Prince ruled the ’80s with a purple iron fist because he was one of the first black rock artists to embrace new wave as a pioneering sound. Undoubtedly, Prince set the course for almost every keyboard-addled pop track that came out in the era, and everyone wanted to capture sound like the “Dirty Mind” album. Prince again languished fans that night with crispy synth-heavy throwbacks like “Take Me With U,” “Raspberry Beret,” “U Got The Look,” “I Would Die 4 U” and the Parents Music Resource Center-angering “Darling Nikki.” If it weren’t for Prince’s new wave, we wouldn’t have mainstream acts like Kanye West, Kendrick Lamar or Justin Timberlake playing so gleefully with synthesizers on some of their biggest hits.

Everyone digs a slow jam, and “Purple Rain” is the epitome of epic ballads. Prince’s most well-known song solidified his presence in rock and pop history forever, and even 20-year-olds break out the lighters to illuminate the din when he plays this one live. At the Fox Theater, Prince played other memorable tearjerkers like “The Beautiful Ones,” “The Most Beautiful Girl In The World” and the underground favorite “The Love We Make,” which served as his closing track.

Any list on the influence of Prince wouldn’t be complete without the essential element of funk. Despite his rock leanings, Prince is far more Sly Stone and James Brown than he is Jimi Hendrix. Prince stays true to his roots, dropping staccato 16th note guitar lines and Brownian “on-the-one” backbeats throughout his discography. At his Fox Theater show, Prince broke it down funk stylings with New Power Generation songs, including “Musicology” and “Party Man.” Showing reverence, he covered two Sly and The Family Stone tracks, “Mama Feelgood” by funkateer Lynn Collins, and paid homage to Motown’s own Michael Jackson with “Dancing Machine” and “Don’t Stop ’Til You Get Enough.”