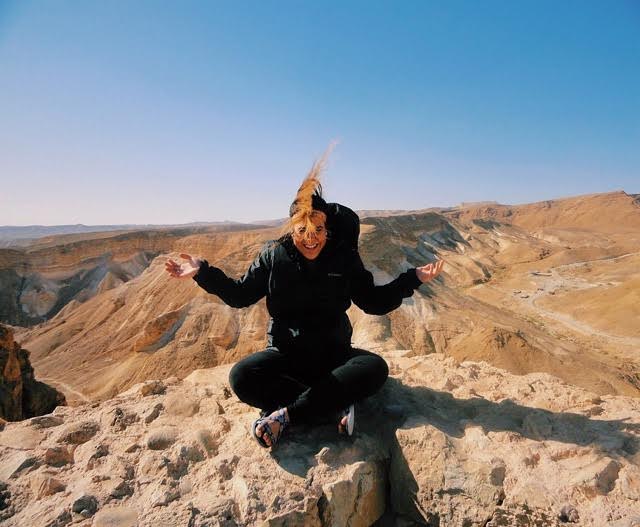 For two years of Paige Long’s life, she let a relationship determine her life decisions. After gathering all the courage she could, she decided to end the relationship to better herself.

Grand Central: How did your relationship start?
Paige Long: I always felt like something was missing or that I was settling. Two weeks into my freshman year I had come home and met one of my cousin’s friends. We hit it off immediately. I didn’t really expect anything to come out, I wasn’t expecting a call back or anything. But I had a text the very next day, which ultimately just lead to me falling in love with this guy. I thought it was crazy I had moved away two hours to find someone that had been back home this entire time. But, almost immediately following us dating, I began to see him wanting me to come home every weekend and I knew he had good intentions, of wanting to see me, but I almost felt guilty and like I had to go home. But it was never enough for him.

GC: What made you stay even though you had a feeling something was wrong?
PL: I just felt really needed, which was nice. I just knew it wasn’t really healthy and by the time Christmas break rolled around, we fought about everything.

There are so many instances I just brushed aside because he told me if I ever left, nobody would ever love me again and I could never find better than him. So in my head I thought this was as good as it’s going to get. We had really great times, don’t get me wrong, he really was my best friend. It was easy to love him, it was so was, but it was so damaging.

It wasn’t until February of my sophomore year that I finally decided that [I was] done being controlled. I always say he never put a hand on me, but his words hit me harder than any hand ever could. After getting called “worthless” and so many names, it’s sad looking back. I know God gave me the strength, because I was so far in I couldn’t even see the damage. Once I finally left, I finally saw it.

GC: When did you realize you were in an unhealthy relationship?
PL: I think I always knew, I just didn’t want to admit it. The night I really admitted it was probably a month before I broke up with him. I was sitting at Sibling’s Weekend with my little sister, who is 14. We were in a magic show, and I get bombarded with texts and I told him I’d call him later. He said, “Call me right now or we’re done.” I didn’t call him right away, but I did eventually, and I remember that ultimately lead to me sitting in my dorm room, while my little sister [was] visiting and she’s just sitting there and my boyfriend and I were screaming at each other. After I hung up, I threw my phone and my little sister looked at me and said “what are you doing? Paige, he is such a bad person you don’t deserve this.”

I don’t know what it was – it was simple and I had heard it so many other times from other people, but being a role model for my little sister, and my heart would break if anyone said any of those things to someone as much as I love as my little sister, I realized that I needed to love myself as much as someone else.

GC: After you broke up how was the relationship still affecting you?
PL: I wanted to stay in his life because I thought we could still be friends. I tried to negotiate with him and found myself begging him to stop loving me just for the sake of the friendship. But to him it was we’re together or nothing.

Every single time, I’d call him because his life was more valuable than my own happiness, so I kept putting him first. That ultimately lead to me changing my phone number and blocking him on social media.

GC: Once you were officially out of that relationship, how did it feel?
PL: The first month after I changed my number I felt happy. I felt like I could be my own person. I felt like I didn’t have to get anyone’s approval for something as simple as going to bed. It was like I had control for the first time. But then I started getting really lonely. I realized it was real and I just remember getting really sad. It was really hard and it wasn’t easy. Sometimes feeling regret, being mad that he was in a new relationship. But part of me hopes that he changed, because I never want someone to go through what I had to go through.

So it took me along time to give it to God and see that He’s using it to help refocus my life and that I need to focus on myself. So now, I write a lot to help with it – a lot of poetry and creative writing. I realized a healthy relationship isn’t just physical. It’s verbal, it’s control, it’s so much more and just because there’s not outward damage, there’s a lot of internal damage.

GC: How is your life different now?
PL: I am able to look at my friends relationships and see what actual love is. My family life, my friends, my grades all got better – my motivation. I decided that I was going to do everything that I didn’t get a chance to do when I was in it.

I don’t wake up every morning in fear of what messages are going to be on my phone or someone telling me what I can and cannot do. I wake up knowing I have a clean slate and I am the person that can determine my life, and I’m the person who is responsible for all the good things in my life.