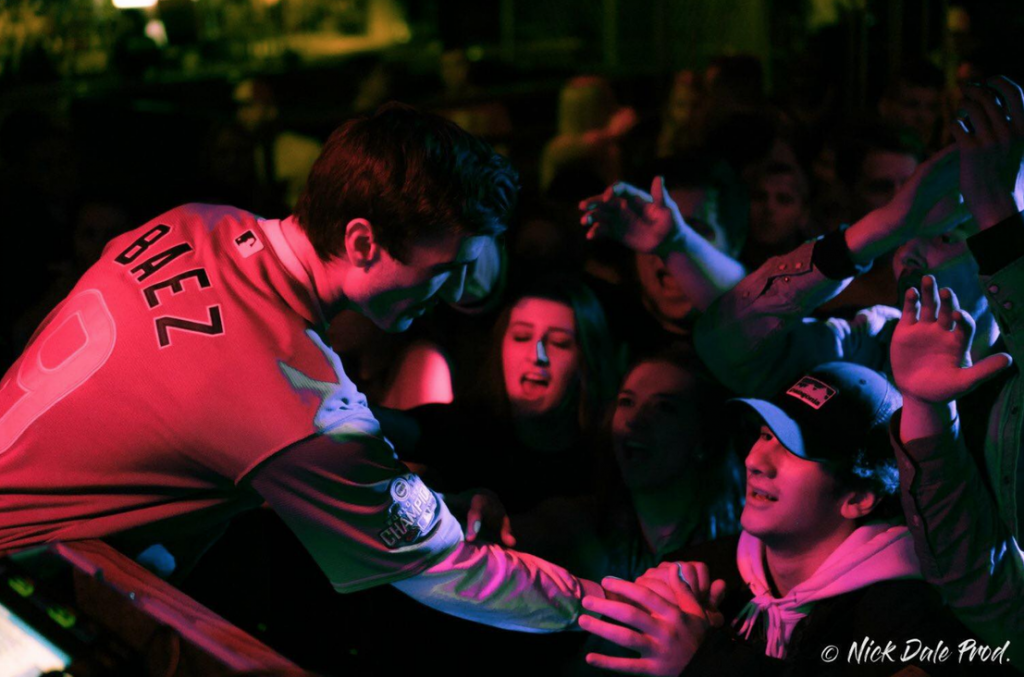 SAYLR may not be a name many think of as a DJ’s name, but for Central Michigan University senior Jay DellaMaria, it holds special significance.

“I grew up with a cabin on the water,” SAYLR said. “So I do sail and I thought sailor would be interesting.”

He gravitated to other artist names that omitted some letters from a word to take on a different spelling of a word, thus sailor became SAYLR.

SAYLR is nearing four years as a DJ. He originally started his freshman year at CMU as a producer before eventually finding his way to becoming a DJ.

His original DJ name was JayWoww before SAYLR decided it was time for a change.

“I wanted to update my name to something more professional,” SAYLR said.

“Eyes on Fire” by Zeds Dead  was one of the early songs SAYLR remembers listening to that got him in EDM.

“I never really knew what the genre was, but I knew I liked it,” SAYLR said.

When he is making his music, SAYLR pulls his inspiration from artist like NGHTMRE and San Holo. He aims to create music that is “more melodic, future bass-y music.”

Future bass is a style of music used by artists like Odesza, Flume and NGTMRE.

SAYLR has opened for many acts at Wayside Central, from Carnage to DJ Pauly D and Phase One. He even performed at Prime Music Festival in East Lansing, Mich. at the beginning of this school year.

“That was my first silent disco,” SAYLR said. “It was cool to see how they work, but it was a lot calmer than most of my sets.”

While sharing his music, SAYLR has had people from all over the world reach out to him.

“When I released a song called Palm Trees, this guy from Germany reached out to me to use my song to rap over,” SAYLR said. “Seeing people take the time to do stuff with my music is really memorable.”