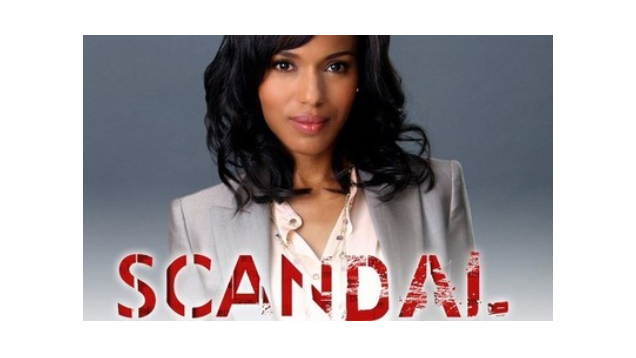 Since birth, Eli Pope knew there was something special – and somewhat deceitful – about his daughter. As she grew into a woman, this became even more evident.

The name “Olivia Pope” became frightening, heightening the fear of anyone who dared to go against any of her commands. With the snap of her fingers, Olivia was capable of turning the nastiest scandal into a success story.

Proud of his daughter’s success, Eli – often referred to as Command or Ronan – probably would have never thought that his seed would turn against him. Much to his dismay, after learning that her father was behind the death of the first son and her friend Harrison – Olivia wanted revenge.

The grudge she held against him was pure hatred, igniting a dark battle between the two. After watching her father deceive people for so long, Olivia picked up some of her father’s strategies, ultimately playing him at his own game.

Before going head-to-head with her father, Olivia continued to sharpen her skills of deceit with Fitz. Because she assured him that the two would reunite if Jake was safe, Fitz fulfilled her every request without hesitation. Though it annoyed him, the chances of being with the woman he loved satisfied Fitz. Sadly, she played him, not ever coming into physical contact with him or even giving him more than 10 minutes on the phone.

Whenever he would call, she seemed annoyed with his forwardness and persistence, but you can’t knock the guy for trying to go after something he wants. Though it seemed the two would never get back together, Fitz destroyed every indication that their relationship was over when he made his final “call.”

Vividly, he described how he would make her “beg” for a kiss by the time he was done with her.

Though working in close proximity with your ex-husband doesn’t seem life threatening, this ex could not keep his hands to himself. After brutally beating Abby to the point of having her jaw wired shut, Abby understandably lost it. She hated him so much for what he did that she held him at gun point – the only thing keeping him from death was his timely escape.

With the help of the vice president’s old adviser, Leo Bergen, Chip eventually decided not to run for senator, putting Abby at ease.

With the freedom of Jake still running through her mind, Olivia decided to get down and dirty and approach the man who framed him. Tom, Fitz’s old Secret Service agent, was a hard cookie to crack.

Even though Tom tried to make Olivia feel bad for making both Fitz and Jake fall in love with her, he did not succeed. The only thing he did was remind her how powerful she was and how she doesn’t have a father in command. Using Tom’s reminders to her advantage, she decided to put her father’s lessons to the test.

The events that followed were pure genius. Tom was stabbed by a prison guard and was told that Command (Papa Pope) ordered a hit on him. Knowing that cash rules everything, Olivia had the guard bribed to harm Tom, forcing a confession out of him. Sadly, Tom had no idea that he was caught in the cross fire between a power hungry man and his bitter daughter.

Once Command found out about his daughter’s actions, he was outraged. The lines were officially drawn between the two, with Olivia determined to take down her power hungry father and Papa Pope refusing to end his puppet show on Capitol Hill.

Leaving each other cold, bitter and angry, Olivia regrouped with Jake – who was now free after Tom confessed. Though she could’ve chosen anyone else to take out her father, the two people she enlisted have the power she needs.

Even though Olivia’s cards are laid out on the table, it’s not clear what hand her father will play next. Whichever route he decides to go, someone will pay for his soon-to-be demise.