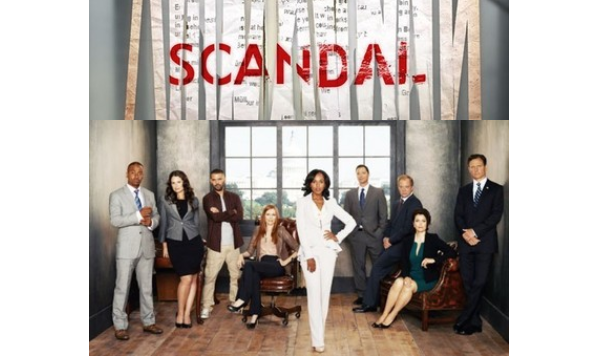 Passion filled the room as Olivia fantasized about the man she could not resist. Breathing heavily with lust, she noticed a change in his face. His eyes appeared to change, favoring the blue eyes of the man she grew to love on a remote island.

Switching back and forth between the man who made her career, president Fitz, and the man who spied on her for the president, Jake Ballard, Liv is torn. After officially breaking it off with the Fitz, she is lonely and yearning for male affection.

She could easily reach out to Jake, but she still has no idea of his whereabouts, causing her to panic, especially since her outraged ex-boyfriend, the president, had something to do with his disappearance.

To make matters worse, her reality check startles her in an Olympic-sized pool, unintentionally foreshadowing the biggest moment in the episode. But in this encounter, the man in black does not feel the wrath of her betrayal – he tells her to wake up.

The nightmare that Olivia experienced seemed wet, but not as wet as the sheets of a teenage boy. Frightened by her misfortune, she approached the day as she usually does – by handling a scandal.

The psychopath that needed her assistance wanted to be the most hated man on Earth. As if the legacy of Lee Harvey Oswald is something to aspire for one’s self, the psychopath turned failed assassin met his static fate after Olivia realized how he deceived her to glorify his name.

With the death of a former president resonating around Capitol Hill, former first lady Betsy decided to school Mellie on how to take charge of the White House. Realizing that both of their husbands could not keep their pants zipped up to completely run the country, lady Betsy gave Mellie a crash course on how their role is more important than she thinks.

From making public appearances to reiterating the president’s stance on certain social issues, such as gun control, Mellie channeled her inner Jackie O, sparking her unofficial take over in the White House. The wives of Warren Harding, JFK, Lyndon B. Johnson and FDR would be proud of Mellie for taking charge despite their husbands’ infidelities.

In the midst of Olivia’s mess, Huck found a way to connect with his son. Though his approach seemed a little child-predator like, the common bond between the two – video games – plastered a smile on his face.

Finishing the puzzle of the last scandal, Quinn finally cracked the code on why the girl in the previous episode was a murder. Apparently Olivia has more fans than she realizes. As for Abby, who is still finding her voice in the White House, finally disposed her timid ways, telling Fitz that if he truly loved Olivia, he’d stop being bitter about their lack of mutual feelings and let Olivia see Jake.

The deterioration of Fitz and Olivia’s relationship worsened as she refused to give Fitz what he wants – her.  Still concerned over Jake’s safety, she demanded to see her boyfriend. Crushed by her response, Fitz eventually gave in, hoping that she would see the monster that he makes Jake out to be. Sadly, his plan backfired. She wanted his freedom more than ever, but pride clouded his judgement, and his designated upheaval of justice, saying no to Jake’s freedom.

Using her body as a weapon, she gave Fitz an ultimatum: if he can make sure that her conniving and sinister father – the head of a government-ran assassins group, B6-13 – would not kill Jake, the two of them would have a chance. Of course Fitz jumped on the deal, brightening his dim mood and sparking their once-lost lust.

The real man behind Jake’s conviction, Olivia’s father, grew hard as stone. With his daughter securing her spot as ‘Loosey Goosey’ to get whatever she wants, the betrayal he felt from his daughter was the spark of karma that was gunning for him as the real killer of the president’s son.

Threats were given and lines were drawn, destroying the relationship that Olivia once had with her murderous father. With only two episodes left, who knows how the battle between Olivia and her demonic father will play out.

Hopefully, it won’t end with any blood spilled.