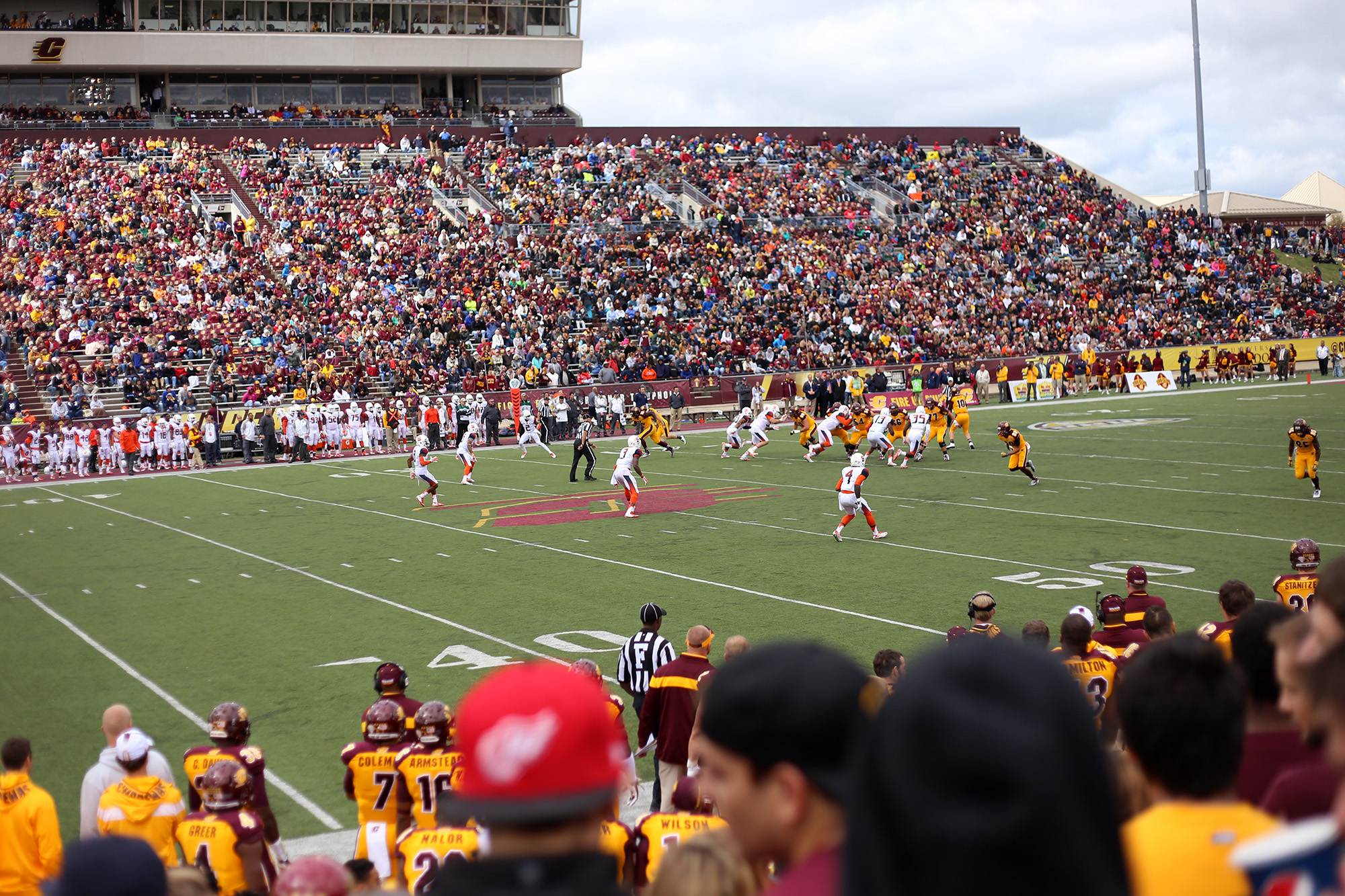 Despite not being the worst coach in NCAA history – or in school history – students at Central Michigan University have expressed on several Saturdays that Enos and the Chippewas aren’t winning enough games to satisfy their wants for a winning football program.

Given the recent 32-29 loss to the Ball State Cardinals, CMU students and fans are upset.

“Fire Enos” chants reigned down onto the field from the Chippewas’ student section during the game, just as they have on many Saturdays since Enos was hired in 2010.

Winning the Homecoming game three weeks ago and the Northern Illinois game two weeks ago, however, did ease tension within the program.

“We won the game,” coach Enos said following the Homecoming game three weeks ago. “That’s what we want to do. Winning football games is really what we want.”

Adding two wins and a loss to the team’s season, their overall record stands at 5-4 and the Chippewas are fourth in the Mid-American Conference Western Division.

Although Enos made a point in the fact that the team did win that game, there seems to have been a disconnect between what coaches see and what students and fans want, even before this loss to Ball State.

These two incidents are much different from the position Dan Enos finds himself in. Zeigler’s six-year tenure left the basketball program here in shambles following two consecutive 20-loss seasons and Beidleman lied about having a college degree, a requirement to coach here.

Although Heeke wasn’t available to comment, Rob Wyman, Director of Communications for the team, said, “there is no way (the athletic department) would say the coach has to do something or he’s fired. That would be putting the program into a box. If a coach has done a good job but doesn’t meet that one goal, then you’d have to fire them.”

CMU senior Zach Riddle, who was identified as one of many students to join the “Fire Enos” chants at the Homecoming game, said he hasn’t been happy with Enos’ time here because the team simply hasn’t done anything, “spectacular or impressive.”

The Coldwater native came to CMU in the fall of 2011, Enos’ second year as head coach.

“When I first got here, I didn’t really appreciate football too much, but after going to a few games I began wanting a winning team here,” Riddle said.

In the time that Enos has been the head coach, not only has team not seen an upset victory against the Spartans, the team has also enjoyed only one winning season.

That lone winning season, 2012, the Chippewas went 6-6 in the regular season, which technically disqualifies it as a winning season – but the team did win the Little Caesars Pizza Bowl game 24-21 against the Western Kentucky Hilltoppers – so this win only solidified mediocrity to Riddle.

Enos began his career with back-to-back 3-9 seasons, and was then awarded a contract extension before the 2012 season. The athletic department seems to be content with average seasons, but nobody else is.

If the Chippewas want to compete for more than a Little Caesars Pizza Bowl every year, the team needs to start having standout seasons frequently.

Given the new college football playoff system, it would be ignorant to expect the Chippewas to win a National Championship, but isn’t winning the goal at the end of the day?

If winning is the goal of the athletic department, it seems like it should hire a coach who can do so. Dan Enos, as of now, isn’t that coach.