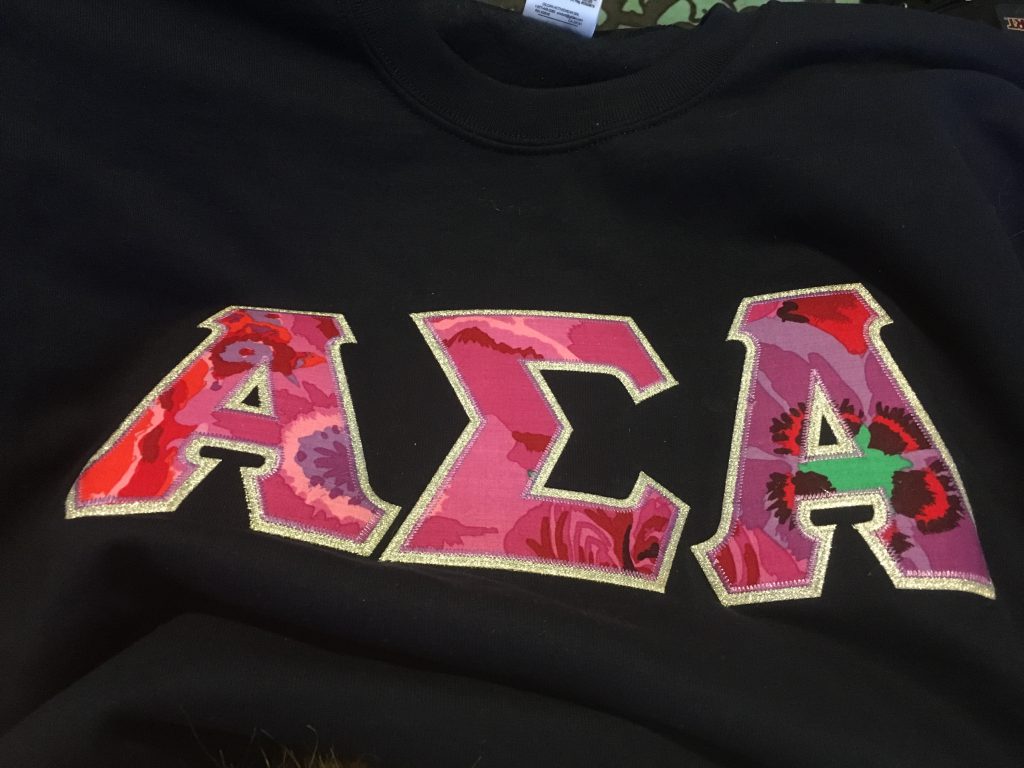 What is a sorority exactly? Rich, popular girls who party every day and pay for their friends? That’s what some people might think. We talked to some women in Greek Life to hear their input on the stereotypes floating around campus.

Hazing
Years ago, hazing may have been a part of sorority life, but today, hazing is restricted and extremely frowned upon, especially in Sigma Sigma Sigma, said senior Paige Susalla.

After being a member of “Tri Sig” for two years, Susalla feels ashamed that sororities still have a stereotype like hazing with their name. Susalla and her sorority are doing their best to get rid of this reputation.

“It’s a shame that people automatically think Greek Life involves hazing,” Susalla said. “I’ve formed some of the best bonds through the Greek community and any organization would agree that we want our members to feel welcomed and safe from the very start.”

Susalla says sororities tend to welcome their new sisters in the best ways possible by giving them gifts and making them feel comfortable and included instead of tormented and un-welcomed.

In Tri Sig, and most sororities, every new member is given an “angel” or a “big” or “little” sister who gives the other member hand-me-down clothes with their symbol on it and fun crafts that they make for them, including hand-painted, decorative paddles as a welcome gift.

Partying
People might be under the impression that sorority life involves non-stop partying because of the Greek socials, formals and other mixers that go on, but sophomore Lauren Baenziger said these events are simply made to meet new people and interact with other organizations on campus.

The partying stereotype for sororities has become an ongoing topic in Baenziger’s life. Being in Delta Zeta for two years, Baenziger has been able to overcome this stereotype and show her friends and family what a sorority is really about.

“As a first generation woman to be in Greek Life in my family, partying has always been a topic of discussion. I’ve always been told, ‘make sure you’re doing school work with all that partying going on,'” she said. “This bugged me because I spend more than 10 hours a week at the library with the girls in my sorority and we are also constantly participating in charity events and fundraisers involving the community.”

Joining Greek life was something Baezinger did out of the ordinary. She realized that being in a sorority is much more than she could have imagined, she said.

“I joined Greek Life because I knew I would meet girls that I could count on for the rest of my life. These aren’t just friendships, they’re girls that share the same values of charity, friendship, and loyalty, too,” Baezinger said.

Paying for Friends
Just like many student organizations, joining a sorority obviously comes with dues that must be paid. These dues cover philanthropy, housing, formals, socials and sisterhood events, but they do not cover friendships.

Freshman Bethany Henk just became a member of Alpha Chi Omega at CMU. She joined a sorority for many other reasons that don’t include “paying for her friends”.

“I joined a sorority this year because I wanted to be a part of something more at CMU and make a difference within our community and here on campus,” Henk said. “Yes, you make lots of friends in a sorority, but it’s more that just friendships. I never thought about it as ‘paying for my friends.’ I thought of it as a group of girls who have the same goals and values as myself.”

Blonde/Dumb/Girly Girls
When people think “sorority girl,” they might think “dumb blonde”. This is the stereotype commonly portrayed in movies such as “Legally Blonde” or “Neighbors”.

Almost all sororities require a certain grade point average, and once you’re in, you must maintain a certain GPA as well. In Phi Sigma Sigma, you must have a GPA of 2.7. If it is lower than that at any time, you are put on academic probation that includes certain study hours needed, said sophomore Mackenzie Verellen, who is a member of Phi Sigma Sigma.

Being in Phi Sig, Verellen finds it hard to deal with a stereotype like this one. She believes it is unfair to judge sororities if you have never been part of one.

“People often think you have to be a dumb, pretty blonde in order to fit the part of a sorority girl because of movies and social media. I’m in a sorority and I happen to be brunette. The truth is that there is no particular part to fit. Everyone is simply able to be comfortable with being themselves,” Verellen said. “In most sororities, there is a GPA requirement, many exams about the sorority and its history and many study hours involved, too.”

Despite the stereotypes, women from various backgrounds and experiences have been able to find a home in sorority life.

Expectations versus Reality
Baezinger explains what she expected to happen in a sorority and what she knows now in a sorority differed once she learned the full extent of being in Greek life.

“I didn’t expect sorority life to be so directed towards values. Once I joined, I learned to hold myself to a much higher standard than I did before. I realized I was a part of something so much bigger than myself, and because of that, it’s now my responsibility to hold the standards of a sorority woman whether it be academically, socially or through charity in the community and beyond.” Baezinger said. “Not to mention the amount of friends I’ve made and continue to make as each year goes on and more members join. The friendships are indescribable, and I wouldn’t trade them for the world.”

Joining a sorority has the power to change your values and the way you may look at things. Delta Zeta has given Baezinger forever friends, but Greek Life has also changed her life for the better, Baezinger said.

Surviving Stereotypes
Every year, sororities do their best to get rid of the stereotypes and welcome new members in the best way possible. Despite the negative stereotypes surrounding them, according to Susalla, sororities happen to be one of the most welcoming and positive organizations on campus that many people enjoy being involved in.

“Being in a sorority is all about being yourself and finding people who love you for you, no matter what,” Verellen said.