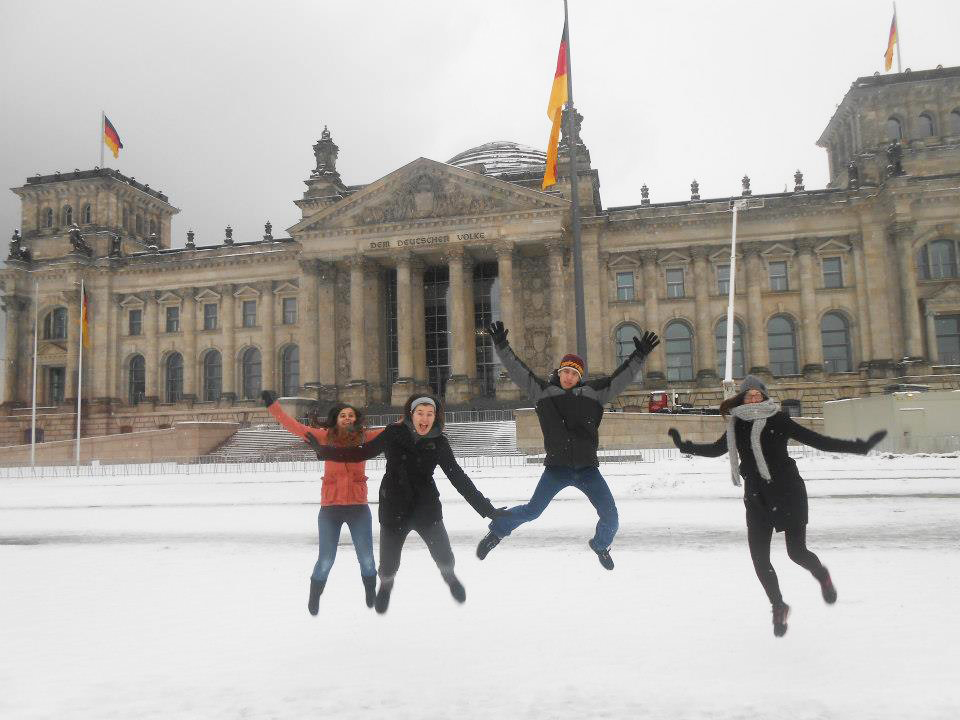 Studying for a summer, semester or even a full year in a foreign country is both an amazing and frightening experience. While there are countless reasons to study abroad, below are six reasons from my time abroad that I believe it can be one of the most life-changing experiences you’ll ever have.

Whether you live with a host family or in a dormitory with other international students, you will meet people from all over the world. The memories you make with these people will stick with you for a lifetime. Inside jokes will likely form and those transcend time and distance.

I don’t get lost easily, but on the first day of class, I’m not going to lie – I got totally lost. I found myself in the old part of the city, but my school building was in the opposite direction. The old city section was beautiful, thought, and full of interesting stores with gorgeous architecture. Believe it or not, I was almost happy I got lost there.

Spontaneous trips lead to amazing discoveries. I threw caution to the wind when I decided to take a separate trip to Liverpool, England for spring break. It was one of the best decisions of my life. Not to mention I almost met Liverpool FC captain Steven Gerrard. We were in the same building.

3. Almost every place you go has historical significance.

You may think that the city you come from is boring or that there is nothing to do in your hometown, but if you study abroad, you’ll almost always end up in a location with a ton of history. Bielefeld, Germany, for example, where I studied, is home of the first mechanised spinning wheel. Okay, this example is not that cool, but where would we be without that invention? On a weekend trip to Amsterdam, my friends and I took a tour through the Anne Frank House. Now that’s significant.

Every country has a traditional cuisine that is very unique. There is nothing like eating a traditional meal in the country of its origin. From Dutch poffertjes in Amsterdam to paella in Spain, you’ll try lots of amazing dishes. To this day, I’m still trying to find a place that can make a Falafel Döner Dürüm as good as the one I had in Germany.

If you aren’t so big on experimenting with food, you may still be able to find some hometown favorites or a few familiar places, at least. I made it my goal to have McDonald’s in every country that I visit. I’m up to seven now.

5. You’ll learn from everyone and everything around you.

Whether it’s the guy working at Starbucks kindly telling you how to pronounce your order right or your teacher drilling into your brain what the difference between ist geflogen and hat geflogen is, you’re going to learn something. With the main focus being on language during my study abroad venture, I came home with a much better grasp on it – and on the world around me.

6. You’ll gain a sense of independence.

Never did I think that I would be able to travel by myself. I’m rather quiet and shy and I depend a lot on others, to be quite honest. Getting on the plane by myself, knowing that I wouldn’t be returning to the United States for months, was a shock to say the least – but it forced me to learn how to survive on my own. A gain in confidence was one of the main things I took away from my trip abroad. It changed my life.