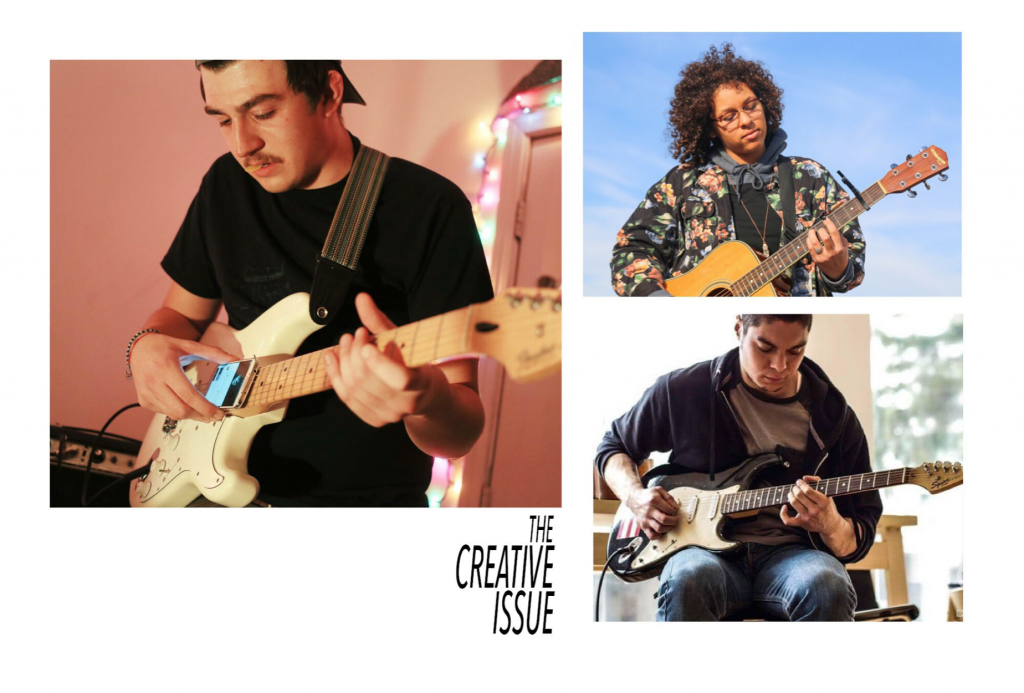 Not every student who has an interest in music or art opts to go into a traditionally artistic field, but for some, creativity is still a large part of their lives.

Using Music as an Outlet
Nate Zinzi, a Central Michigan University alumnus, loves to write. Now that he’s working as an English teacher, he’s mostly been writing lesson plans, but he still utilizes his creativity by performing both alone and with his band, Moses.

Zinzi said he never knows what will spark his creativity – sometimes a beer might work, sometimes a good conversation might inspire him, or sometimes, he creates his best work when he’s in a bad mood and wanting to escape from something. 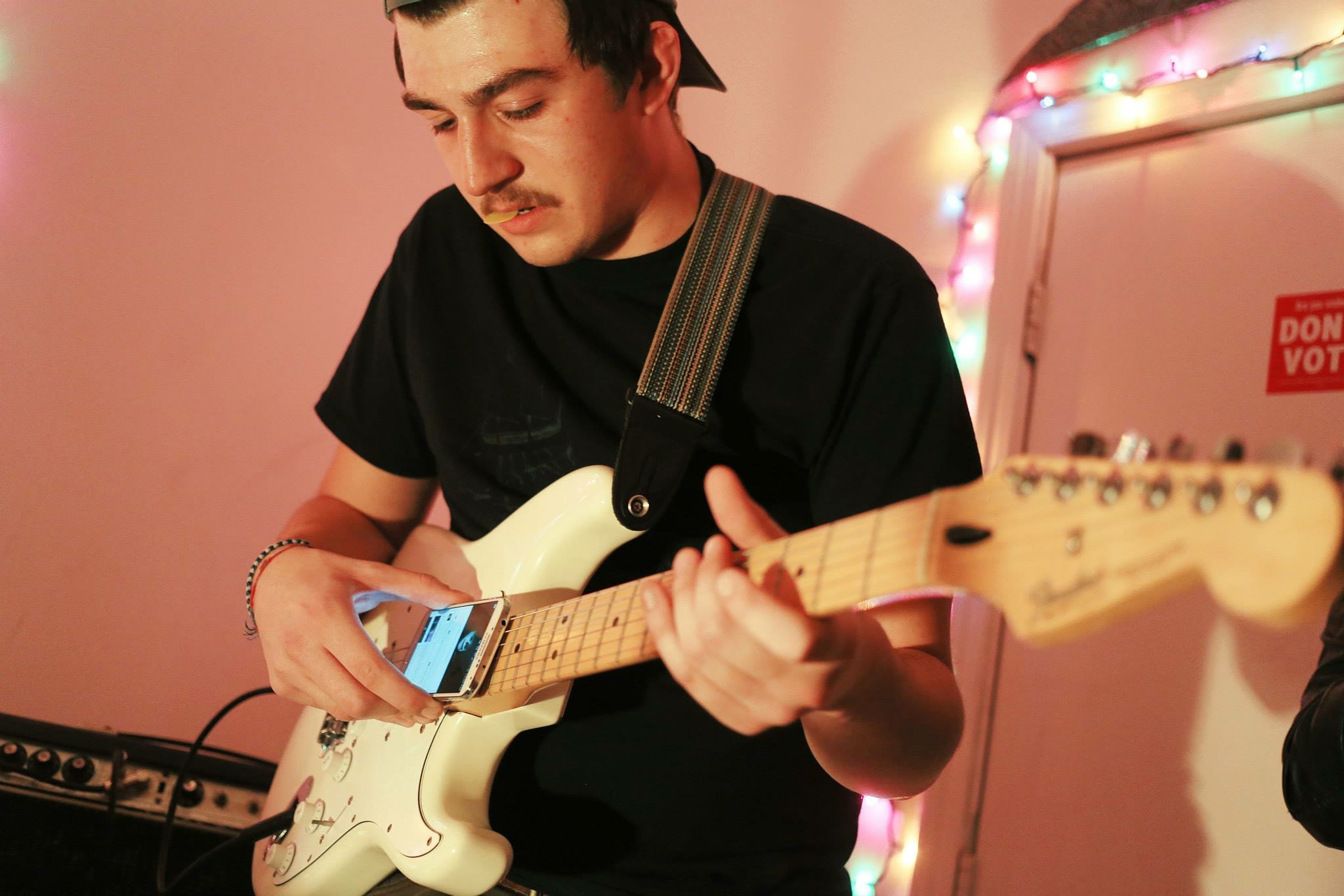 Laurel Conde, a CMU student studying sociology and women’s studies who loves to sing and write music, said music has always been a way of expression, especially when everyone goes through their “angsty stage” and feels like no one understands them. She felt like music always understood.

“Music is such a fundamental part of the past and the present and the future, and I think for me, it’s great to think I can be creative now and show something like, ‘this is how I felt when I was growing up’ and people can feel that and can feel the emotion you were feeling then instead of having to explain it,” Conde said. “There are so many words that don’t translate correctly and I think to really translate your emotion to other people you have to do it with your music.” 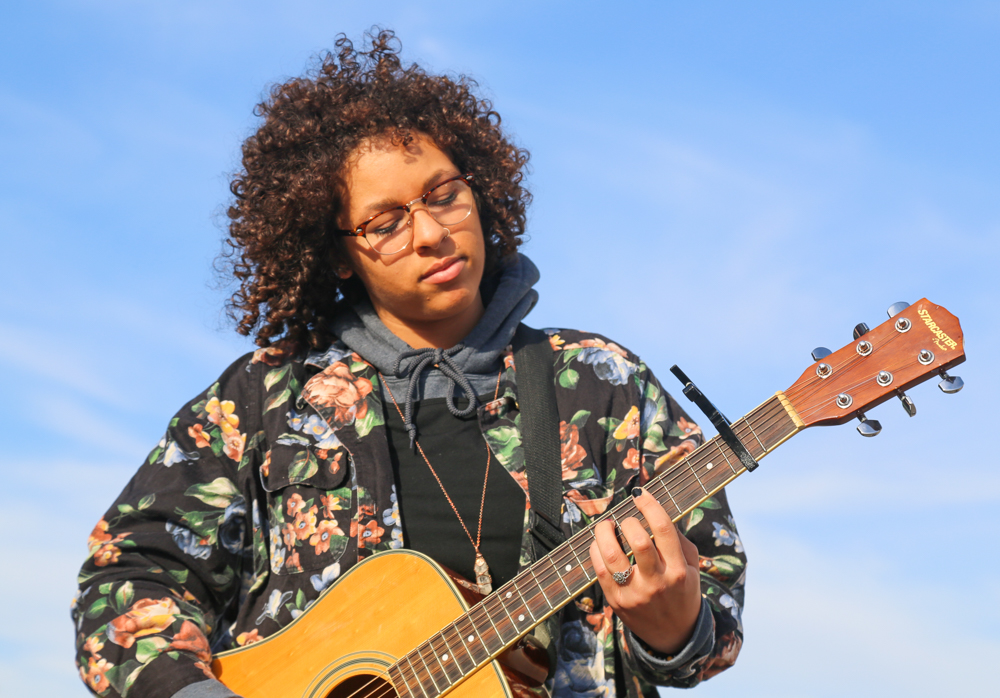 “I think it’s important to have something like that in your life,” Montalvo said. “I really believe that.”

Conde said everyone is creative in some way and can find a creative outlet.

“The word ‘creative’ has such a loose definition,” she said. “Maybe your creative outlet is computer programming and you can do things on computers that thrills you and makes you feel like you’re doing something new and original. Just finding it and trying things and trying new hobbies to find something that keeps you sane, basically.”

The Passion that Drives Performance
Montalvo completed his undergraduate degree in English at CMU. He said “realism” and “pessimism” led to his switch in his field of study for graduate school. 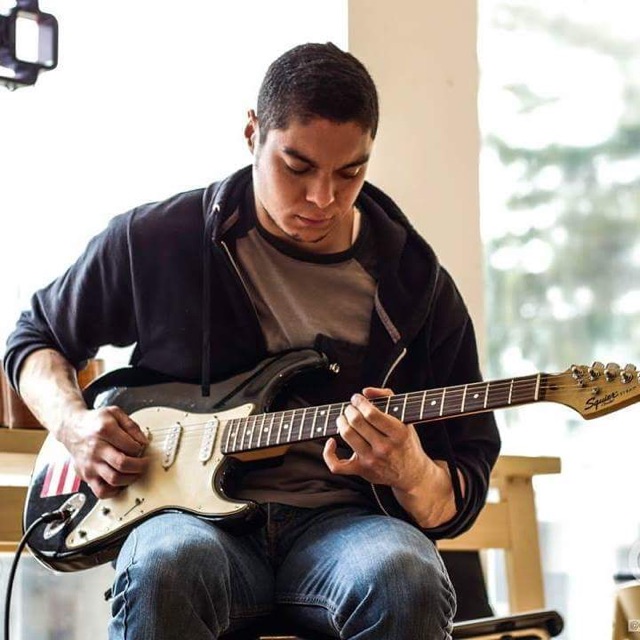 “It’s pretty rough out there, but I told myself I don’t need a degree to write. I can still write whenever I want,” he said.

There have been several instances where he’s gotten frustrated and thought, “I’m done playing guitar”. However, he always comes back to it.

“I would quit for a week and I would walk past my guitar and it was like it was glaring at me like, ‘you miss me. I know you do,’” he said. “I have to play guitar.”

All members of Zinzi’s band, Moses, have graduated so they’re still trying to figure everything out. The four of them all live in different cities. If Zinzi is going to play in the Mount Pleasant area, he usually plays by himself now.

Though he doesn’t get a chance to play as often as he used to, music is still a big part of his life.

“It’s awesome to invest a few minutes in a song. For me, I can listen for hours,” Zinzi said. “I like to sit and listen to lyrics. I’ll just sit and read lyrics as I have a beer or something. I’m like, ‘yep, this is what I’m going to do for the next hour – listen to this record and read every lyric alongside. For me, it’s just comforting and it feels good.”

Conde said her work is influenced by many things, but passion is one that sticks out to her.

She said she respects Sia as an artist because she writes and produces her own music and doesn’t seek out fame.

“I appreciate people who make art because they love it, not because they want to fill their wallet,” she said. “Instead of doing it for the industry, they do it for expression.”

Conde said she likes to push herself to achieve more and thinks it would be great to release an EP. She also thinks a “performance” doesn’t have to be in front of a large group of people.

“I perform a lot for events,” she said. “I feel like I perform for myself when I practice in the mirror, I perform for my cat, and then also just sometimes it is a little performance when you’re jammin’ with people.”

“I just loved how he played,” she said. “He seemed really passionate about it – you could just tell he was vibin’ and jammin’. We have some mutuals, so we decided that we were going to jam one time. Then I saw him at a party and he was playing and I started singing and it just kind of took off from there.”

Montalvo said he’s played with a few other people here and there and when collaborating and using his own ideas, he likes giving the other person the space to mold it, too.

“I really love watching the fusion of two creative ideas,” he said. “It’s a whole new thing. I totally geek out about that process. They both have an idea, then they both become better. It’s so much fun. Once you have that feeling, you’re like ‘okay I want that again.’”

He said even if a room is empty, “you get to jam with a friend.”

“There’s something so euphoric about it,” Conde said. “You both just feel it and you’re like, ‘yes, that was it!’”

Zinzi said he’s made a lot of friends through music.

“The band is four guys. We’re best friends and we’ve all lived together at some point too. I think just our friendships and being able to actually relate to each other through music and through lyrics and hanging out goes a long way,” he said. “We almost do it for we can all hang out still and that translates sometimes into some cool stuff.”

To him, community is a huge aspect of creating music and performing.

“I’m kind of a silly guy so it’s exciting just bonding with people and it’s never just playing and being silent. I’m usually like cracking jokes. Getting people together is what I really like about it,” Zinzi said.

“It’s so awesome to be with people who also play and to feed off their energy and share music or just pick up your guitar and jam and sing whatever comes to mind,” Conde said. “It’s just so peaceful and it’s such a beautiful thing to be able to connect with someone on an internal level instead of on an external level and it doesn’t matter what your major is – you can still relate to them in some way and it’s so beautiful.”

Finding a Balance
Zinzi loves to read and write, but while working as a teacher, his music has become more of a weekend thing for him. Still, he incorporates it into his career by playing music in his classroom.

“Even at school, I play music through my speakers for my students. I like to pass it along,” he said. “I like to play a lot of Radiohead because they don’t know who that is at all.”

Though he has to follow a curriculum, he incorporates creative writing and poetry for rewards in class. Plus, he said, the students study literature, which helps them think more creatively.

As an avid reader, Zinzi said he likes a lot of classic literature and could probably read “Frankenstein” every year and still get something out of it. Moses also has an EP based on Stephen King’s “It”.

“It’s like my favorite book of all time probably and I wrote four songs really loosely based, but the song titles are named right after it, then the EP is called “The Library”, so I thought that was a funny play on it being about Stephen King,” Zinzi said. “Also on my own Bandcamp, you can find a “Lord of the Rings” EP I made. I made it for a class but I like how it turned out.”

Montalvo admits that sometimes he has to force himself to make time for music because he wants it to still be part of his life. However, he doesn’t have a lot of time – sometimes, he and Conde are both busy with school and exhausted, but they also feel the need to practice.

“I think I found my voice outside of a forced creative environment, where I can just do it,” Montalvo said. “I’m out of that box and it’s more of like, ‘today was hard and I need to do this’ versus ‘this is due Tuesday at 4 p.m.’”

Even if creative people don’t work in fields directly associated with creativity, she believes they will still be creative in what they do.

“I think it’s inevitable. I think people who are creative, however you interpret that word, they will bring creativity into what they’re doing, whether they’re doing something like writing or science,” Conde said.