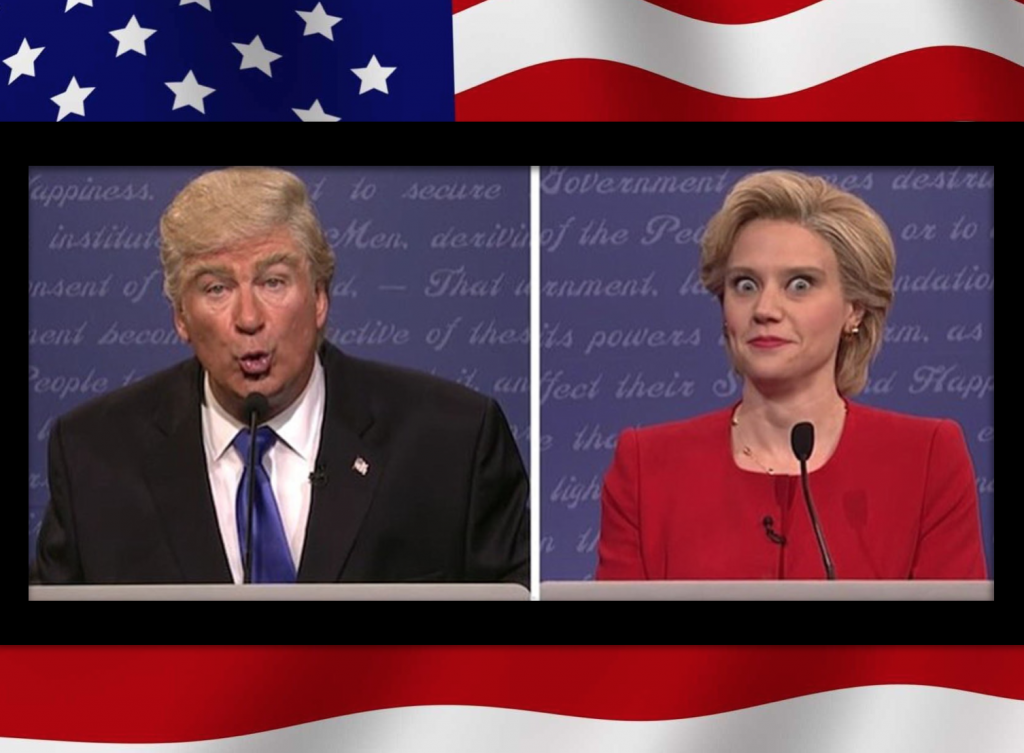 There are a lot of strong feelings that come with this year’s presidential election, especially considering the fact that Donald Trump and Hillary Clinton are said to be some of the most controversial candidates in history.

While this fact isn’t exactly helpful for the American people, it does benefit different aspects of the media. Specifically, this election year has really given those who work in comedic and satirical realms of media a lot of material to work with in order to produce quality entertainment.

Satirical Portrayals on TV
Television shows, namely shows that cover the election from both a comedic angle or a news stance, have had a year’s worth of jokes and commentary, which more or less provides a realistic view and a few laughs. Shows like “Last Week Tonight with Jon Oliver”, “The Daily Show with Trevor Noah”, “Saturday Night Live” and other popular late night talk shows have capitalized on this year’s election.

Some of the highlights of this election season from these shows are Kate McKinnon and Alec Baldwin’s portrayal of Clinton and Trump from SNL, Larry David’s portrayal of Bernie Sanders on SNL, Jon Oliver’s response to Trump’s immigration views by starting the “Make Donald Drumpf Again” campaign and Stephen Colbert’s “The Hungry for Power Games,”, which brings a “Hunger Games” vibe to the election season.

While each of these shows are known for being controversial to certain groups, it seems like this year has really struck a chord with people.

From a conservative point of view, most viewers will say that these more liberally-based shows are only talking about Trump rather than showing any focus on Hilary. Yet from a liberal perspective, these same concerns were raised before the primary when it came down to Clinton and Bernie Sanders for the democratic spot. Since the candidates were selected, these feelings haven’t exactly changed, as many still view that the media’s bias in favor of Clinton is due to interference from Clinton herself.

CMU Viewers
Central Michigan University students themselves have expressed diverging opinions on the matter, and while many don’t disagree with the theory that the media is mostly working in Clinton’s favor, the most common consensus has been that the media isn’t completely biased against Trump. Students mostly believe that because of Trump’s many notable comments, he is essentially dominating the media and the negative image the media is portraying is essentially Trump’s fault.

“I don’t think the media is biased against Trump. I think they just cover him more because it’s better for business to cover someone who has no filter,” said a student, who chose to remain anonymous.

In the long run, it probably doesn’t matter if comedy shows are showing a bias towards someone because their job is to parody what’s going on the world. They aren’t required to show neutrality towards candidates as much as real news stations are because their main focus is to entertain audiences, not get on a soap box and directly tell you who you should be voting for.