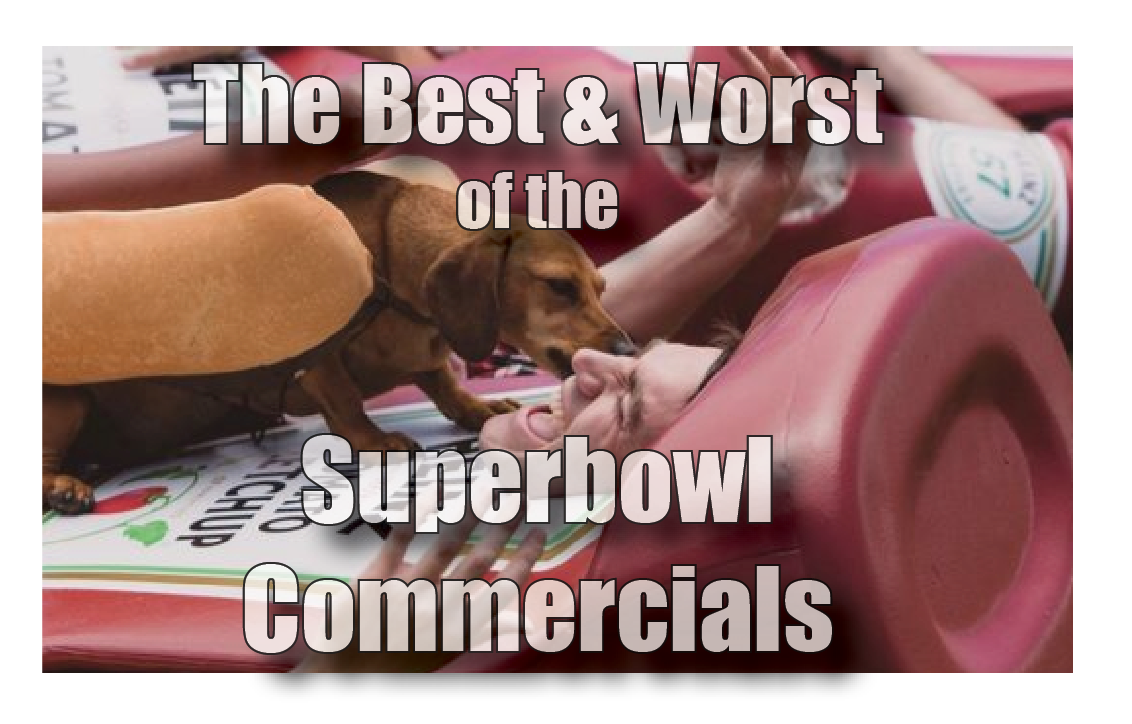 As football fans all over gathered round to watch the Denver Broncos defeat the Carolina Panthers in Peyton Manning’s last monumental moment on the field, we can’t help but notice a large percentage of these fans aren’t just in it for the game itself or even the epic halftime shows consisting of our favorite artists (even if Queen B, Bruno and Coldplay killed it), but the not-so-boring commercials.

These commercial advertisements are so well known that even non-sports fans are drooling over the sight of a celebrity holding a beer can and willing to watch what (to them) is just a bunch of large men in cool jerseys run up and down a field for four hours.

Heinz topped the charts when it comes to condiments in this year’s ads, because who doesn’t love a bunch of wiener dogs frolicking through a field dressed as our favorite tailgate snack? Between the humorous approach and overwhelming cuteness of this commercial, the “Wiener Stampede” was a showstopper. If puppies and food don’t grab your attention, then I don’t know what does.

Audi did an exceptional job this year with this thought provoking and emotional ad. A former astronaut, who appears at the beginning to be a hopeless old man, is able to relive his past in the Audi R8. Audi featured the late David Bowie’s song “Starman,” as a tribute, which was sure to get positive feedback from viewers. Definitely an ad to remember.

Fiat Chrysler made a statement with an intense connection to the strong qualities of mankind, courage of those who have impacted lives and the toughness of their Jeep products. They went the extra mile by presenting familiar photographs, faces and public figures; from George Speaker in World War II to Aretha Franklin and even the Terminator. Their simple presentation with significant meaning set their advertisement apart from the others.

Budweiser, like always, hit the Super Bowl again this year with an important message, this one against drunk driving. With an attempt to get the attention of viewers as well as promote their brand, this ad featured Helen Mirren having an intense chat with viewers on the risks and stupidity of drunk driving while promoting Budweiser’s new hash tag #GiveADamn to further spread the word. Another year, another great ad and still not surprised. Well done Anheuser Busch!

Persil Pro laundry detergent’s ads claim they have “beat Tide,” but their commercial tells us otherwise. Persil Pro left a short message from a man in a suit in front of two washers telling us how good the product is without proving why. Apologies Persil Pro, maybe next year.

Although viewers do seem to love the “you’re not you when you’re hungry” theme of Snickers candy bars, I personally was expecting much more than the usual ad from this brand. As comical as it was seeing Willem Dafoe dressed as Marilyn Monroe, I definitely could have gone without. No offense Snickers, but I think it may be time to retire the old man in a dress.

With a personal respect for Buick and their products, I may or may not have fallen asleep during their ad for the Cascada convertible. Although the appearance of actress/model Emily Ratajkowski and Odell Beckham Jr., wide receiver for the Giants was an intriguing addition, the story line, along with the overall focus on their product, was missing in more ways than one.

Mountain Dew left viewers scratching their heads after showing off their Kick Start drink, which includes a combination of three things: Dew, Juice and Caffeine. With that being said, advertisers somehow chose to compare those three components to a disturbing creature known as the “PuppyMonkeyBaby.” Mountain Dew has always done some bizarre advertisements, but this one may have been a little too bizarre for my liking. Let’s hope in the future they don’t introduce another dancing creature that consists of three living things.

Now that this year’s advertisements have left their mark on viewers, we are left to ponder what next year’s Super Bowl will bring. Let us know in the polls below what your favorite and least favorite Super Bowl 50 commercials were. Until then, good luck to all as we go back to fast forwarding, skipping channels and crying on the inside from watching lame commercials until Super Bowl 2017.