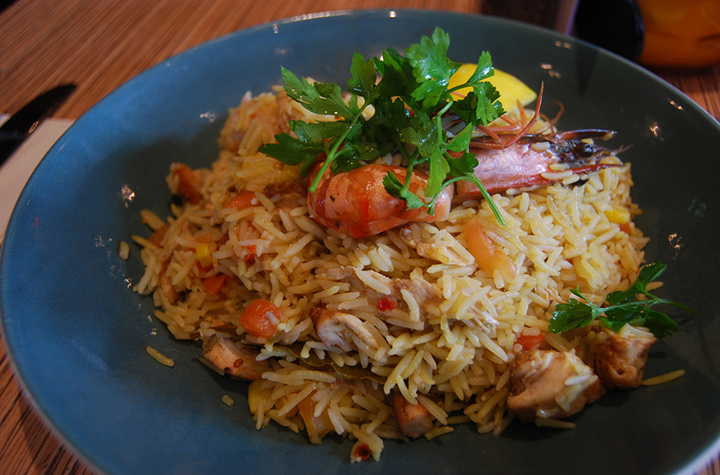 Liverpool’s main claim to fame may be that it produced perhaps the greatest rock band in history, The Beatles or that it is home of one of the most successful clubs in English football, Liverpool F.C. But I found that Liverpool also offers a grand selection of restaurants that would make experienced foodies or newbies alike loosen their belts in preparation for the terrific meals that await.

When I got off the train in Liverpool, it was midday and I ventured out to check in at my hostel, located on a street called Mount Pleasant oddly enough, and then go find the shopping district. I knew what shops I wanted to visit but I had no clue as to where I would eat.

After exploring the beautiful Albert Dock, the coastal views had me in the mood for seafood. For dinner I ate fish and chips, doused in vinegar, just the way I like it.

The next day, I wandered around, allowing life to unfold around me. I’m fairly certain that I saw the members of Imagine Dragons in Starbucks and I may or may not have flirted with the guy working at the Krispy Kreme on Paradise Street.

Around dinnertime, I found myself in Liverpool One, a large shopping area, and searched the directory for restaurants in the development. One, Las Iguanas, stuck out to me. With a name like that, I couldn’t resist trying it out.

Las Iguanas is a restaurant that offers Latin American dishes with Spanish, Portuguese, African and even Indian influences. The inspiration flowed through the restaurant from décor to the furniture — not just the food itself.

I ordered a drink, a starter, and a main dish, since I was severely missing the Latin influence in my diet. (It isn’t that popular among the Germans.) My Classic Sangria Punch was delicious, red wine dominating the other additions, and I would have ordered two had it not been that I was absolutely alone in a foreign country. 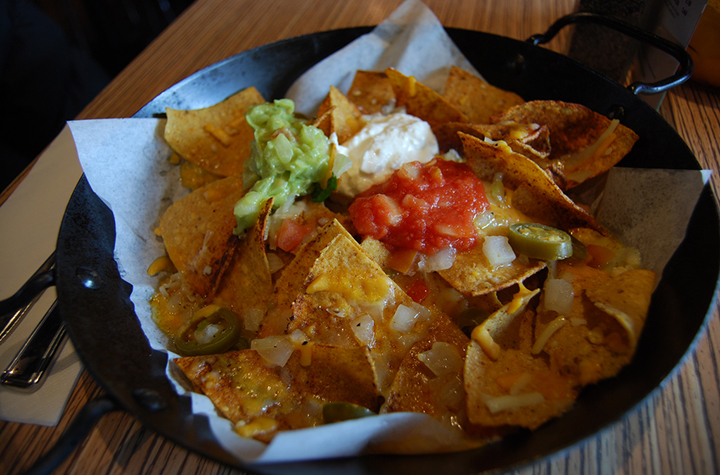 The starter dish, an order of nachos, arrived smelling famously, covered in cheese, jalapenos and onion, topped with a dollop each of salsa, sour cream and guacamole. It would have made for a delicious meal by itself but I wasn’t going to stop eating anytime soon.

The main dish came out of the kitchen and it was almost too pretty to eat. It was called Galinhada, of Brazilian descent, and it contained elements from both land and sea, chicken and prawns, mixed in rice and cooked in spices. It was reminiscent of a Spanish paella with its variety of ingredients and it’s hot and spicy but still tasty flavors.

If there is ever a day you catch yourself in Liverpool, touring the Beatles Experience or watching a match at Anfield, I suggest you make a stop at Las Iguanas because my meal there was the best thing I ate in Liverpool.