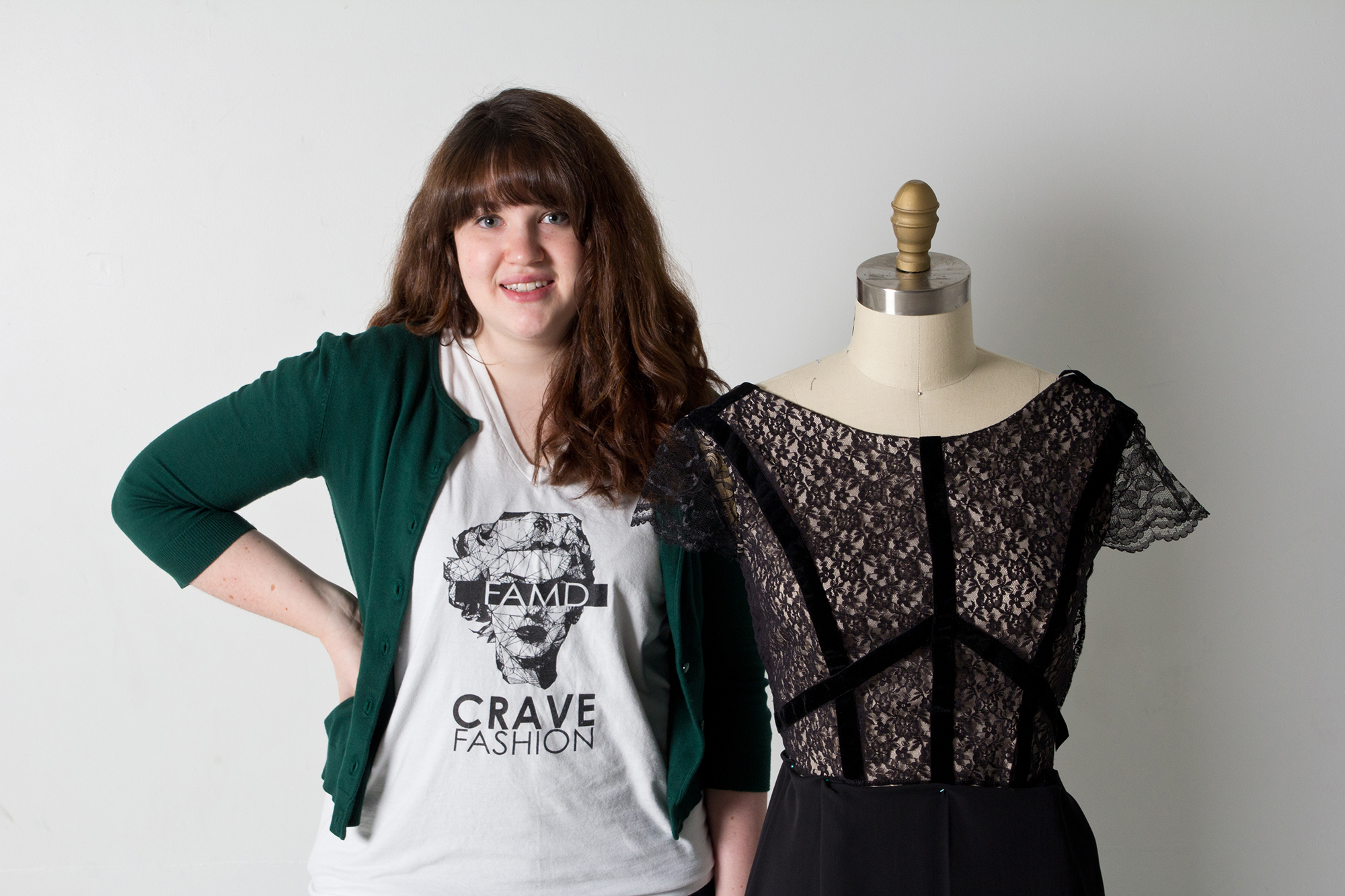 As the premiere of Threads fashion show draws near, Grand Central Magazine sat down with designer Kaitlin Slack to discuss her collection. The Howell junior is basing her collection around the movie “Black Swan.”

GC: When did you get into fashion? How did you know you wanted to be a designer?

I first got into fashion from doing costuming for several different theatre companies in high school.  I started out just helping with construction, but by my junior and senior year, I was head designer for a couple different shows.  I initially wanted to pursue a career in costume design, but eventually made the move into fashion.  I miss my theatre days, but I am completely happy with the choices I made.

GC: What are your future plans? Where would you like to work after graduation?

As far as long-term future plans, I would like to eventually open my own bridal design studio where I focus on doing custom bridal wear.  Bridal is something that I’ve slowly gained an appreciation for.  A wedding dress is the most important garment many women will ever wear and that is something that really draws me in.  Right after graduation I would like to work somewhere within the bridal industry so I can get a better feel for it. But if not, I’d just like to be doing either pattern making/draping or technical design for a smallish company.  This summer I’ll hopefully be interning in either New York or Chicago.

GC: Is this your first year doing Threads? If not, what have you done in the past and how did you like it?

This is actually my second year designing for Threads.  Last year the theme of the show was “Time.”  Everyone chose a different time period to reinterpret and make modern.  I designed a four-look collection based around early native America.  I think it was a good learning experience for me.  I’ve definitely grown and improved tremendously since last year. I think Threads is such an amazing experience for design students because it allows you to take the skills you learn outside the classroom.

GC: Tell me about your collection, color schemes, materials, etc.

My color scheme is black, white, red, and a few hints of gold.  I didn’t want to branch too far off of this because I didn’t want to lose the nature of the film.  I have a tendency to pick fabrics that are hard to work with, and I’ve made no exception for this collection.  I’m using a lot of chiffon, lace, and tulle.  I’m also incorporating in some velvet, feathers (duh), beading, and some hardware details.  I feel like these materials could make this collection look extremely cheap if not used right, so I’m trying my hardest to avoid that!  The film is serious, and I want my collection to reflect that.

GC: Where did you draw inspiration from?

I drew inspiration from a variety of sources.  Obviously the movie, but also from Tumblr, Pinterest, Etsy, and several fashion illustration blogs.  I like seeing what is trending with other designers and artists and trying to implement some of their elements into my own work, while still staying true to my own aesthetic.

GC: Why did you choose “Black Swan?”

When I had to select my film I wanted to pick something that had a definite sense of emotion to it.  “Black Swan” really drew me in because it’s much different than any other film out there if you really tear it apart.  I was really intrigued by Natalie Portman’s character, Nina, and the psychological battle that she has with herself throughout the entire movie.

GC: What were your first thoughts of the movie?

I think “Black Swan” is one of those movies that when it’s over, you just stare at the credits and think, “What the hell did I just watch?”  It makes you think.  It’s dark, but it’s completely innocent at the same time.  It’s flawless.

GC: What in the movie inspired you?

The first thing that I immediately drew inspiration from was Nina’s “transformation” from the White Swan Queen to the Black Swan Queen.  I found it so interesting that we can see it taking place, but actually it was all in her head.   My collection is basically going to reinterpret her transformation from white to black; innocent to evil.

GC: How long have you been working on your collection?

I picked the film last spring, but I’ve really only been working on the collection for the past few months.  I spent the time in between pulling inspiration from various sources and really narrowing down my design ideas.  Now I’m just working hard on trying to hammer out all the pieces as well as a line of accessories in time for the show.

GC: Has it affected your other classes at all?  How do you balance Threads with your college life (homework, socials, other involvements)?

It hasn’t really affected my other classes too much.  I know how much extra time I need to put aside for Threads and how much time is required for my classes.  I’m also the manager of the Fabiano/Emmons/Woldt front desk, which pulls a lot of my time and energy.  That being said, at the end of the day, there’s not really a whole lot of time left for me to do much else, but I try to squeeze in a little bit of fun when I can!

GC: What are some of your favorite pieces from your collection?

GC: What types of models will you be looking for? Do you have a certain image in mind?   What do you visualize for hair and makeup?

I actually already have all of my models.  This year I wanted a vast array of looks to complement my transformation motif.  The first being more innocent and conservative and then they transition into a more raw, sultry look.

As far as hair and makeup go, I would like them to follow the transformation as well.  Although it is now iconic, I didn’t want to completely copy the makeup from the movie, but I will be doing a different spin off of it.  For hair, I want it to start with a perfect bun, and go toward a sloppy sexy up do.

One of my favorite quotes from the movie goes “Perfection is not just about control.  It’s also about letting go.”  I want to portray this especially in hair and makeup.  All of my looks will look “perfect” but the ending looks will appear more wild, like she knows who she is and doesn’t care what anyone else thinks.

GC: What will you do after Threads is done?

BREATHE!  I love participating in Threads, but it can be quite stressful, especially when you are also trying to balance work and going to school.  It will be nice to finally be able to get some personal sewing projects I’ve had on my list!