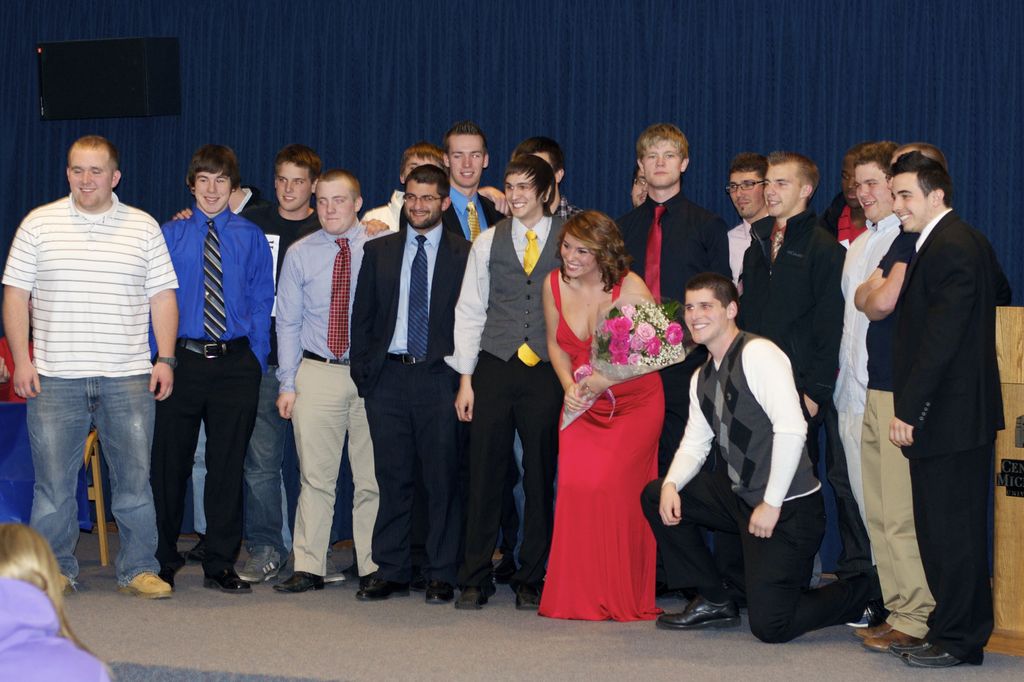 Everyone told him it wouldn’t work and that running a date auction at the Cabin Tuesday night would be a big mistake.

However, Harrison junior Nick Sonnenberg, the vice president of Sigma Tau Gamma (STG), didn’t listen. His gamble paid off as the auction was a huge success and the biggest moneymaker of his fraternity’s “White Rose” philanthropy week, bringing in $200.

White Rose week, which took place March 25-31, was also a competition between the Panhellenic Council sororities and packed with fundraisers that raked in a total of more than $500 as of April 10. Half of the profits will benefit Special Olympics — STG’s philanthropy — and the other half go to Delta Phi Epsilon — the winning sorority’s philanthropy.

The week began after Sonnenberg and a few friends logged more than 200 hours in preparation, which started off Monday with a fundraiser at La Senorita, bringing in 20 percent of the profits from product sales.

Tuesday night was a big success, when different fraternity men were brought together to get auctioned off at the Cabin. Girls threw money on the table to “buy” the guys. Six brothers from Sigma Tau Gamma were auctioned off, as well as two men from Sigma Chi, who tied as a package for $52. Ryan Peters from Phi Sigma Phi was auctioned off for $40 by doing the “Single Ladies” dance, performed by Beyonce in her popular video.

Wednesday night’s activity was another fundraiser at Hunters Ale house, where the revenue was brought together with what was earned Monday to make a total of $116 for the evening.

The White Rose Pageant was held Thursday and raised $50, with each contestant paying a $15 participation fee. There was also a change war that ran concurrently with the event.

Ending the week was a car smash in Pearce and Anspach Courtyard Friday morning at 11 a.m.

“The weather was our issue. If it would have been nicer out, more people would have came,” Sonnenberg said.

Another way Sigma Tau Gamma is raising money for its philanthropy is by selling yoga pants. They retail at American Apparel for $35, while the fraternity is selling them for $22. The pants feature a white rose with the words “STG White Rose week” on them.

After asking Sonnenberg what his favorite part of the week was, he said, “Being up there together with so many different people, on the whim of it and just coming together for a good cause.”