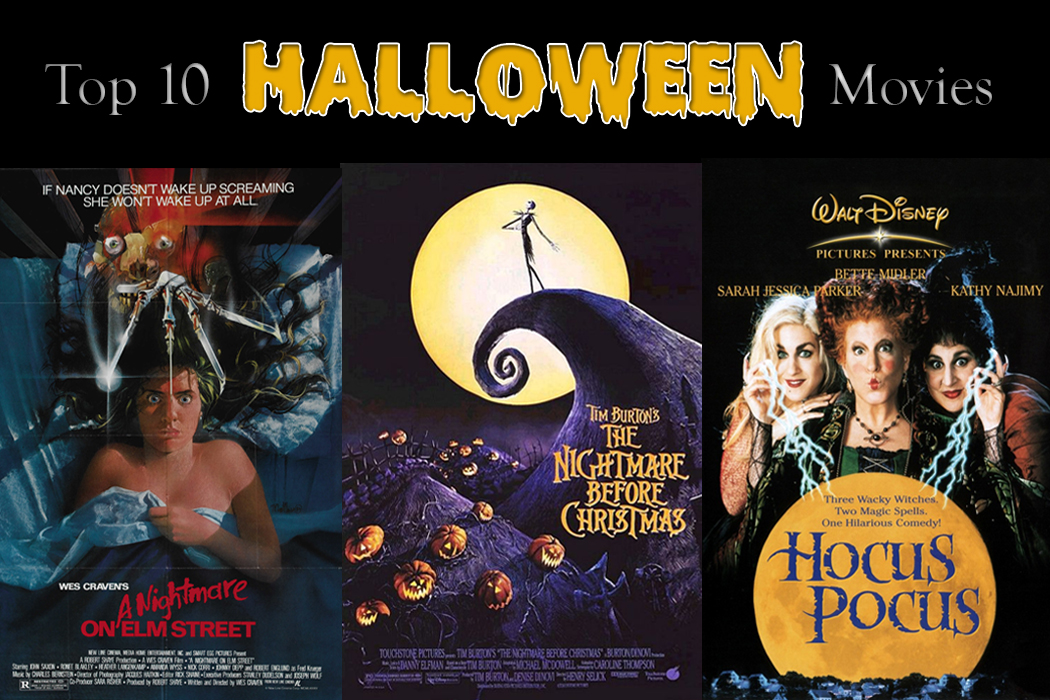 It’s that time of year again, which signals the beginning of hoodie weather, pumpkin spice everything and most importantly, Halloween.

It’s also the time of year when it’s getting to be too cold outside, and your bed and a good movie are sounding better than the downtown bars.

But the question is, what are the best movies to watch in preparation for All Hallows Eve? Well, do you prefer spine tingling terror, or calm, relaxing, family-friendly flicks? For the fans of both the light and dark sides of cinema, Grand Central has compiled a list of some of the best Halloween movies to date.

Read on, if you dare.

Plot: The Grinch returns to terrorize the Whos and it’s up to young Josiah to save the day and his family.

Bet you had no idea that there was a follow up to the Dr. Seuss classic “How The Grinch Stole Christmas,” but here it is. This short special has both elements borrowed from the classic and its own original elements (like a song by Max the dog). The short drags in a few spots, but it’s a great find simply for the bizzare reasons that it exists. There are also several trippy and eerie visuals that could have only been made in the ’70s that people of all ages can enjoy.

Plot: Three teenagers investigate the old creepy house in their neighborhood that has been speculated to be haunted. What they discover is even worse – the house is alive.

This movie is perfect for that pre-teen crowd who think they are too old for the later movies on this list. This movie, using  claymation and computer hybrid style animation, inspired later movies like “Coraline” and “ParaNorman.” “Monster House” is an absolutely gripping and exciting movie, with a few comedic elements as well.

Plot: Follow the ongoing adventures of young witch Marnie Cronwell and her magical family as they face many spooky troubles throughout the fictional universe of Halloweentown.

This one is bound to get your nostalgia senses going wild. If you’re looking for something to binge-watch that’s not going to give you trouble sleeping, this series is for you. If you ever find it on the Disney channel around this time of year, give it a watch and think back on those late night sleepovers with your friends.

Plot: 300 years after the Sanderson sisters are burned alive in Salem, they have returned to kidnap all the children. It’s up to Max, Allison and little Dani to save the day.

Like Halloweentown, this movie is bound to bring you back to the old days you spent watching this over and over again. As you watch the Halloween-classic you’ll find there’s a lot more adult humor that most likely went over your head as a kid. For that alone, it’s worth a watch this season.

5. “The Nightmare Before Christmas”

Plot: The King of Halloween Town, Jack Skellington, has grown tired of the same routine year after year. He stumbles upon Christmas Town, and tries to bring back the ideas of Christmas and Santa to his people.

To some people, this movie is not just a movie – it’s a lifestyle. All year round you will find clothing, posters, accessories and more with Jack Skellington’s face on it. The animation is amazing and holds up over 20 years later. The songs are iconic and the characters are beloved by all fans. Plus, it’s got to be the only movie in the world that you can watch on both Halloween and Christmas.

Plot: A remake of the 1981 Bruce Campbell classic, “Evil Dead” follows a group of teenagers in a cabin in the woods that stumble upon the infamous Necronomican, The Book of the Dead.

In this day and age horror films have been known to be unoriginal, but this movie is a rare exception and almost makes you forget about all those other failures of cinema. Perhaps this remake is still not as good as the original, but it’s certainly good enough to make an argument. Terrifying and filled with stomach churning visuals, it’s an exciting and thrilling time no doubt.

Plot: A series of anthology style horror based stories. The theme holding the plot together often involves an old VHS tape found that contains footage of the segments.

As said, horror movies these days tend to be boring. The anthology genre isn’t often used in horror, with exceptions like “Creepshow.” While these films don’t always have the best quality, you can’t argue that the sheer amount of content will at least keep your night interesting and have you looking over your shoulder at times.

Plot: Several people are hunted by a cruel serial killer who kills his victims in their dreams. While the survivors are trying to find the reason for being chosen, the murderer won’t lose any chance to kill them as soon as they fall asleep.

This movie is the magnum opus of the late legend Wes Craven and the movie that made Freddy Kruger a household name. The sequels became more ridiculous as time went on and Freddy became more known for his one liners, but this movie is still terrifying. So when the movie is over, get some rest. But don’t sleep, because 1… 2… Freddy’s coming for you.

Plot: A horror movie classic that surrounds a famous actress whose daughter is being possessed by a demon as she enlists two priests to confront the demon.

This movie is over 40-years-old, and is still absolutely terrifying. Controversial even to this day, it’s shocking it was even able to be released in the early ’70s. This movie is practically the pinnacle of horror movies. However, you can still watch this anytime of the year although, it’s best watched on a blustery October night.

Plot: Deranged killer Michael Myers returns to his hometown of Haddonfield to terrorize all who live there.

“Halloween” is the OG of horror. The movie kickstarted the slasher film genre that dominated horror films for decades and inspired dozens of films. The atmosphere is absolutely startlingly impressive and the tension throughout is incredible. Naysayers will say that the movie has too many stereotypes, but “Halloween” invented the stereotypes.