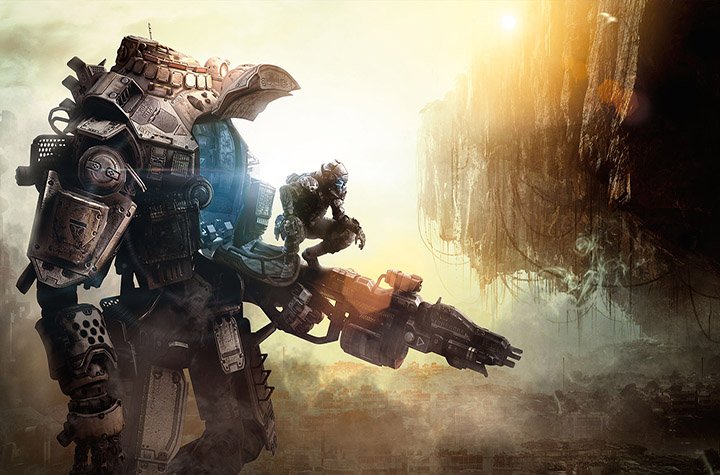 We haven’t seen much for video games this year, but that’s about to change. Three of the most anticipated games of 2014 are coming out in March. With the release of InFamous: Second Son, Dark Souls 2 and Titanfall, there’s something for just about every kind of gamer.

This fantasy roleplaying game is From Software’s follow-up to their 2011 cult classic, Dark Souls. The infamously difficult gameplay of its predecessor will be making a return in this game.

Though some are put off by the steep learning curve of the series, gamers like Central Michigan University senior Dexter England welcome the challenge.

“It’s the difficulty factor that keeps people coming back,” England said. “It’s like Skyrim if you take out all the spoon feeding and the ability to actually survive.”

Dark Souls 2 came out for Play Station 3 and Xbox 360 on March 11. A release for the PC version is due sometime this year.

Titanfall is the debut title from developer Respawn Entertainement. This online multiplayer game pits players against each other in a futuristic battlefield where they can take control of mech suits called Titans.

The game allows you to switch seamlessly from piloting a Titan to more traditional on-foot combat. While on the ground, your agile avatar is able to get around the map using a unique free-running style.

The beta for Titanfall allowed players to get a taste of the game before it released on March 11. After playing the beta, CMU sophomore Kyle Johnson said he enjoyed his early look at the game.

“I think the game has a fresh take on a traditional multi-player shooter,” Johnson said. “Being able to parkour around the environment is extremely addicting.”

England said he is excited for Titanfall because of its innovative gameplay and of the development team behind the game.

Titanfall is now available for Xbox One and PC. It will also release for Xbox 360 on March 25.

The third game in the InFAMOUS series, this Play Station 4 exclusive comes to us from Sucker Punch Productions.

The game picks up seven years after the end of InFAMOUS 2, where people with superhuman powers are being hunted down by a government organization called The Department of Unified Protection. You play as Deslin Rowe, a Conduit who must fight against DUP forces in Seattle.

Deslin starts off with the ability to channel smoke and fire. He can use his power to teleport, levitate, fire projectiles and much more. The visually stunning orbital drop, for instance, sends Deslin rocketing hundreds of feet into the air to come crashing down on his enemies.

Deslin is able to take on the powers of other Conduits he defeats, meaning there will be a wider array of attacks and abilities than in previous InFAMOUS games.

The game uses a morality system where the choices you make and the way you fight affect your character’s personality. Choosing good or evil actions also change how the story plays out.

InFAMOUS: Second Son will be out for Play Station 4 on March 21.