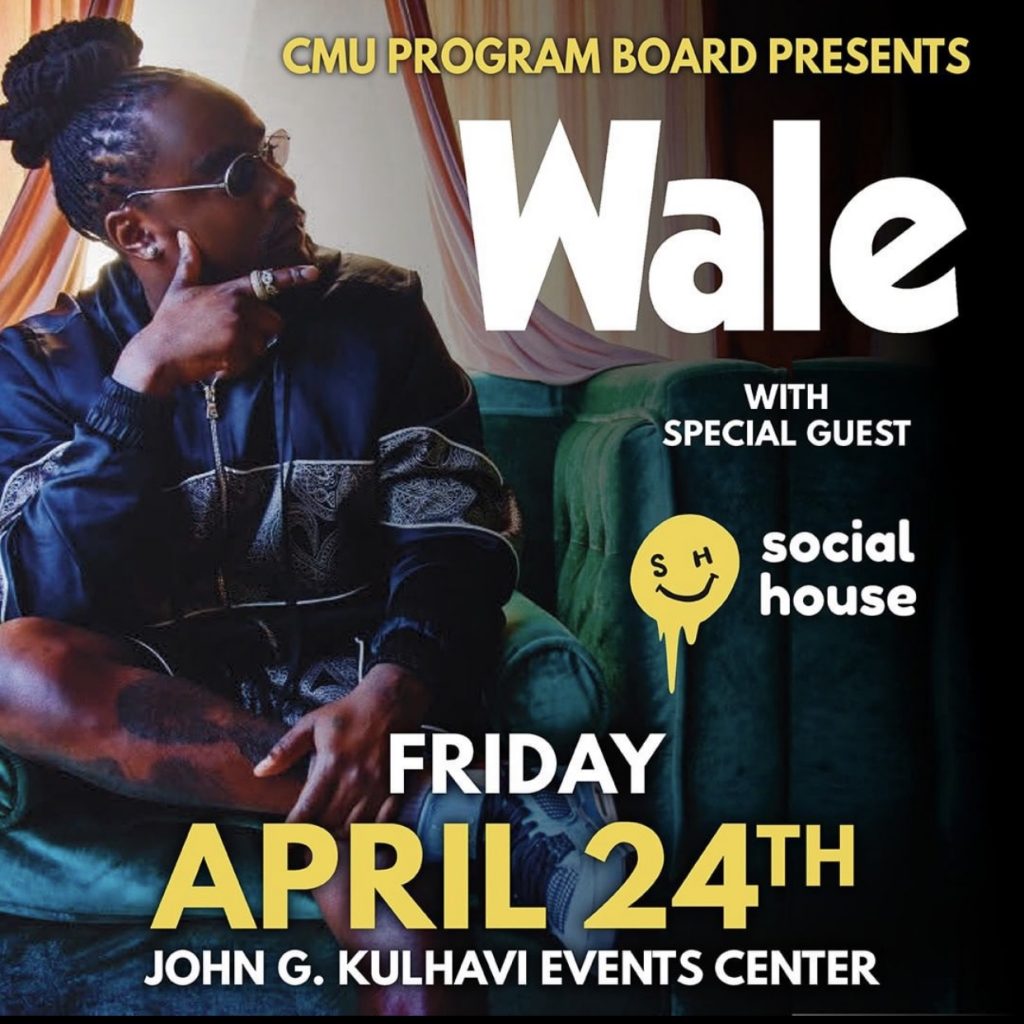 Photos courtesy of Wale and Program Board

Wale rose to fame when he was signed to Allido Records in 2007. He has been recording music since 2006.

His most popular songs include “On Chill” and “Her… (My Fault),” both of which appear on his recent album Wow…That’s Crazy, released in October of last year.

Social House formed in 2015 and has collaborated with artists including Ariana Grande and Lil Yachty.

While some are excited for the upcoming concert, others are confused or uninterested.

“I’ve never even heard of Wale,” said sophomore Megan Trombley. “I would have to listen to some of their music before I consider attending.”

“It’s not the kind of music I’m into, but I know that there are a lot of people who are,” freshman Allison Spens said.

On the other hand, some students are enthusiastic for the upcoming concert.

Tickets will go on sale on Feb. 10 and can be purchased through Ticket Central. Tickets will cost $10-20 for students and $15-25 for the public.