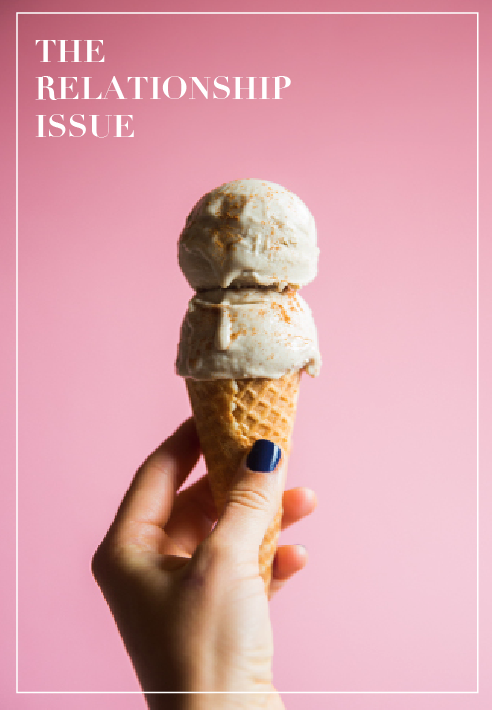 Breakups are some of the hardest things you’ll go through in life. They seem to flip your world upside down and change your outlook on just about everything. Although the loss is tough, you grow from it and in the end, come back stronger than ever.

When Annika Sholander, a student at Central Michigan University, eliminated some of the key ingredients in her diet, that is exactly what she experienced. She broke up with some of her favorite foods, only to gain more love for herself and her body.

Sholander cut out sugar, grains and starches from her diet for two weeks at a time to cleanse her body and start fresh.

She started this process right before the start of the semester in hopes of keeping away bad habits once returning to school.

This was the third time she has cleansed using this diet, and she says it gets easier every time. Her biggest motivation was a desire to be healthier and more kind to her body.

“You could be skinny as a stick, and still be very unhealthy,” Sholander said.

After two weeks, Sholander slowly introduced healthy grains, sugars and starches back into her diet. She noted the dangers of eliminating these key ingredients for too long.

“It’s healthy, as long as you don’t abuse it. Like some people do,” Sholander said.

Starches, grains and sugars are heavily prevalent throughout a typical American diet, so eliminating them posed quite a challenge.

When asked what the biggest challenge was, Sholander initially said going without ice cream.

However, upon further thought, what she found most difficult about her experience was sifting through ingredient labels and menus to figure out what she could and couldn’t eat.

She quickly realized that many of the comfort foods she loved from the cafeteria contained one of the three ingredients she had given up. She was surprised to find out that meatloaf contains grain and ketchup contains sugar.

Veggies and most meats were safe territory for Sholander, however, she stayed away from greasy meats like bacon. She said the worst days were when her options at the cafeteria were limited. She described one meal that consisted of a slice of tomato, lunch-meat and lettuce stacked together to make a bread-less sandwich.

“I think the worst part was a lot of the stuff I could eat was cold, but I wanted hot food and comfort food.”

Going out to eat with friends also proved difficult for Sholander. She recalled bringing a bag of nuts to a restaurant while her friends dined on menu items.

Her diet required extreme control, and Sholander loved the strength she gained through her experience. For her, it was much more than a diet; it was an effort to strengthen her bond between her body and mind.

She remembers a distinct time she cheated on her diet. She was at Max and Emily’s in downtown Mount Pleasant and she decided to indulge with a dessert coffee. She quickly discovered this one splurge would make it harder for her to stay on track, and it derailed her control.

“When I drank the first sugary drink I just couldn’t stop because I had a taste for it. And [then I began] thinking, ‘well I already had it, I might as well have this,'” Sholander said.

She tried justifying other splurges, which is when she realized this was more than just a diet. She began to apply this same concept to her other parts of her life. She started to question herself: if she was justifying poor eating habits, what else was she justifying?

At the end of the process, Sholander found she had lost a few pounds, but what she gained was the true reward – she took control of her life by taking control of what goes into her body.

During those two weeks she also took the time to educate herself on nutrition and healthy eating. She watched Netflix documentaries and gained a greater understanding of how to get the most out of what she was putting into her body.

At the end of the journey, Sholander found she had grown internally, something she never expected. She felt stronger, and more confident in the choices she made, not just in her diet, but throughout her life.