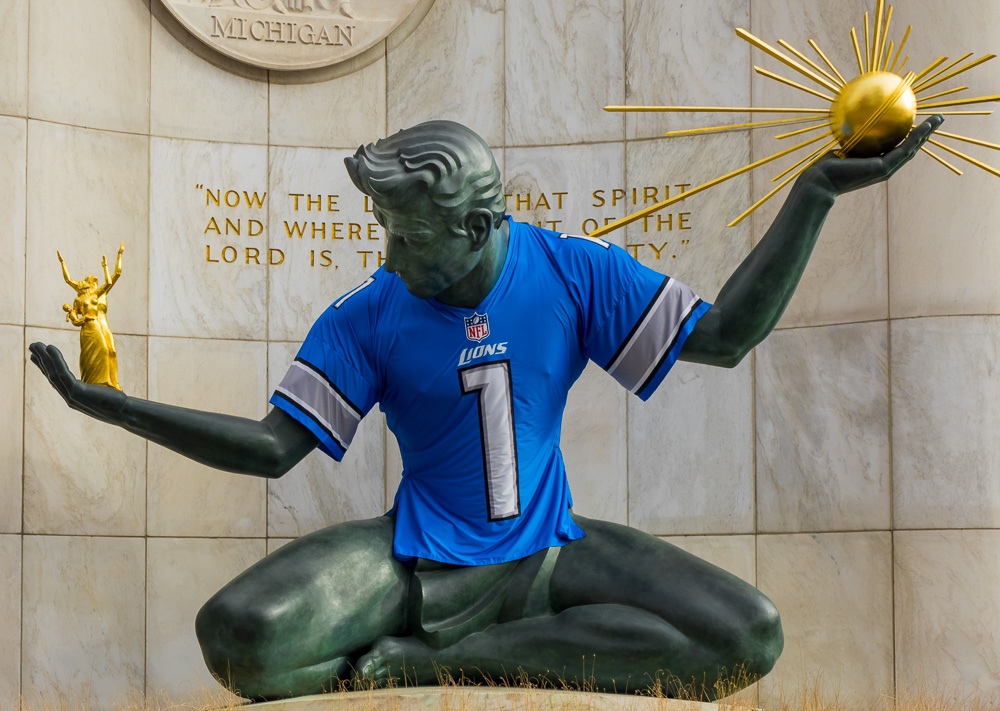 Being a fan of the Detroit Lions is one of the most polarizing experiences in sports.

Lions fans just might be some of the most irrational people you will ever meet. The team repeatedly lets their fan base down, yet people still come back for more year after year. Being a Lions fan is similar to being in a bad relationship: you know things aren’t likely to get better, but you can’t stop going back.

The Lions are known for being a joke of a franchise, having been a consistent losing team for most of their history – making bad front office decisions and routinely making mistakes on the field (see Charles Rogers, Mike Williams, etc.).

Although their track record of making winning decisions is poor, in the minds of fans, there is always hope when it comes to the next season.

Lions fans almost always seem to display this irrational sense of hope that struggling players will turn it around and that the team will start winning games. This is a part of the experience of being a Lions fan. You’ve found a way to convince yourself that Jon Kitna would lead a talent-deprived roster to the playoffs.

After all the years of misery and sacrifice, the Lions seem to have turned over a new leaf and have started to play good football.

A new coaching regime, led by Jim Caldwell has brought a culture change to Detroit, minimizing the bonehead plays on the field and maximizing the opportunities to win games. In Caldwell’s first season, he was able to lead the team to an 11-5 record and a wild card berth in the playoffs.

Success is terrifying to any long-time Lions fan because it begins the waiting game of wondering when things will fall apart again in the “same ole’ Lions” fashion. Success is also reason for record-breaking levels of irrational hope – the curse that plagues all who follow this team.

Hopes are at an all-time high in Detroit after last season. The team was able to make the playoffs and have an opportunity to win a game there, something they haven’t accomplished in over a decade.

However, there is no telling that to your typical Lions fan. If you ask them, this is the year Matthew Stafford turns into the second coming of Joe Montana and leads a high-powered offense while trampling over opponents throughout the season.

But the cold harsh reality will hit somewhere in the first few weeks of the season when the defense will struggle to make a stop and all of the team’s offensive weapons won’t be able to get on the same page.

If there is one thing the Detroit Lions will always be consistent with, it is their ability to be remarkably inconsistent. Within the same game, they will go from looking like the best team in football to looking like a pee wee team.

Welcome to the Lions fandom.