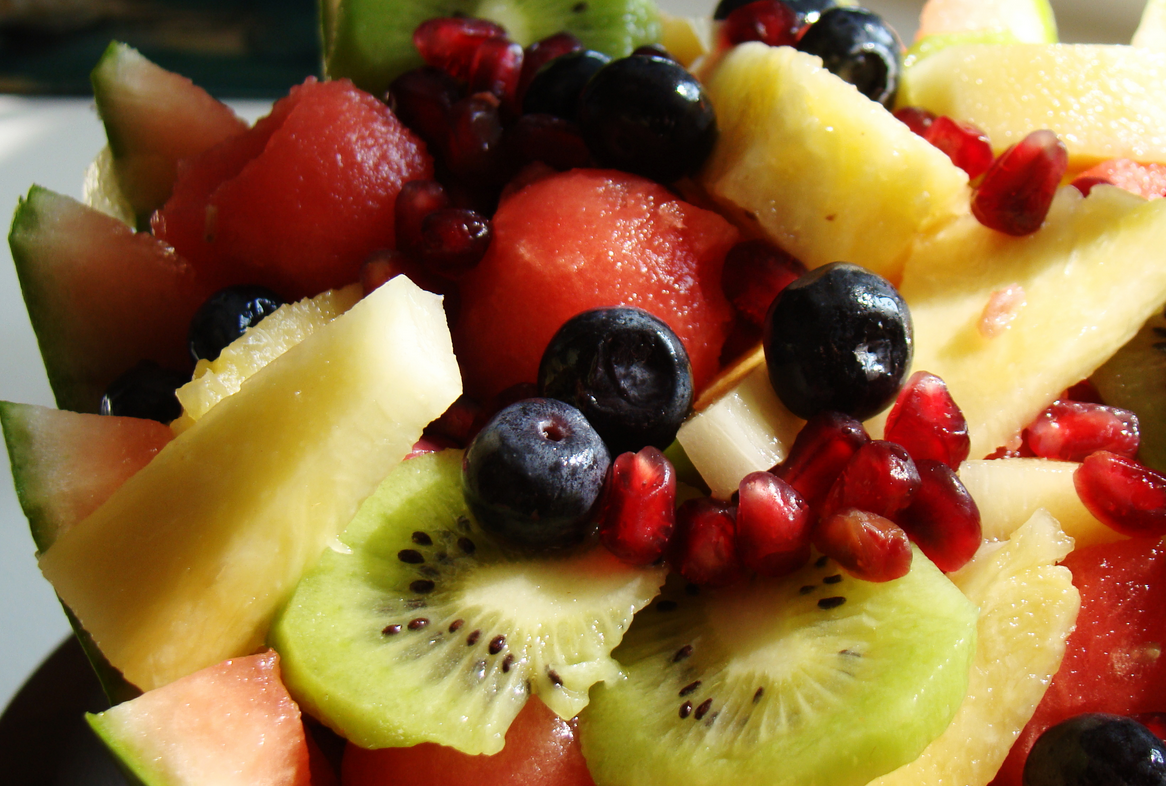 The warmer weather is upon us, and if you’re a foodie (the fact that you’re reading this suggests you are), then you’re probably thinking of cool and refreshing fruits.

Among the apples and pineapples, there are some exotic fruits here in the United States. And, if you’re looking to mix up your diet or bring some culture to your summer party, then you’ve come to the right place.

Here are six fruits that will surely set you on path to the exotic part of the food world.

The starfruit, aka the carambola, is a fruit originating from southeast Asia. Its grooves give the fruit it’s star-shaped name.

Starfruit is usually eaten without having to peel or chop, making it a rather convenient snack. People have described the texture as grape-like.

Some of the benefits of the starfruit include low sugar and high potassium.

In Hawaii, it is often made into a sorbet, making it a true “star” among the residents.

The Kumquat is another Asian fruit, thought to originate in China.

It is a tangy, yet sweet fruit that contains six grams of fiber per 100 grams according to the USDA, making it great if you are lacking fiber in your diet.

Kumquats are usually around from fall to early summer seasons here in the United States. It can be eaten with the peel (if you like it sweet) or with the peel and flesh.

The combination of  sweet and sour would make this fruit great for salsa or jam.

A gold fruit originating from East Asia, the persimmon is a widely known fruit, yet doesn’t have a strong presence in the United States.

Its shape resembles a wider oval and gets harder as it ripens, but can be refrigerated for a few months depending on the variety.

In Japan, persimmon is used for puddings, cakes and other assorted desserts. They also put it on top of breakfast cereal. (Try it on your Cheerios!)

A snakefruit is given its name based on to the scaly appearance and texture of the skin. (Now doesn’t that just sound exotic?)

It’s popular around Malaysia, Bali and Thailand, often sold as a street food in these countries.

The inside of the fruit is sweet and acidic at the same time. It has a citrus aspect to the flavor, but it’s not overpowering.

You have to peel off the skin to taste it for yourself, assuming you don’t like cutting your mouth on the skin.

On the subject of fruit and menacing creatures, the dragon fruit is a native to Mexico.

Dragon fruit is eaten by cutting the fruit open to reveal the flesh.

The fruit itself is like a Kiwi, both in texture with the small seeds throughout, and also in flavor.

Some say the flavor is rather bland, which is ironic, given it’s enticing name – dragon fruit.

Another fruit from the Mexican frontier is the Tomatillo. It’s a relative of a tomato (yes, tomato is a fruit), and covered with a corn-like husk. The fruit is green, yellow or red in color.

Tomatillo is mainly used in sauces, such as salsa verde. The taste is similar to a tomato – acidic and tart. So, next time you want some salsa, go green (or verde, in this case).

They say variety is the spice of life, so why not spice up your fruit game?

Foodies, we know you want to.