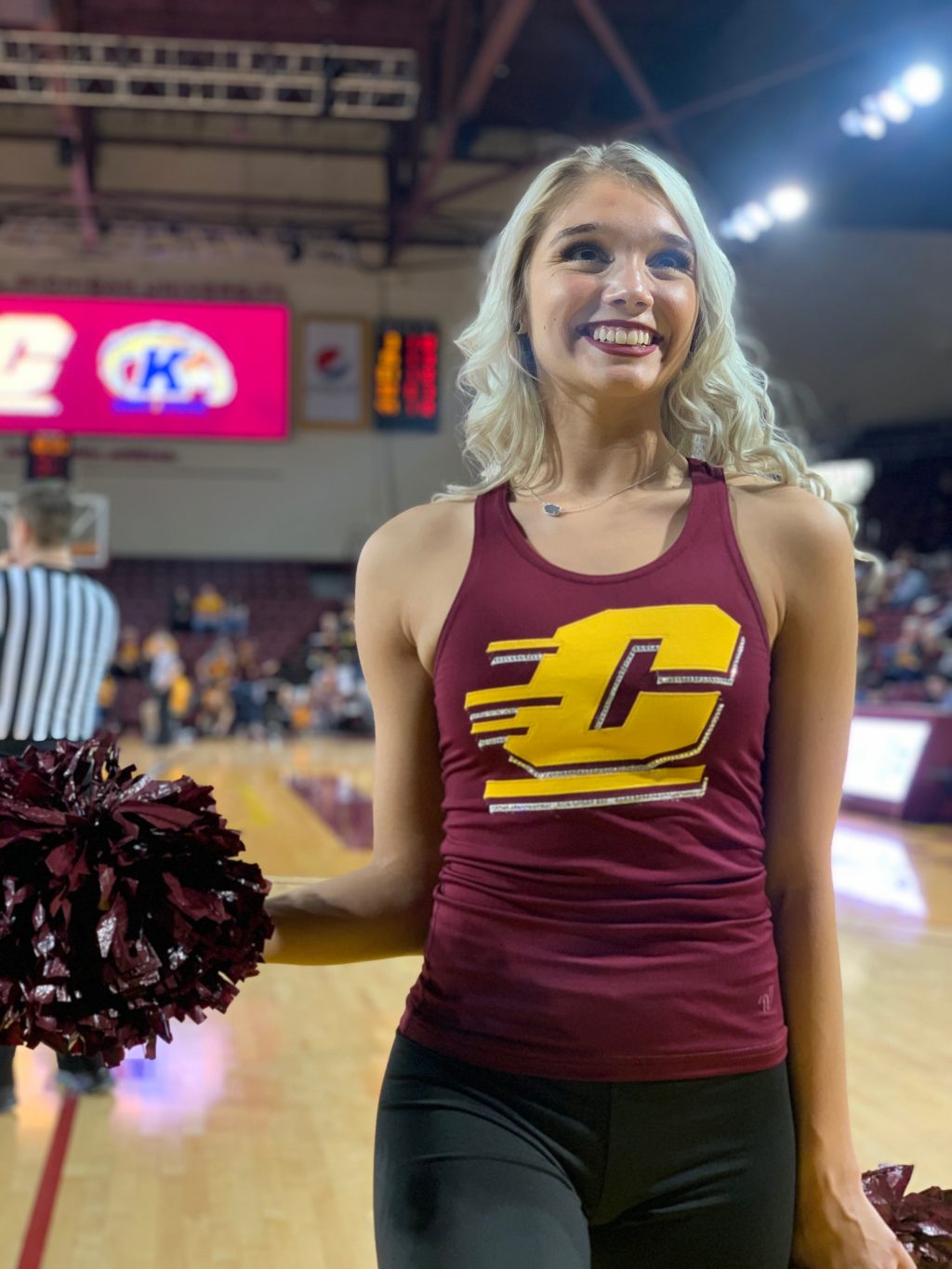 The Central Michigan University dance team is a competitive squad who performs at every home football game, men’s and women’s basketball games and other athletic events.

While off the court and off the field, the dance team travels to Las Vegas in April to compete against other collegiate dance teams from around the world.

Amy Bunting is coaching her 20th season this year.

The team practices three days a week at 6 a.m. During practices, they prepare their game day material and also started working on their nationals routines.

CMU junior Lauren Nyitray is a third year member as well as a junior captain.

“My time on the dance team has given me more opportunities and experiences than I ever imagined for myself in my college career,” Nyitray said. “I now know what it’s like to have a home away from home where I can be my authentic self.”

Nyitray also sees her chance to perform as a privilege. She enjoys doing what she loves and represent CMU while doing it.

Freshman and first year member Kaitlyn LaValley believes that being on the dance team is the best decision she has ever made.

“Coming to a big school as a freshman is scary, but having a group of girls that I learned to know helped out a lot in the beginning. I met my best friends today through the dance team and we all have a bond that we will keep even after we graduate,” LaValley said.

LaValley also added that being on the team has helped her manage time better as well as allowed her to step out of her comfort zone. Some of her favorite memories are bonding with the team.

“My team never fails to make me laugh and have a good time,” LaValley said.

Junior Megan Shively is currently in her third year as a member of the dance team. Shively believes her time on the dance team has allowed her to make more intimate connections with campus and the community.

“Being on this team has given me so much, but above all, it has given me a family that I know will always be there for me no matter what,” Shively said.

More information on the CMU dance team application, tryouts and contact information can be found on the team’s website.